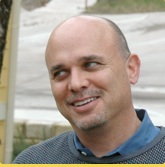 Dallas Morning News reporter Jason Trahan has blogged that a Texas low income housing tax credit developer at the center of the FBI sting that sent Dallas Mayor Pro Tem Don Hill to federal prison has petitioned the judge that he be allowed to travel to europe to engage in neighborhood redevelopment projects in Israel and europe.

Brian Potashnik, the developer at the center of Dallas’ biggest public corruption scandal ever, plans to relocate to California and “restart his career as a real estate developer,” according to a new court filing.

He was released from prison in December.