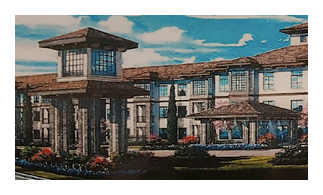 The Harris County Housing Authority (HCHA) has proposed a new development, Retreat at Westlock, that would offer 140 units for seniors aged 62 and older in Tomball, a suburb northwest of Houston. The apartments would be privately managed, serve seniors who earn less than 60 percent of the area’s median income and would not be funded through the U.S. Department of Housing and Urban Development (HUD) Section 8 Housing Choice Voucher program. On July 30, the Texas Department of Housing and Community Affairs approved funding for the Retreat at Westlock from the state’s Low Income Housing Tax Credit (LIHTC) program.

(Note: As an LIHTC property, Retreat at Westlock would not be allowed to discriminate against Section 8 voucher holders, who could apply and be considered for housing. But the project is not funded using the Section 8 program.)

The idea of new housing for low income seniors has been met with virulent opposition by some members of the Tomball community, who created a petition on Change.org asking HCHA and county commissioner Jack Cagle to “shut down HUD funded HCHA Section 8 housing” and scrap plans for the development entirely.

In June, a confrontation between police and African-American teenagers at a pool in north Texas received national attention after a white resident reportedly admonished the teens to go back to their “Section 8 housing.” The incident highlighted racial tensions in the Dallas suburb of McKinney, where residents fought to keep low income housing out of the white side of town, and clearly demonstrated how “Section 8” has become a racial code word for some opponents of low income housing.

Compiled below are some selected comments from the Change.org page, articulating some residents’ reasons for opposing senior housing. 1,258 people have signed the petition as of this writing. Keep in mind that HCHA’s resident population is mostly African-American – 86 percent of applicants for housing in 2008 were black. It’s also worth pointing out that there is no association between housing vouchers and crime increases, and that even so, Retreat at Westlock is not a Section 8 development. Again, it would serve low income people 62 and up.

In their own, unedited words:

R.J., Houston
This will only bring thugs, drugs and crime into our area.

T.D., Tomball
I don’t want my area to become “ghetto”

B.J., Pinehurst
Just moved in this area to get away from the riff raff who wind up living in that type of housing and unfortunately they bring more crime into the area, and land values decrease…safety is diminished… Ask anyone who has lived in Spring TX… It USED to be a pleasant. safe area Not Anymore!!!!

B.W., Pinehurst
Because I work and have worked hard all my life and have been given noting for free or discounted. I am tired of all the government handouts to lazy people. Free cell phones to homeless people and HUD/Goverment housing – tired of it all. I have had my vehicles broken into, due to being in close proximity and I moved where I moved to help stop that. I do not wish to have it in my backyard.

H.L., Tomball
I don’t want my area to unfortunately deteriorated because of the people that might moved into the apartments and we see this all the time over and over again we work so hard to have a decent neighborhood

S.R., Spring
Forced integration of Section 8 housing by the federal govt. providing grants to developers with taxpayer dollars who oppose these types or social community re-organization projects should not be allowed.

S.U., Magnolia
We moved away from Houston to get away from all the crime and now all these additions being made in Tomball is just bringing in more crime.

C.R., Tomball
I disapprove of any HUD funding anywhere near this area. We moved out this way to get away from that type of atmosphere. I understand some want better but work hard like we did to get here.

J.P.L., Tomball
You guys can go Fuck yourselves!!!!! Fuck you for trying to build this piece of shit community in my back yard destroying my property value and our schools!! Fuck you motherfuckin assholes!!!!

3 comments on “In their own words: Some Harris County residents incensed over proposed low income housing for seniors”