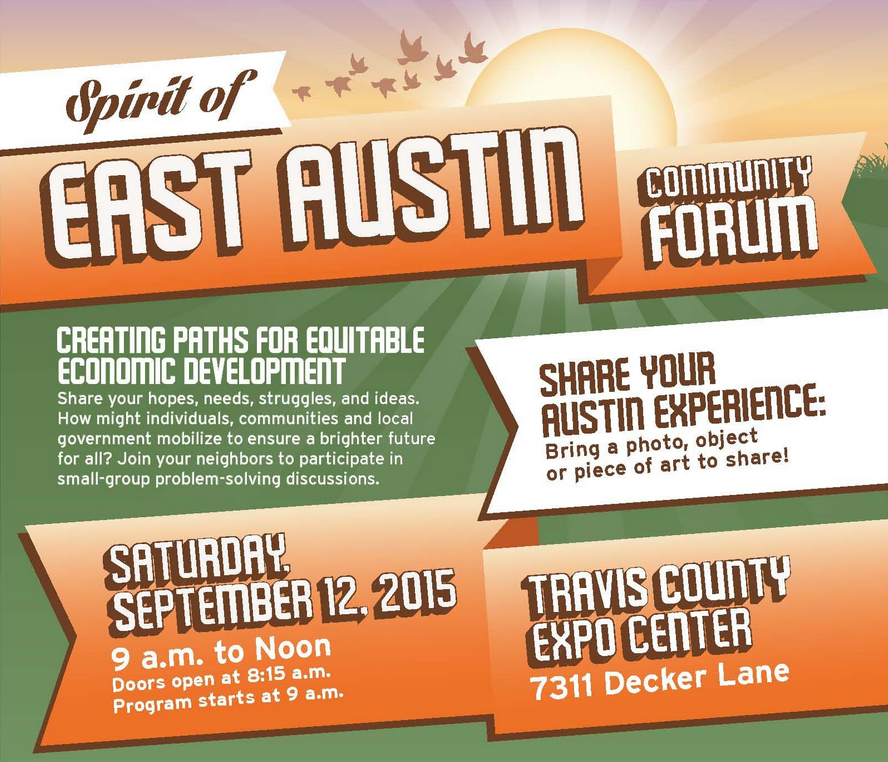 On September 12, Austin residents and city leaders, including our co-director, John Henneberger, will gather to discuss the future of East Austin.

The Spirit of East Austin Community Forum will include short presentations and interactive small group discussions about the rapidly changing East Side. The forum’s focus is the question of “equitable economic development.” Or, put another way: How can East Austin maintain its character in the face of dramatic gentrification?

The racial composition of East Side neighborhoods is central to that character. John’s presentation at the forum will focus on Austin’s legacy of racial discrimination on the East Side: First, the creation of a legally segregated ghetto for African-American residents, then the disinvestment in public services for minority communities and, now, the displacement of many minority households due to gentrification.

Today some East Austin neighborhoods are among the city’s most racially integrated, while others still suffer from unequal treatment. The Spirit of Austin forum is clearly a small step in the process of building an equitable future for East Austin. But it is a step, and we commend the event’s organizers, including the mayor and City Council members, for putting it together. The only way that East Austin’s future includes everyone, especially those affected by its discriminatory past, is if everyone has a seat at the table.

The forum takes place in the Travis County Exposition Center banquet hall from 9 a.m. to noon on Saturday, September 12. Doors open at 8:15 a.m. and supervised activities for children will be available.