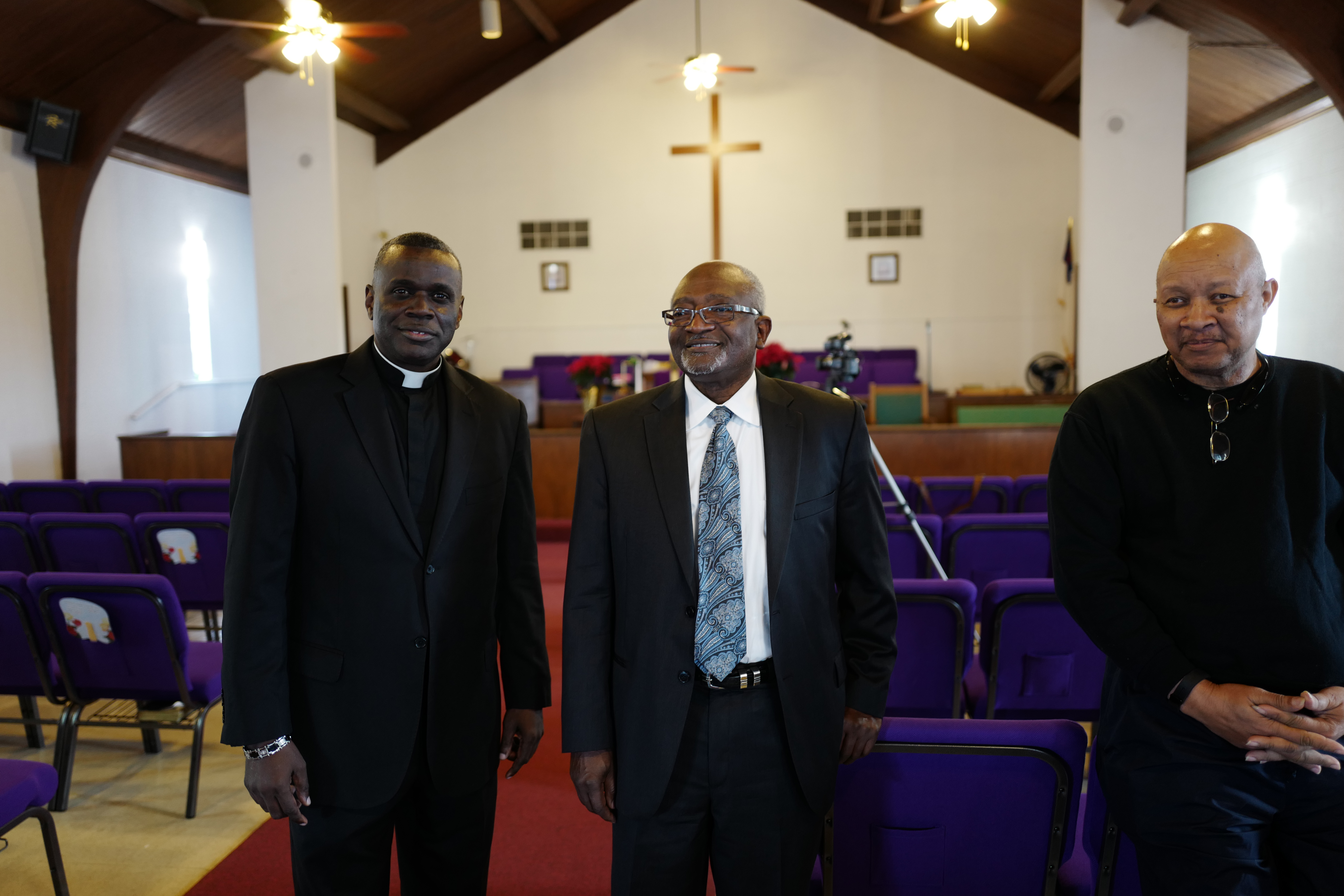 If the residents of Corpus Christi’s Northside are not jumping with joy after winning a first-of-its-kind, multimillion dollar buyout agreement, it’s understandable. One can only imagine what residents of Hillcrest, a historically segregated neighborhood, are feeling.

Families who have lived on the Northside for decades, filling their homes with memories, will now face a choice: Stay and try to preserve their community while a new bridge project increases already-dangerous levels of pollution, crime and blight, or use the buyout to move to a comparable home in a safe and healthy neighborhood while leaving their history behind.

“We cannot change the past…but what we can do is ensure we have a good future. This is a step in that direction.”
– Lamont Taylor, Citizens Alliance for Fairness and Progress

“The victory is bittersweet,” said Dr. Robert Bullard at a press conference called by the Citizens Alliance for Fairness and Progress, the neighborhood organization behind the Title VI civil rights complaint that led to the historic buyout agreement between the Texas Department of Transportation and the Federal Highway Administration over the bridge project. Bullard (pictured above, center), a professor at Texas Southern University known as “the father of environmental justice,” attended the neighborhood’s press conference to “stand in solidarity with those who are fighting for justice.”

The Hillcrest neighborhood was platted in 1911 as an exclusive white community near Corpus Christi’s country club, but when nearby African-American and Hispanic communities, maintained under Jim Crow as racially segregated, became overcrowded, Hillcrest’s zoning and racial deed restrictions were relaxed to allow minorities to own land. By the 1950s, Hillcrest had become a community of African-American and Hispanic residents, with minority-owned restaurants, shops and nightlife. Residents were nurtured spiritually and educationally by historically minority churches and schools. When Jim Crow laws were overturned, many of those who could afford to leave did so. The diffused minority population drew minority businesses elsewhere, leaving the formerly self-sufficient community struggling.

Hillcrest began feeling external pressures from an expanding city and port. Heavy industry, refineries and the Port of Corpus Christi snatched up the land on Hillcrest’s north and west sides. Then the state and federal highway departments chose an alignment for Interstate 37 that wrapped around Hillcrest’s southern edge. Now, Hillcrest will be hemmed in by the new route for the Harbor Bridge to the east.

As much as residents love their community, they face displacement due to a legacy of disinvestment and pollution by the City of Corpus Christi, the port, heavy industry, Interstate 37 and finally the new Harbor Bridge. Northside residents stood up for what was right for their community by speaking out against the bridge proposal, but once again, another publicly-funded project will isolate and segregate Hillcrest from the rest of the city. Speaking with one voice, through the mechanism of a civil rights complaint, has enabled them to reach an acceptable deal that provides mitigation options and relief.

After being on the receiving end of so much injustice for so long, in the words of Dr. Bullard: “It’s time for these communities to get justice.”

The right to choose

“These agreements have enabled us to move forward and create a livable and healthy future for ourselves…hopefully everyone will get what they want out of it and be able to live and be happy. I don’t yet know what my plans are, but I’m thankful to have the opportunity to be able to have a choice.” – Rosie Porter, longtime Hillcrest resident

The buyout option finally presents Hillcrest residents with real options. The details of the offers will be established on a case-by-case basis with the help of a relocation counselor, with additional financial services included along the way.

The terms of the agreement allow a resident to decide to either stay in their home under a life estate, and sell the home at the end of their life with an attached restrictive covenant to not use land for residential purposes in the future, or to move into comparable housing in a new neighborhood with the difference in cost covered by the Port of Corpus Christi. Renters will receive assistance for decent housing elsewhere and public housing tenants will receive housing vouchers while new public housing is built elsewhere.

One question remains about the choices available to residents. In order to preserve the social networks created over the years, could residents who want to move relocate together? Perhaps a new housing development could be created in an environmentally safe, quality neighborhood that respects the specific urban design features that were unique to the city’s oldest neighborhood. Such a neighborhood could be designed in order not to reproduce the racial segregation that isolated Hillcrest.  Perhaps this option would prove to be an easier choice for residents interested in moving but hesitant to leave their special community behind.

Unfortunately, a “moving together” option was removed from the final agreement signed by the government agencies. While residents decide what is best for themselves, their private partner organizations including ourselves and Texas RioGrande Legal Aid will continue to search for a way to offer this third option to residents.

Work left to do

As complex and comprehensive as the agreement may seem, residents and their partners will continue to oversee the buyout process to ensure those who were left out get a fair shake.

The first remaining issue is to oversee the reconstruction of public housing scheduled to be demolished. Although public housing tenants at the D.N. Leathers complex will receive vouchers to relocate, it remains to be seen when and where the 122 displaced units will be replaced and if rent vouchers will allow them to immediately successfully relocate.

The community advisory board soon to be established will have a lot of work to do. Residents living in Washington-Coles, the adjoining neighborhood to Hillcrest, will experience similar isolation from the new Harbor Bridge. They were not included in the agreement, and will therefore not receive the relocation options afforded to Hillcrest residents. But Hillcrest neighbors are acutely aware of this, and are working to ensure mitigation plans included in the agreement, such as park revitalization, construction mitigation and targeted future housing repair funding, are carried out quickly and effectively to benefit both Hillcrest residents who choose not to move and Washington-Coles residents who don’t have that option.

Lastly, as supporters of the Hillcrest residents, we are dedicated to standing with them through this process, providing technical assistance to the residents as they begin to explore and exercise their options. We will assist their attorneys to make sure every one is fully aware of their options and are receiving honest, complete information about their home values and future housing costs.

We stand with Hillcrest as they celebrate their hard-fought victory. Together with them we also mourn the loss of this historic community at the hands of public policies that created, over generations, racial discrimination and segregation that brought things to this point. The memories and significance of Corpus Christi’s oldest neighborhood must be preserved through a new, inclusive community of opportunity so the bitter lessons of the past are learned and the sweet joy of community can endure.