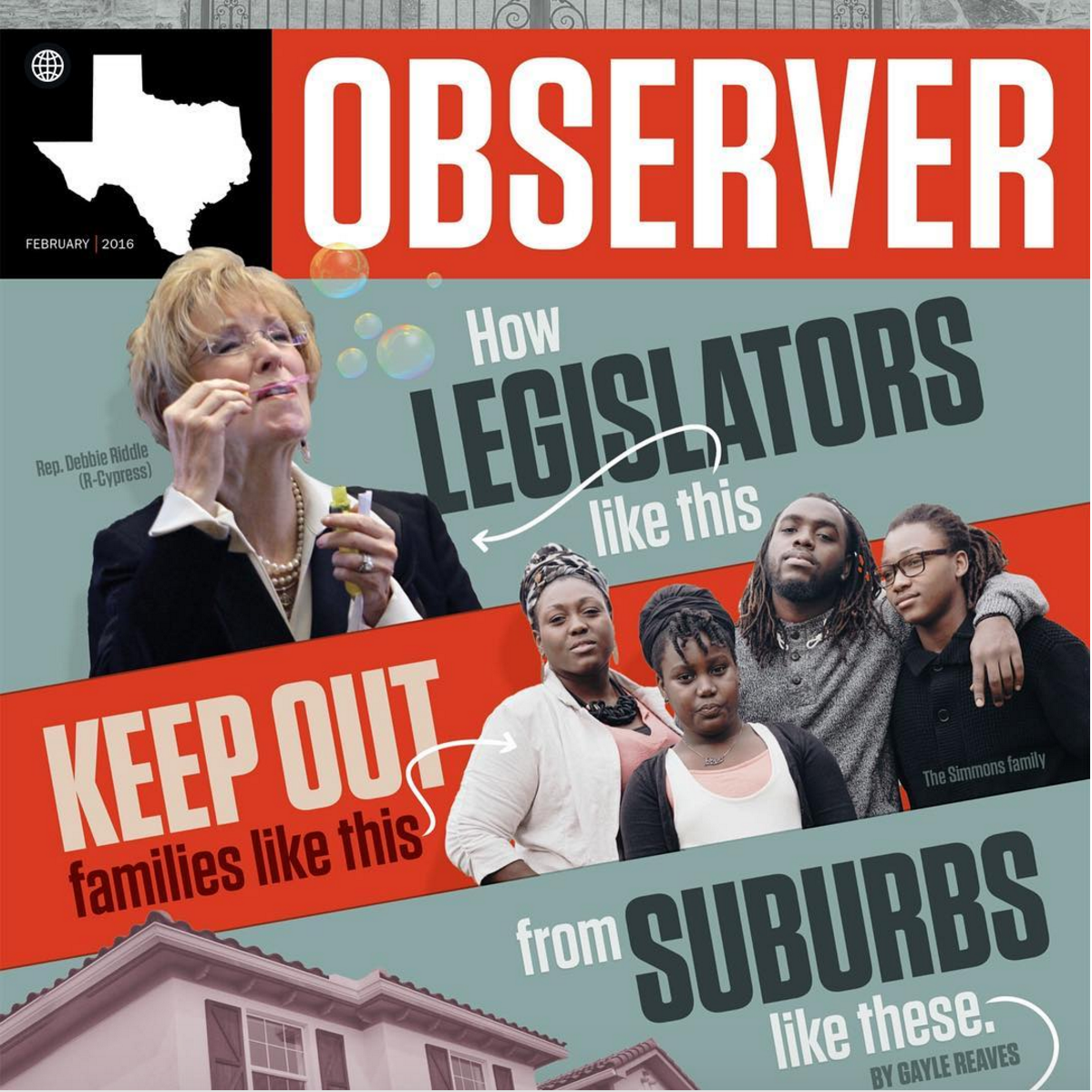 In August we released our 2015 Texas Housing Tax Credit Report, an in-depth examination of how last year’s state process of awarding tax credits to incentivize developers to build affordable units fared from a fair housing standpoint. The report found that tax credit developments are frequently built in undesirable locations due to flaws in the state’s scoring system and, most notably, the influence of state legislators, who wield disproportionate power in the approval and disapproval of applications to build affordable housing and often respond to local prejudice against low income tenants by blocking tax credit projects in their districts.

This month’s Texas Observer delves into the issue of legislator influence on affordable housing in a comprehensive, alarming cover story called “The House Always Wins.” Written by Pulitzer Prize-winning reporter Gayle Reaves, the article tracks the elected officials and community groups fighting to keep affordable housing out of their mostly affluent, mostly white communities – and the low income, mostly African-American and Hispanic families who feel the consequences.

For people like Chandra Simmons and her children, an African-American family in the Houston area featured in the story, the lack of affordable housing in affluent suburbs means that housing options are limited to substandard, sometimes dangerous units in low income, low opportunity neighborhoods. They have little to no say in the state’s current system – instead, the loudest and most influential voices are those of prejudice and exclusion. As our co-director John Henneberger put it to the Observer:

“You’d think we were building a nuclear reactor [rather than low income housing]. It’s like everybody gets a vote except the poor people who might get to live there.”

You can read the article on the Observer‘s website, and check out our full Tax Credit Housing Report below: