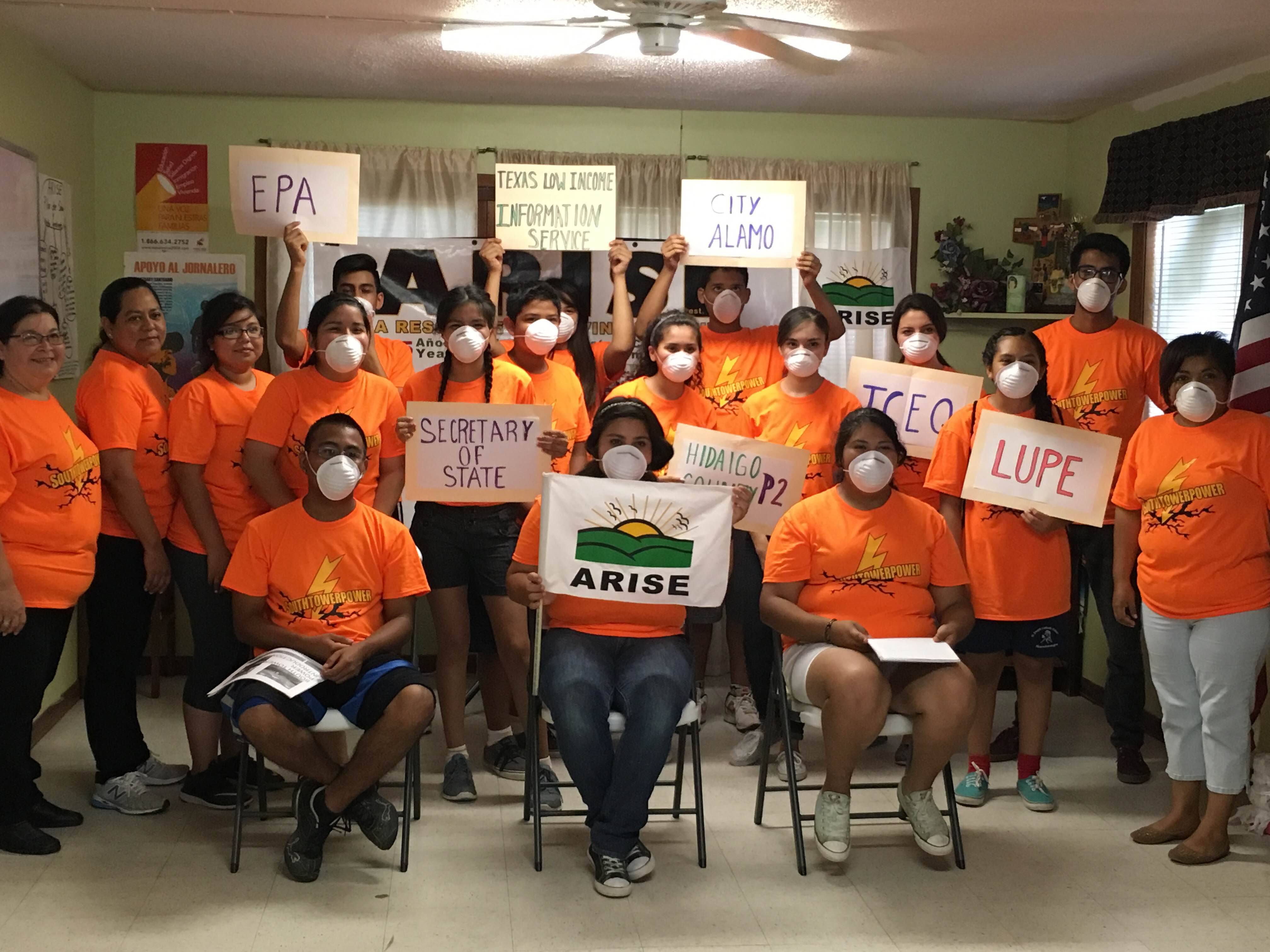 Youth activists in the Rio Grande Valley have already won increased resources and attention to address the odor nuisance caused by an open lagoon sewer treatment plant in their community. And now, they have persuaded the Texas Commission on Environmental Quality (TCEQ) to hold a public hearing on the issue later this week.

The high school student members of Jóvenes del Valle en Acción, working with our partners at A Resource In Serving Equality, have spent the past year advocating for upgrades to the City of Alamo’s malfunctioning sewer treatment facility, which produces a noxious and dangerous odor in the nearby South Tower colonia. Their “South Tower Power” campaign seeks not only to eliminate the foul smell, but also to fight broader environmental racism and injustice in the colonias of the Valley.

As a result of the students’ advocacy and outreach, community members organized to report the effects of the odor to TCEQ, which conducted investigations and determined that the facility violated the law. According to Alamo city manager Luciano Ozuna, the City will respond by investing $1.7 million into retrofitting the plant with pumps and aerators to keep oxygen levels higher and the smell lower.

The leaders of Jóvenes del Valle en Acción are aware that a long-term solution is needed. That’s why they’ve taken the next step, working with State Representative Armando Martinez to request the public hearing so that the larger community can review and discuss a TCEQ permit renewal for the open sewer. The students know it is imperative to engage their community in order to keep their government accountable.

The public meeting will take place on Thursday, June 16 at 7 p.m. at Alamo City Hall.

Pictured at top: Members of the South Tower Power campaign hold signs representing the various organizations and agencies that play a role in eliminating the smell from the City of Alamo sewer treatment plant.