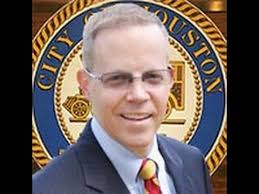 Sen. Elizabeth Warren closely questioned Neal Rackleff, the former housing director in Houston and President Trump’s nominee for HUD Assistant Secretary for Community Planning and Development, about his support for the 13 percent cut to federal housing programs proposed by the Trump Administration.

Mr. Rackleff appeared at a nomination hearing before the U.S. Senate Committee on Banking, Housing and Urban Affairs on July 18. Having decided to accept the President’s nomination for the position at HUD, there was probably little Rackleff could do but support the Administration’s budget. But Sen. Warren’s questions clearly exposed the inconsistency that someone like Neal, who has worked earnestly for housing for the poor, could now find himself defending these draconian cuts.

It is one thing to watch a politician like Secretary Ben Carson struggle to defend the Administration’s budget while arguing (falsely) that “no one will be put out on the street” as a result. But it is another thing to watch a sincere and dedicated career housing professional forced into the same position.

Alas, these are strange times.