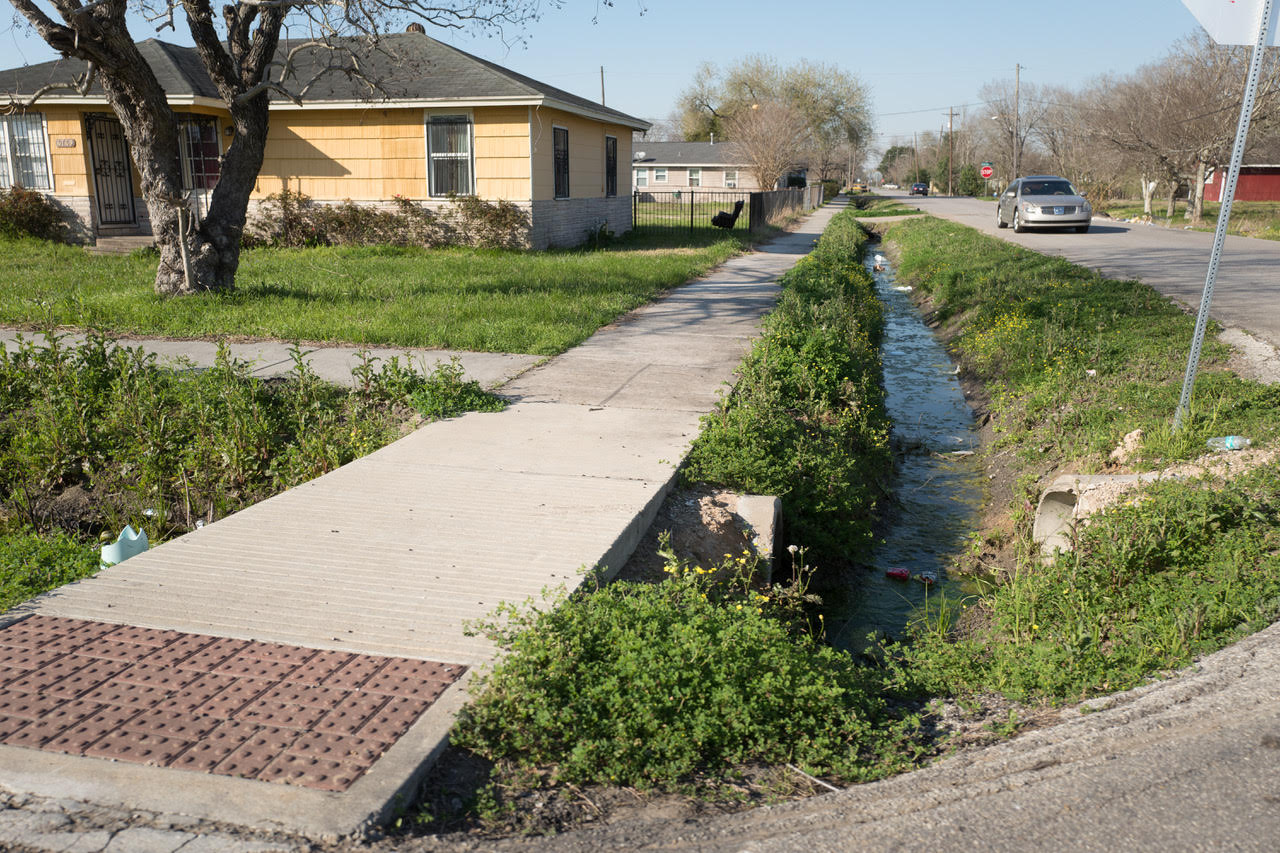 (This photo above is a typical open drainage ditch in the African-American Houston Sunnyside neighborhood before Hurricane Harvey.)

The City of Houston has known for several years that neighborhoods of color were inadequately protected from even modest storm events. And according to a drainage study conducted in 2014, flooding in many minority neighborhoods was inevitable. Still, the city took no action.

After Hurricane Harvey, much of the city was inundated with floodwater that was unprecedented. Regardless of the drainage systems, the city’s infrastructure as a whole was unprepared for that amount of water. But there are many ways damage could have been mitigated, including better neighborhood drainage.

For months, Texas Housers, along with our Houston partners, the Texas Organizing Project, requested that the city’s public works department formally examine inadequate drainage that many of TOP’s members have endured, particularly after flooding post-Hurricane Ike. In 2014, the Housing and Community Development Department commissioned a multi-million dollar study, conducted by the Public Works and Engineering Department.

The researchers performed an assessment of the city’s open drainage ditches, most of which are located in low-income black and brown communities such as Sunnyside and Northside.  They analyzed the level of drainage service these ditches were capable of handling based on type of storm.

In our analysis of the data produced from this study, we found that:

Here are a couple of maps that illustrate those points:

To make matters more complicated, the city of Houston enacted a property tax cap, which constrains municipal revenue for things like public infrastructure. This makes it more difficult for city leaders to invest in improving this public infrastructure today that they should have invested in 50 years ago.

“The city of Houston has been living on the cheap by never retroactively looking at these neighborhoods of color and addressing the infrastructure problems,” our co-director John Henneberger said.

What can be done
It would be extremely expensive to turn these hundreds of miles of drainage ditches in Houston into underground closed drainage systems. And, it’s clear that many ditches are effective at drainage. But the way these inadequate ditches have been allowed to remain in neighborhoods of color is a fair housing problem. Many people of color have a lower quality of life than white residents in these neighborhoods in part because of these drainage ditches. They are a mobility hazard, often occupy the space where sidewalks would be, they collect garbage and debris, and they expose many communities to the nuisances and hazards posed by standing water.

Following the completion of the city’s 2014 study, our Charlie Duncan and John Henneberger testified in city public hearings regarding the use of prior federal disaster funds. During public comment period they tried to influence how the city could direct those funds to have the greatest impact for these particular neighborhoods.

There is no concerted effort today in fixing these drainage problems. With billions of dollars likely to flow into Houston recovery efforts post-Harvey, it’s time that the city take another look at investing in effective drainage.