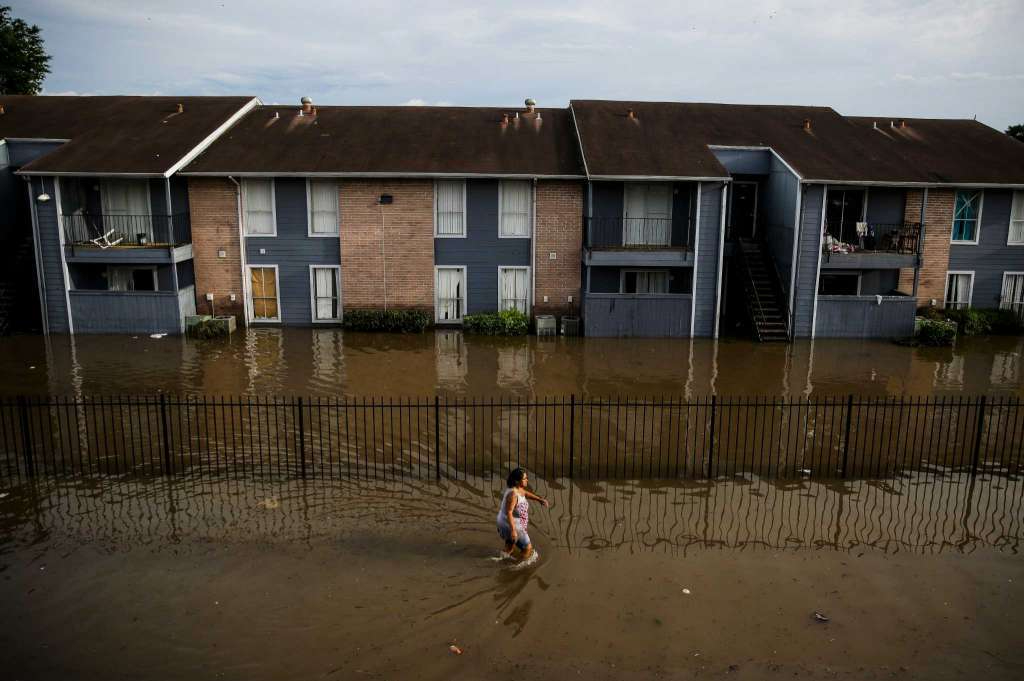 At Texas Housers, our researchers use mapping technology to understand, analyze, and communicate data about fair housing.  Most of the maps we create are made because we are working for someone living in or advocating for a community has raised concerns they’d like us to investigate.  In this way our maps are well-researched, objective resource to reflect the lived experience of a community.

Recently, the Houston team was on Google Maps studying the neighborhood around the Arbor Court apartments in north Houston’s Greenspoint neighborhood.  The Arbor Court apartments back up against Greens Bayou which routinely floods in major weather events. During Harvey’s deluge many residents, including families with young children and seniors, had to be rescued.  As of early March, many tenants whose first floor apartments were destroyed were still living in hotels. Of hotel housing, post-disaster, one Arbor Court resident remarked, “I’m grateful for it, but it’s only good for the first few weeks (post-disaster).  A family of four in one room is hard and it’s expensive having to eat out.”

While examining the area using satellite view, our researcher and community planner noticed something unusual:  many nearby plots of land just across the bayou were empty with single family homes appearing on only a few lots.  In the world of flood mitigation and buyout programs this pattern is called the checkerboard effect and occurs when some homeowners take buyouts while others remain.

Buyouts have been prioritized by the Harris County Flood District near Greens Bayou since the regular flooding of the area can’t be fixed through engineering solutions.  So far, however,  buyout programs have been only offered to homeowners;  with tenants like those at Arbor Court offered no help to get out of the floodway.  Throughout the disaster recovery process tenants, especially low-income tenants, are vulnerable to inequitable recovery.   Hotel re-housing programs like those used post-Harvey are full of hidden costs and FEMA reimbursement for personal property is limited.  Flood damage causes an overall decrease in the supply of apartments that after disaster, making affordable options even harder to find.

The Arbor Court complex receives federal HUD funding as a project-based voucher recipient.  Almost all tenants of Arbor Court have trouble making ends meet as it is, and many tenants cannot find an affordable place to live without this subsidy.  But tenants at Arbor Courts are tragically trapped in place.  If they move out, they give up the HUD rent subsidy attached to these flood ravaged apartments.

Instead of rebuilding the first floor units of Arbor Court only to have them inundated again in the next flooding event, HUD should require this housing development be torn down and the subsidized housing rebuilt in a safer location, in a good neighborhood that does not flood.

Residents we have met with also tell us they and many other Arbor Courts residents would prefer having a Section 8 Housing Choice Voucher they could use to rent an apartment in a safe neighborhood of their choice. That is the best and most just outcome.

1 comment on “A look at GoogleMaps reveals unsettling reality of recovery for Houston renters.”