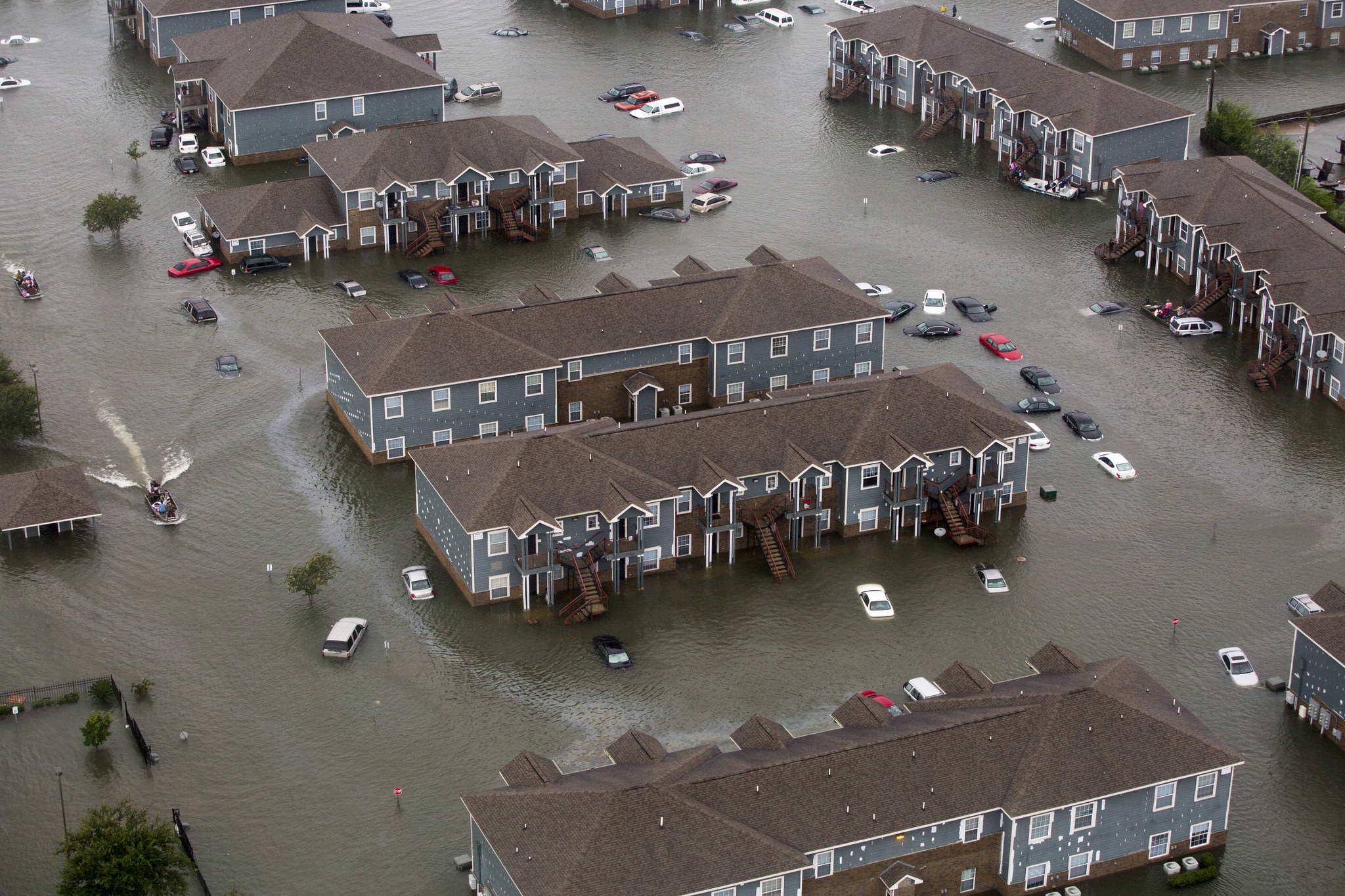 Charlton Pollard Resident, Chris Jones, stands on Irving Street looking at a map of his neighborhood, “This area was affected by hurricanes Rita and Ike, and for a lot of residents, we feel resources didn’t meet the people’s needs. Certain parts of the area you can still see blue tarps on roofs.” The city of Beaumont was impacted by Hurricanes Rita in 2005, Ike in 2008 and now Harvey in 2017 and each left the same devastating effects to the city’s housing stock in many low-income areas.

Jones lives in the Charlton Pollard neighborhood, the oldest African American Community in Beaumont, located between a growing Beaumont Port and Exxon Mobile Refinery. The Charlton Pollard neighborhood’s population is 78 percent African American and has a median household income of $24,306. The median income of households in Texas is more than double that.

Low-income communities of color like Charlton Pollard are often overlooked during disaster recovery. The total amount of recovery money that came into the area after hurricanes Rita and Ike totaled $66 million. However, little change has come to this historic area. “We have housing issues that go unmet,” Jones said. “It is a home repair, a vacant lot that needs a house, or vacant home that needs to be rehabbed”

Jones hopes that the recovery after Hurricane Harvey will be different, that this time the city will use resources from federal rebuilding grants to focus on the unmet needs in the community and particularly in Charlton Pollard. He recalls previous problems: “My neighbor, who is a veteran, his home, was affected by Hurricanes Rita and Ike. He went to the city to get assistance to repair for his home and it was not enough to cover all of his needs.” Jones continues, “A lot of people didn’t have suitable insurance or if they did, some people got cheated out of their money. How can we rebuild our community when all of that happens?”

Many residents looking for resources after Hurricane Harvey are experiencing the same things. As the county prepares to implement its recovery plan, residents are concerned about how state and local officials will manage recovery and what lessons they have learned since Hurricane Ike.

“Post-Ike, there were an extra 18 months of wait time before all the local jurisdictions administered housing programs,” said Maddie Sloan from Texas Appleseed. “Hopefully, with a state-run program this time, that will be cut down.”

“How long the process takes really depends on whether or not you’re low-income” Maddie Sloan said. “Per all the Harvey anniversary coverage, there are plenty of rich, upper middle class people with insurance and other resources that are back in their homes, but anyone who’s more reliant on federal disaster assistance will wait longer –CDBG-DR has always pretty much taken a year or more to get flowing, and then there’s variation based on how the program is set up.”

The United State Census, 2016 American Community Survey, shows that the housing in Chris Jones’ Neighborhood has declined from 1,016 in 2010 to 854 homes in 2016. It is examples like this that raise concern on the need for a concentrated effort to learn the best way to rebuild communities in a timely way and to ensure that everyone who wants to return home can do so.

“For low-income communities, I don’t think it’s so much that the time frame of the process is longer, it’s that they aren’t  included in the first place (e.g. no neighborhood infrastructure projects), have more difficulty accessing programs, and that they don’t have the resources to fully recover even if they get a fair share of federal funds (e.g. people who went into foreclosure because someone lost a job before federal programs were in place),” Maddie Sloan said.

South East Texas was one of the regions most ravaged by Harvey. But instead of attempting to count up the number of damaged homes or low-income FEMA applicants still needing help, local officials in charge of the region’s recovery plan, known the Southeast Texas Regional Planning Commission, have chosen to use the percent of the population “impacted” by Harvey.  Putting aside the fact that their plan, called the Method of Distribution, makes no attempt to clarify what is meant by “impact,” this choice creates major funding disparities. Large cities like Port Arthur and Beaumont were allocated funds not according to the huge number of families whose homes were damaged but instead by a percentage point statistic. As a result, while Beaumont would get $41 per impacted person and Port Arthur would receive $85, Taylor Landing (where only 22 people were impacted) would rake in over $60,000 a head to fund buyouts.

The graph below illustrates the gap in funding in region and the disparity between cities with majority white populations and significant African American populations.

This is why it is essential that state and county officials hear the voices from the Charlton Pollard neighborhood and other similar communities in the Harvey-impacted region.

For now, Charlton Pollard community is working to amplify its voice by engaging fellow residents and businesses that have a stake in the future of the community. The Neighborhood Association will also begin to work with the Resilience Dialogues program in October to strengthen the community plan. The Resilience Dialogues program uses a professionally-facilitated, online process to connect community leaders to a network of vetted national experts and helps them work together to understand risks and lay the groundwork for long-term resilience.

“We are trying to create a sense of neighbors in our neighborhood,” Jones said. “We are working with the city, the Port of Beaumont, and the Exxon Mobile refinery to build a better relationship and make things happen for ourselves.”