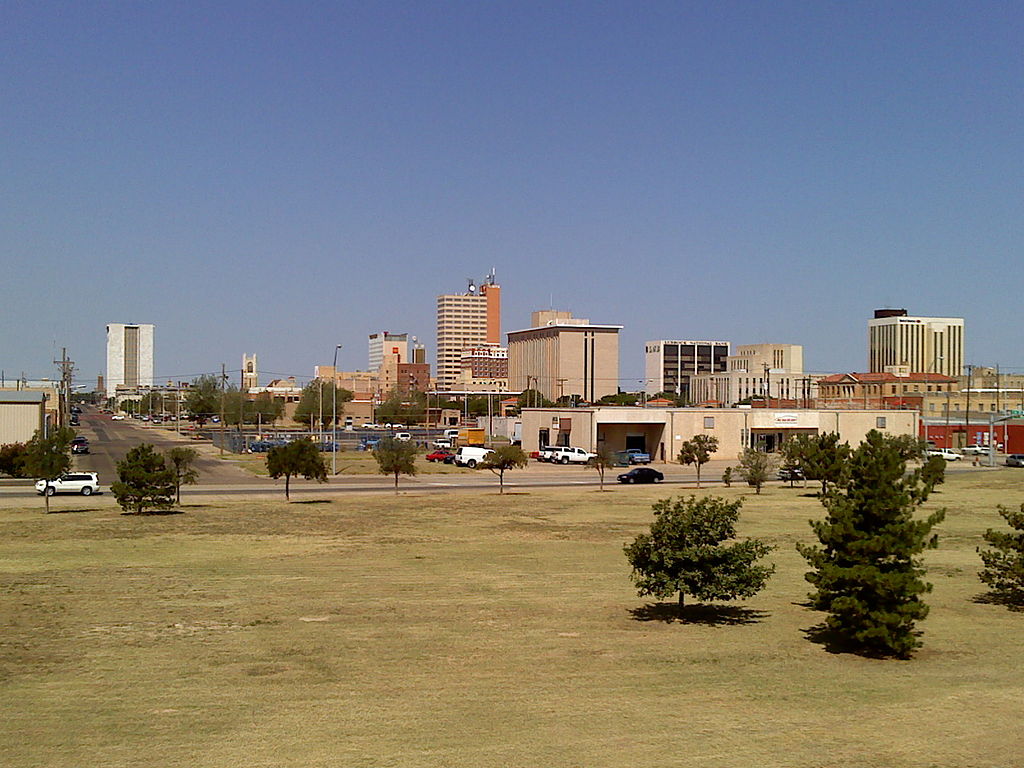 Untangling a century of discrimination takes hard, dedicated work. For nearly two years, neighborhoods in Lubbock’s East and North Side have partnered with Texas Housers to address the city’s systemically racist zoning policies. Starting back in 1923, when Lubbock’s mayor signed an ordinance forbidding black residents from living outside of the Southeast side, the city of Lubbock has routinely concentrated industrial land uses in and around majority African-American and Hispanic neighborhoods.

Lubbock’s first land use plan, published in 1943, surrounded the modern-day Chatman Hill neighborhood with industrial uses and created an industrial buffer zone between Black and White residents to enforce Jim Crow segregation (see the map below, industrial and manufacturing uses are highlighted in purple). On page 14 of this plan, city officials openly considered race as a factor in recommending against the growth of the “central business district” in the North or East Side of Lubbock which were majority Black and Hispanic.

Subsequent land use plans expanded upon these discriminatory practices. The 1959 plan recognized that “[t]he proper environment for a home is a neighborhood free… from the noxious odors, sounds and sights of industry…” Nonetheless, the plan’s land use map expanded industry on the East and North sides.

When the city updated its comprehensive plan in 2018, neighborhood associations and other activist groups petitioned the advisory committee and consultant in charge of drafting the plan to start removing industrial zoning from the East and North Sides. Citizens offered comment after comment at city meetings expressing how nearby industrial facilities negatively impacted their neighborhoods including causing asthma, unpleasant smells, oily film on cars and windows, and the proliferation of boll weevils from 10-story tall cotton seed piles.

The map below imposes the 2040 Plan’s industrial zoning patterns on top of a racial/ethnicity dot map of Lubbock. The red squares represent Toxic Release Inventory (TRI) sites, or facilities that must annually report their release data to the Environmental Protection Agency due to their release harmful chemicals into the air, land, and water. Almost all of Lubbock’s TRI sites are near Black and Hispanic neighborhoods.

Neighborhood activists continued their efforts to focus Lubbock’s attention on this issue by engaging in the City’s Analysis of Impediments to Fair Housing or “AI” process. In their comments to the city of Lubbock, the Alliance of East Lubbock Neighborhood Associations alongside Legal Aid of Northwest Texas repeated their demand that the concentration of industrial zoning be reduced in the East Side. Texas Housers and Texas Appleseed echoed their concerns in comments as well. And as with the 2040 plan, community members voiced these concerns in public hearings held in June and July of 2019. However, when the final Consolidated Plan was published in August, the city stated that it did not accept comments dealing with the concentration of industrial zoning because they were not “relevant” to the process.

This is absolutely wrong. The continued placement of environmental hazards and industrial land uses in neighborhoods of color is an impediment to fair housing and must be addressed in the AI.

The AI process was originally created by the Department of Housing and Urban Development to strengthen the federal government’s efforts to force cities and states to confront years of public and private discrimination. In addition to passing laws like 1968’s Fair Housing Act to outlaw public and private housing discrimination, the federal government also started to provide Community Development Block Grants for cities and states to aid against poverty and reconcile years of discrimination and neglect in low-income communities. In exchange for getting these funds, cities and states must certify that they are affirmatively furthering fair housing — or “AFFH.” AFFH means taking “meaningful actions to overcome historic patterns of segregation, promote fair housing choice, and foster inclusive communities that are free from discrimination.”

Cities and states apply for these Community Development Block Grants on a five-year cycle by completing two documents: a Consolidated Plan and an AI. The Consolidated Plan is the grant application which maps out how the money will be spent. The AI is the compliance process a grantee must perform to make sure it is AFFH. When creating an AI, a jurisdiction must analyze the demographic and economic conditions across its jurisdiction, identify disparities affecting protected classes, and review and acknowledge any policies, programs, or other actions that have contributed to impeding integration, fair and equitable treatment of all citizens, fair housing choice, or inclusivity.

After determining these fair housing impediments, the jurisdiction must commit to specific action steps to address the identified impediments, assign responsibility for these actions to specific departments or entities, and establish measurable outcomes that contribute towards the action step goals. Every year thereafter, the jurisdiction must update HUD on its progress towards meeting these goals in the Annual Action Plan and the Consolidated Annual Performance and Evaluation Report (CAPER).

A city cannot make the AFFH certification if it has policies on the books that discriminate or have disproportionate negative impacts on the basis of race, disability, or other protected factors. To earnestly make this certification, a city must prove it is doing all it can to eliminate the lingering legacy of Jim Crow when cities denied Black and Hispanic neighborhoods critical services, adequate infrastructure, support for schools, and saddled neighborhoods with unfavorable land uses that surrounded them with environmental hazards. It must make sure that people of color aren’t the victims of modern-day redlining and can access fair credit and bank loans to buy and repair homes. And it must be working to guarantee that protected classes have housing choice and are not denied the option of living in high opportunity areas with quality schools, substantial public and private investment and amenities, and low-crime rates.

As the distributor of these community development funds, HUD is responsible for policing jurisdictions that don’t comply with the AFFH requirement. If HUD finds that an AFFH certification is false, it will either not send or demand repayment of grant money. Ultimately, these measures protect our tax dollars from funding cities that would perpetuate segregation or other discriminatory practices. Because cities are not required to submit AIs to HUD, the federal government depends on citizens submitting Fair Housing Complaints to learn of AFFH violations.

By not acknowledging and addressing its systemically racist zoning in its AI, the city of Lubbock is not affirmatively furthering fair housing. Citizens must now decide if they need to ask for HUD’s help to force the issue. The city of Lubbock has made up its mind: why change the way things have always been?