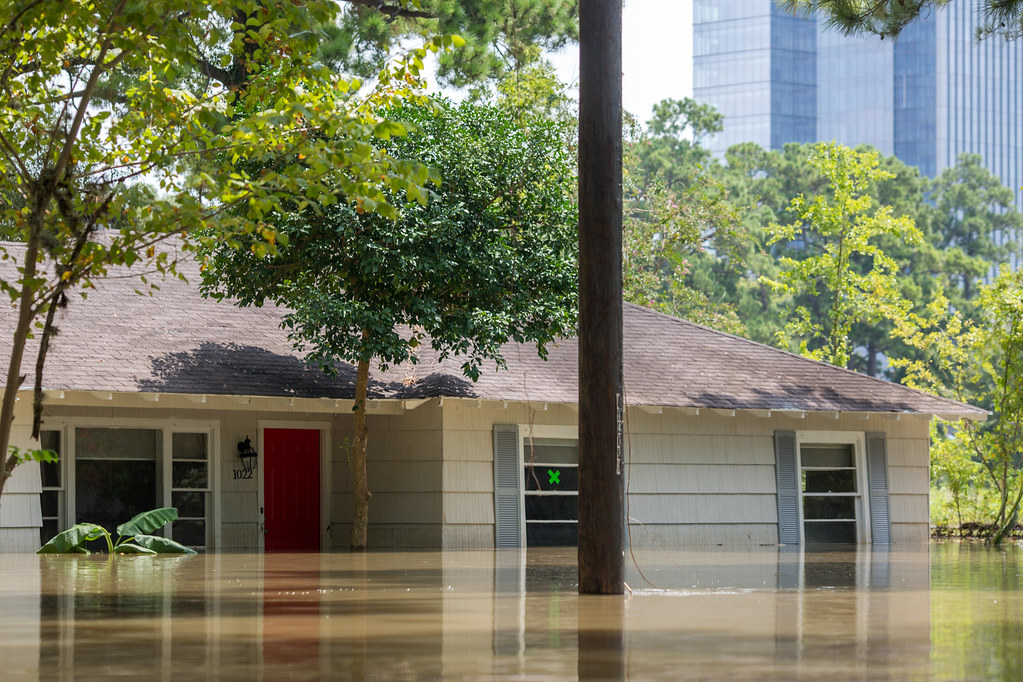 In a Houston Chronicle op-ed last month, Texas Land Commissioner George P. Bush declared the implementation of the Partial Repairs and Essential Power for Sheltering (PREPS) program a success. He stated that in the era of COVID-19, PREPS could curb long-term crowding during evacuations and the likelihood of a super spreader event. Bush is completely correct stating that we need to rethink evacuation and emergency housing during a pandemic, and he is right to say that temporary housing solutions are the best case scenario for families to build a pathway to long-term recovery.

Sadly, PREPS can only fulfill this potential if you ignore the perspective of families who participated in the program and the outcomes it has handed to low-income Black and Brown people.

The PREPS program was a stop-gap measure for survivors of Hurricane Harvey whose homes sustained less than $17,000 worth of damage. The program intended to help remove moldy sheetrock or provide a hot plate and running water, but no permanent repairs. State officials now say that PREPS repairs are a stepping stone toward rebuilding. We disagree and we aren’t alone.

Valeria Tamez, who lives in southeast Houston, knows first hand that PREPS ultimately did more harm than good. In fact, the “repairs” carried out by three PREPS workers following Harvey resulted in more damage to her home than the storm itself. The contractors removed ceramic tile and hardwood floor, neither of which is susceptible to mold, leaving bare cement. In the bathroom, they removed a cast iron tub and replaced it with a cheap plastic one that wasn’t properly connected. This drained grey water into her home, forcing her to leave the home and pay an additional $2,000 to repair. Contractors nailed in sheetrock throughout the house but never repaired the damage done to the outer walls; light shines through holes where vermin have gnawed through the sheetrock to find shelter inside. Valeria is embarrassed to have guests in a home that was once a source of pride.

Her experience is shocking but not unique. In early 2018, West Street Recovery (WSR) — a grassroots disaster recovery organization founded after Harvey — worked with 20 PREPS families and all of them had serious complaints. Among the more severe complaints included replacing previously ADA-accessible features in ways that made bathrooms and kitchens unusable for owners and the lack of complete mold removal. Crews replaced tubs, toilets, hot water heaters, and sinks that were in working order. Faulty roof patches, sewage backups, dangerous electrical work, and structurally dangerous framing were all the unfortunate results of trusting PREPS to repair homes reliably.

When families raised concerns about the quality of work, they were sent into a maze of subcontractors, contractors, and the General Land Office (GLO) that almost never resulted in meaningful change. Hotlines proved fruitless, final inspections passed despite visible mold and leaks, and complaints were ignored even when they received media attention. All in all, program recipients were left feeling powerless to make decisions about their own homes.

Commissioner Bush wrote that the goal of the PREPS program was “to make the home safe, sanitary and functional.” It has absolutely failed to achieve this. Most glaringly of its many shortcomings, the refusal to remove and remediate mold undermines Bush’s claim that PREPS is a safe stepping stone to long-term recovery. In 2018, GLO officials responded to WSR complaints by suggesting that mold remediation was not included in the program and all work done by PREPS had to be removed before permanent repairs could be completed. If mold is not removed, sheltering at home directly endangers families to the hazardous health impacts of prolonged mold exposure. To make matters worse, families receiving PREPS were immediately disqualified from FEMA temporary housing vouchers, giving them no choice but to return to unsafe, unlivable homes.

It is also imperative to state that the math behind PREPS makes no sense. As Bush explained, PREPS is a program that funds temporary repairs for houses with FEMA damage estimates under $17,000. It is perplexing how the $20,000 budget allotted per home wouldn’t completely and permanently repair the damages assessed. From the homes we have investigated, it is clear that FEMA damage estimates grossly undercalculate the cost to repair a home to a safe and healthy condition.

Lowball estimates had several causes: FEMA inspections are rapid and cursory; inspectors do not examine anything not visible such as electrical systems or plumbing. Inspectors seem to ignore the depth of water and potential mold damage; if flooded walls, floors, or cabinets have not been removed before inspection, the cost of replacement to prevent inevitable mold growth is not included. Valuations appear to be driven by the base price of materials, rather than cost to repair. Estimates omit repairs required to make the home safe, such as replacing out-of-date electrical systems. All of this is frustrating for families who cannot learn how damages are calculated, since methodologies are not public knowledge.

During PREPS, the confusion around damage estimates had severe consequences for some families. Mark Anthony Rubio, Tamez’s neighbor, was approved for the program. GLO workers pulled the sheetrock, insulation, ceiling, and flooring from every room in the two-bedroom house and gutted the kitchen and bathroom. Then, Rubio was told that there was too much damage to the home, and he should apply for a different program with a higher budget. He was denied this application, and his house was left in tatters.

A program that received $75 million in federal and state funding should not be heralded as a solution when, from the perspective of recipients, it failed to meet so many of its stated goals. After a flood of Harvey’s scale, only homes with very low market value could have sustained less than $17,000 of damage. In a city like Houston, values this low are only possible due to extreme capital flight, toxic exposures, or public sector neglect. Sadly, we know these areas are almost exclusively Black and Brown. Our history shows us that separate can never be equal. Transparency around the program might dissuade us from this analysis, but GLO and the Attorney General of Texas have slow rolled Public Information Act requests for demographic breakdowns.

PREPS families in Houston complained that living in badly damaged homes has harmed their physical and emotional health and that the process was opaque and felt imposed upon them. Perhaps it is the social distance between officials like Bush and recipients that allows this to persist, or the officials who lead our state do not hold dear the ideal that people of color deserve equal protection.

Before it is expanded, the state must commit to completing repairs and provide temporary housing as a complement to the program. Even if PREPS were perfectly executed, families are left living in incomplete homes. People cannot safely live in a long-term construction zone. It is true that PREPS has some theoretical advantages, but any long-term fix to the disaster recovery apparatus must be informed by the experiences of program recipients. Unless the program treats recipients with dignity and respect, ensures thorough inspections, is carried out with oversight and accountability, and completely removes dangerous mold as a genuine step towards long-term recovery, increasing the scope of PREPS would be an expansion of injustice.

These reforms are all possible, but not if our leaders insist that PREPS as we know it to be was a success. The first step to improving disaster recovery is earnestly evaluating programs from the perspectives of survivors.

Instead of celebrating, maybe Commissioner Bush should come pay some of these Harvey survivors in Houston a visit.