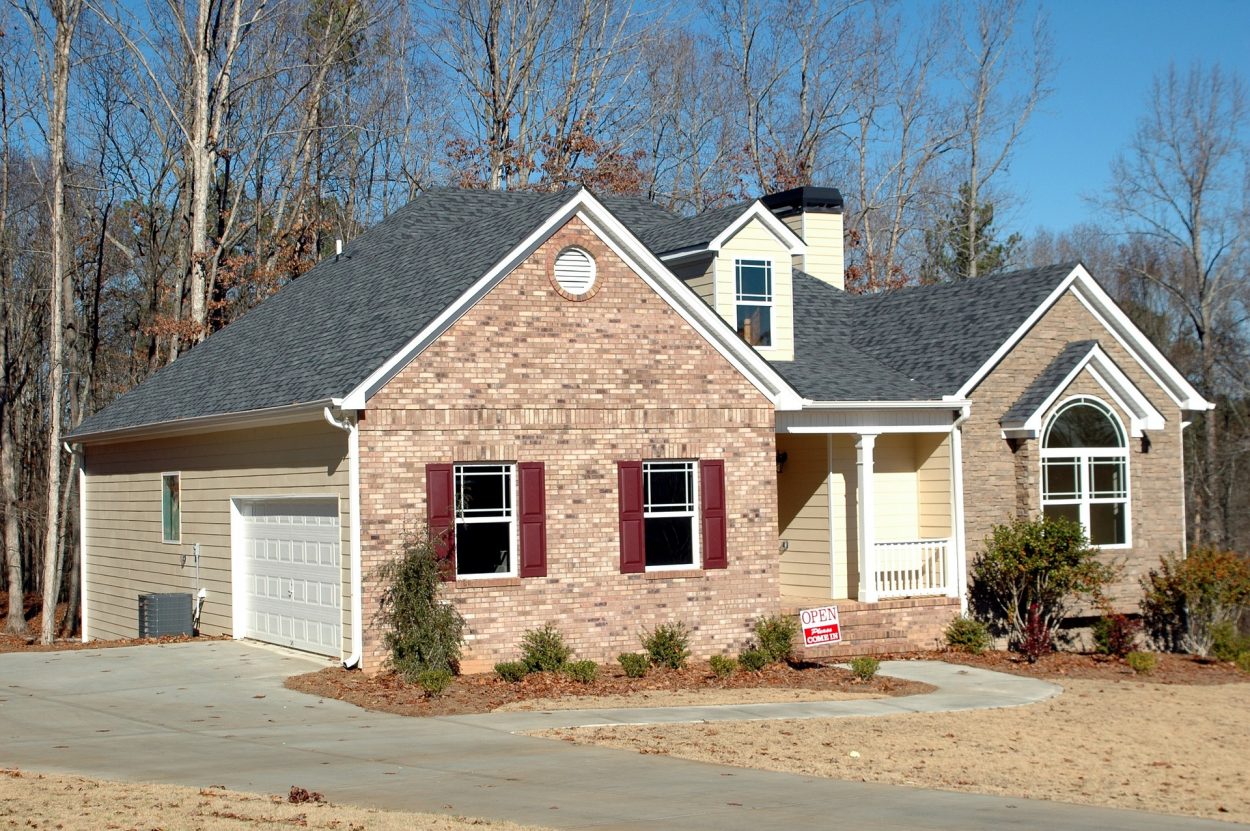 People of color have historically faced systemic obstacles in access to homeownership, yet so many have still persevered to secure a place to build their lives and futures. However, when a disaster strikes, it can often set back those who managed to overcome those barriers and put their hard-won financial security at risk. The COVID-19 pandemic is one such disaster. In early 2021, homeowners of color in the Houston Metro area were found to be three times more likely to have missed their last mortgage payments and twice as likely to state they will struggle making next month’s mortgage payment than white, non-Hispanic homeowners.1

Most of the attention around housing insecurity during COVID-19 has focused on eviction protections for renters, and justifiably so given the lower income and higher vulnerability of the average renter.2 But homeowners of color do not enjoy the same financial security as  many white, non-Hispanic homeowners and even some renters. In fact, 1 in 4 Hispanic and Black homeowners in Texas have incomes below the median Texas renter.3

Black homeowners in particular have not fully recovered from the last financial crisis and enter the COVID-19 crisis more precariously positioned than white, non-Hispanic homeowners. This report examines how many homeowners, including many Black and other homeowners of color, are not confident they are secure in paying their mortgage, and in turn, could be at risk of foreclosure.

Homeowners of color need targeted protections to prevent foreclosures and significant financial hardship that could lead to property devaluation, crime, and population turnover in the local community where homeowners of color live.4

One predictor of foreclosure for low-income households is the level of equity in a home.5 The Urban Institute analyzed the value of the homes of first-time homebuyers and the mortgage debt that each family incurred. The study found that Black homeowners incur more debt for homes of lower value than their white, non-Hispanic counterparts.6 Homes in majority Black neighborhoods are also valued at 23% less than similar homes in areas with little to no diversity.7 The higher debt load and other structural headwinds like appraisal discrimination contribute to lower levels of home equity for Black and Hispanic homeowners.8

This national trend is also seen closer to home. Black Texans are also much less likely to live in a home they own than white, non-Hispanic Texans.14 While the white, non-Hispanic homeownership rate was 70.5% in 2019, only 40.7% Black Texans live in homes they own, the largest gap in at least 20 years.15 For many households of color, homeownership has not been the ticket out of financial struggle promised in American culture.

With this context, we look at how homeowners of color are faring in Houston, the 4th largest city in the United States, during the pandemic. This community provides a case study of what is happening to homeowners with modest incomes in Texas.

Homeownership rates in Harris County, the anchoring county of the Houston MSA, have remained flat over the last decade with owner-occupancy rates hovering around 55%. This flat average, however, masks a growing gap between Black households and the rest of the county. Black owner-occupancy in the county is slowly trending downward, from 40% in 2010 to 36% in 2019.

Recent Census data on the Houston Metro area shows that  homeowners of color are much more at risk than their white, non-Hispanic counterparts.16,17

Over the last six months of the survey, homeowners of color in the Houston area have consistently been more concerned about upcoming mortgage payments than white, non-Hispanic homeowners.20 At the beginning of 2021, 1 in 6 homeowners of color had no or slight confidence they could pay their mortgage next month, versus 7% of white, non-Hispanic residents of owner-occupied housing units.21

Should these differences in actual mortgage payments and future mortgage payment confidence result in higher foreclosure rates among homeowners of color, the impact will be felt disproportionately in communities of color: 41% of all Black homeowners live in Black neighborhoods.22

Existing programs are not enough

Many existing protections stem from the CARES Act, a COVID relief package passed by Congress in late 2020. This legislation created protections for homeowners with federal or government-sponsored enterprise (GSE) loans; such loans represent the majority of the US mortgage market. Under the bill, these homeowners were protected from foreclosure until December 31, 2020. This protection has been extended by President Joe Biden to June 30, 2021 for Fannie Mae and Freddie Mac mortgages, as well as FHA loans.23 The extension also allows for people already in forbearance to continue their protections until June 30, 2021 and give families that haven’t applied for forbearance yet to apply for 6 months of forbearance by June 30.24

The protections in the CARES Act do not eliminate mortgage payments for families in need, but forbids lenders from beginning judicial or non-judicial foreclosures against homeowners. The CARES Act also allowed for homeowners with federally-backed mortgages to receive a mortgage forbearance for 180 days, and a chance for a one-time extension of an additional 180 days. Forbearance allows for homeowners to have monthly payments on their loans and any other fees associated with nonpayment to be deferred for the duration of the forbearance. Forbearance does not stop interest on the loan from accruing, increasing the total value of the loan.

Although the CARES Act does provide some protections for homeowners, there is still a large group of unprotected homeowners who are currently delinquent on their home loans and have not applied or are ineligible for forbearance. In October 2020, serious delinquency on all loans had nearly doubled from previous years.25 For FHA loans, which typically go to low-income first-time homebuyers, serious delinquency was at 12%, which is four times higher than conventional loans at 3%.26

FHA loans in serious delinquency also surpassed Great Recession of 2008 numbers, marking delinquency two percentage points higher than its 2012 mark.27 Of the overall amount of loans in delinquency, about one-third are not in forbearance. This means that they are still being burdened with late fees for missed payments even if foreclosure moratoriums prevent them from being forced out of their homes.

According to the Urban Institute’s analysis of American Community Survey data, homeowners are more likely to be in unprotected delinquency if they live in majority Black and Hispanic ZIP codes as opposed to majority white, non-Hispanic ZIP codes.28 COVID-19 has disproportionately impacted people of color as it relates to death rates, hospitalizations, and infection rates, but the economic fallout of the coronavirus also seems to negatively affect people of color at an increased rate. Majority Black ZIP codes have the highest share of unprotected delinquent loans nationally at about 2.3%, compared to 1.6% for Hispanic ZIP codes, and 1.2% for white, non-Hispanic ZIP codes.29 The national average for delinquencies is about 1.3%: both Hispanic and Black majority ZIP codes exceed that average.30

The level of foreclosure risk and fear among homeowners of color in the Houston region shows existing forbearance programs and foreclosure moratoriums are not enough.  Furthermore, federal protections such as foreclosure moratoriums and forbearance are not long-term solutions. Homeowners are still responsible for their mortgage payments and the debt they incur will become a significant burden after federal protections are exhausted. The City of San Antonio has created a program (EHAP) to offer rental and mortgage assistance to families under 80% of the Area Median Income to help alleviate the burden on families.31 Programs like EHAP are needed to curb the financial shock of COVID-19 on Texas families. Legislative bodies at the local, state, and federal levels should take steps to ensure the protection of at-risk homeowners.

Only government intervention can be powerful enough to change the current direction of homeownership for many families at risk of foreclosure. Without implementing policy, homeowners who are foreclosed upon could spend five to seven years fighting to get back to their previous financial position. But more than just the individual families, usually “at-risk” homeowners live in neighborhoods that have historically been disinvested in and endure blight and neglect. A snowball of foreclosures could decimate already disadvantaged communities.

There are some important policy steps that could prevent catastrophic loss of homes and provide an undergirding for struggling homeowners. Policies implemented should be focused on homeowners before they get to the “notice to default” phase of the foreclosure process on the flowchart above. Intervention at this time could protect homeowners from long-term debt issues caused by being three months or more behind on mortgage payments. Texas Housers agrees with the National Consumer Law Center’s January 2021 action steps for Congress to protect homeowners and other protections that could help homeowners.32

Some of these actions can be mirrored at the state and local level. The Texas Legislature and local governments can: