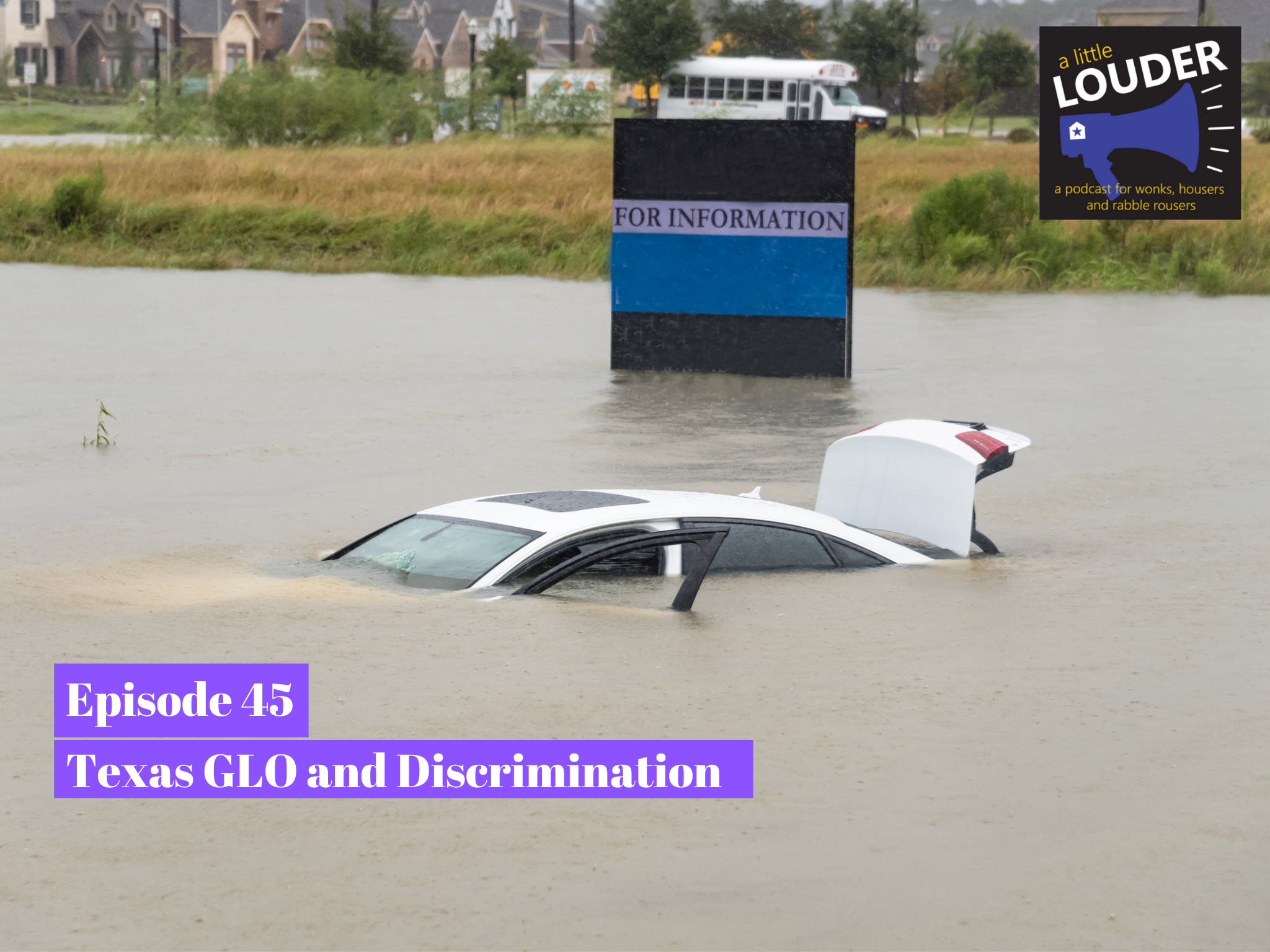 This week, HUD released its final determination that Texas GLO discriminated against Black and Hispanic Texans in its distribution of CDBG-MIT funds meant to funds to protect their neighborhoods from future storms and disasters.

In the letter explaining its reasoning, HUD declared that “GLO utilized two scoring criteria that disproportionately disadvantaged otherwise eligible Black and Hispanic residents, without justification.” This letter was released just days after the Washington Post published a lengthy exposé on Texas GLO’s discrimination against communities of color in our state.

On this week’s episode of A Little Louder, John is joined by Texas Housers’ Advocacy Director David Wheaton to break down the creation and intended use of these CDBG-MIT dollars, how the discrimination in Texas happened, and what needs to come next to protect these neglected communities.

You can listen to Episode 45: ‘Texas GLO and Discrimination’ below or wherever you get your podcasts.

Subscribe to A Little Louder on Apple Podcasts, Spotify, or your preferred podcast provider.

0 comments on “A Little Louder Episode 45: Texas GLO and Discrimination”