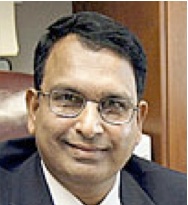 Krishnarao has come under criticism for the slow process of the planning process for rebuilding 569 public housing units demolished by the housing authority after Hurricane Ike. He was also the subject of intense criticism by a vocal faction of  area residents who oppose rebuilding public housing on Galveston Island.

At statement release by the housing authority stated, “At this time, the Board of Commissioners and Mr. Krishnarao believe that they have a difference of philosophy with regard to the direction and future of ongoing redevelopment.”

Deputy Executive Director Mona Purgason was named by the board as interim executive director of the authority.