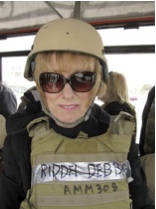 To appreciate the fair housing problem in Texas just watch this video.

Back in February, at a hearing on the budget for the Texas Department of Housing and Community Affairs (TDHCA), Texas State Representative Debbie Riddle, House District 150, which comprises much of northwest Harris County (51% Anglo. per capita income $25,272, 28% renters), asked Mike Gerber, executive director of TDHCA to not put any low-income housing in her district where, “it is not wanted and it is fought.”