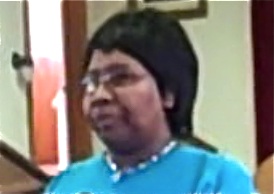 September 13, 2011, will mark the three-year anniversary of Hurricane Ike making landfall along the upper Texas coast. Residents of the Houston-Galveston area remember all too well the death and destruction Ike left in its path.

This community has made remarkable progress over three years recovering from Ike. Yet for too many Houstonians, particularly those of modest means, blue tarps still cover rooftops, and they continue to wait for long promised and overdue home repairs.

For Houstonians like Betty Bell, a 70-year-old Acres Homes resident who the Chronicle profiled back in February, and who still lives with gaping holes in the ceiling of her now mold-infested house, Hurricane Ike is the nightmare that won’t end.

The federal government allocated about $87 million to the city of Houston in 2009 to repair Ike damage. Of that, just $9.4 million was reserved for single-family home repair, and to date fewer than 60 of the 2,400 applications for assistance have been approved, and virtually none of the funds have been spent. That is unacceptable.

While the city of Houston blames the delay in Ike repair on disputes with the Texas Department of Housing and Community Affairs, it is in fact just another chapter in the two-decades-long saga of failures that have plagued the city’s public housing program.

As the Chronicle’s Renee Lee noted in an article about these delays in Ike repairs nearly six months ago, “The city has struggled for years to comply with federal rules in its housing programs and has had to reimburse millions of dollars due to findings of mismanagement and misuse of funds.”

It is time for the city of Houston to get the Ike home repair program moving, and more broadly for its Housing and Community Development Department to begin turning around its long history of failure.

A few weeks ago, at a meeting organized by the Texas Organizing Project (TOP), more than 300 people packed the Jerusalem Missionary Baptist Church in Houston’s Third Ward to ask Mayor Annise Parker to do two things:

First, to use the federal Ike disaster-recovery funds to immediately begin repairs on the homes of struggling families where roofs are still leaking and covered by tattered blue tarps years after the storm.

Second, to form a mayoral task force of experts and community stakeholders to investigate the deep-seated problems at the housing department and issue recommendations to the mayor for improvements to the city’s home-repair program.

We are encouraged that the city has agreed to co-host a workshop with TOP for all of the families who have been waiting for federal housing assistance this Saturday. We are beginning to see signs of the good faith and effort necessary to turn the Housing and Community Development Department around. However, to begin reversing the department’s broader pattern of mismanagement, it will take more. We continue to call on the mayor to appoint a task force to address the home repair programs of the city of Houston.

This task force should include residents in affected neighborhoods, professionals with experience in government home-repair programs and public fund management experts. The panel should also include James Noteware, director of the city’s Housing and Community Development Department, along with the mayor’s staff designee.

Task force members should serve without compensation, and should be allowed full access to reports, applications and records of the home-repair program. The panel should regularly report its findings directly to Mayor Parker until the department is running smoothly and the home repair program is a model for the nation.

Just a few days ago, the Chronicle reported that again the city is in danger of losing millions in federal housing funds. At a time when public funds are scarce, we cannot allow more money to go back to Washington, D.C., due to poorly managed housing-repair programs in Houston. Let’s not wait for another natural disaster to clean up from the last one. Let’s say goodbye to those blue tarps and have a city home-repair program that works for Houstonians. This problem can and should finally end on Mayor Parker’s watch.

Walker, a lifetime resident of Sunnyside, is a board member of the Texas Organizing Project, a grass-roots membership-based organization that conducts community organizing, issue advocacy, lobbying efforts and voter engagement on behalf of and low-moderate income Texans.