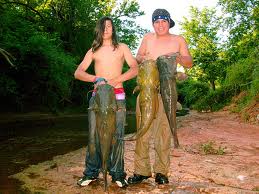 In demonstration of the indifference of the Texas press to issues affecting the lives of the poor and the sorry state of coverage by the Texas press of state government generally, the Texas Tribune this week ran a story on Mike Gerber’s resignation as director of the Texas Department of Housing and Community Affairs, four months after the fact.

Crediting a blog report from Houston for breaking the “news,” the Texas Tribune also managed to give voice to a false claim that Gerber’s resignation came in the wake of problems with administration of the Low Income Weatherization program.

The story about the resignation of the director of affordable housing programs in Texas appeared on the Tribune’s front page below 12 stories about Rick Perry’s presidential race and a story, along with an original video, on a change in Texas law that legalizes “noodling” (the sport of catching catfish with bare hands). The Tribune bills the noodling story “as part of The Texas Tribune’s ongoing effort to explain the fallout from the 2011 regular and special sessions…”

2 comments on ““Noodlng” and the resignation of Mike Gerber”