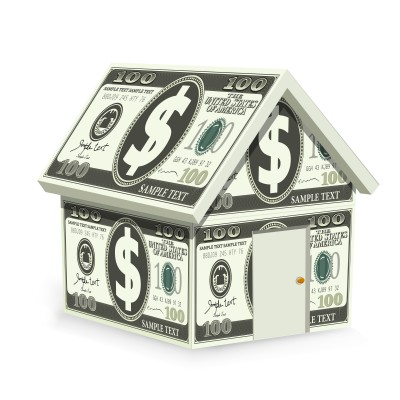 Housing segregation is a problem most Texas communities struggle with. Crippled by a lack of political courage and leadership no city seems to struggle more than Dallas, often with serious consequences.

The Dallas Morning News (DMN) ran a front page story Sunday about a dispute between the backers of two proposed Low Income Housing Tax Credit (LIHTC) developments in Dallas. (The story cannot be accessed unless you are a subscriber to the DMN). In the 2011 LIHTC awards round the Texas Department of Housing and Community Affairs (TDHCA) board of directors voted 3-2 to make a “forward commitment” of $20 million of housing tax credits to a development in near North Dallas to a company known as Odyssey Residential, at the time headed by developer Bill Fisher. The DMN describes Fisher as, “a man best known for wearing a [FBI] wire to put away Dallas council member Don Hill.” (The DMN’s words make Dallas, whose city leaders like to present an air of professional competent in city management, sound like Newark).

Mayor Pro Tem Don Hill, along with others went to federal prison in connection with bribery by low income housing tax credit developers.

As a side note, LIHTC developers lobbied legislation through the last session of the Texas legislature allowing developers to each annually receive an additional $10 million in housing tax credits each year (up from the previous $20 million) and receive money for more housing developments each year. (Go figure).

Enter Don Williams, described by the DMN as a “Dallas real estate giant.” Williams, retired CEO of the mega developer Trammel Crow, has played a leading role in the effort to revitalize predominately minority South Dallas. A cornerstone is the Frazier Revitalization project, named for the Frazer Courts public housing development, a relic of Dallas’ segregated public housing policy.

The DMN story has a lot of interesting and rather disturbing allegations regarding Odyssey and Bill Fisher that I will not rehash here. The main story line is that Odyssey needed a waiver related to some aspects of their development from the TDHCA board of directors to access the tax credits. Dallas elected officials and community leaders turned out in force earlier this week before the TDHCA board to oppose those waivers. The TDHCA board refused to grant the waivers, effectively killing the Odyssey development. (Fisher had previously resigned from Odyssey, allegedly due to other issues (including tax liens) detailed in the DMN story).

Today, the DMN ran an editorial praising TDHCA’s board for correcting the alleged wrong of favoring Odyssey over Frazier.

But the likelihood of the Frazier project receiving LIHTC funds is still very much in doubt.

TDHCA’s action canceling the forward commitment of LIHTC for Odyssey returns $2 million (actually $20 million) in tax credits to the regional allocation pool for the North Texas area for award in 2012. But the Frazier proposal did not score well in the pre-application round. Pre-apps are usually a fairly good predictor of the final score. It scored 46th on the list. It’s unlikely that there will be funding for more than the 10 or 12 highest scoring developments.

The option for a “forward commitment” like Odyssey originally received seems to have been closed. State law requires tax credits be awarded through a competitive scoring process. Except when the board got around this requirement by pre awarding the next year’s tax credits to projects regardless of their score. Governor Perry and his new appointees to the TDHCA board officially ended the practice of forward commitments for 2012.

For these reasons I don’t see how this week’s victory is going to advance the likelihood of funding for Frazier.

I think the Frazier development deserves to be funded. The Fair Park community and Don Williams deserve the thanks of the entire city for taking on the community revitalization challenge. This project is an essential element of the revitalization plan.

That said, there are some hard questions that need to be answered about the allocation of more tax credits in poor and minority neighborhoods in Dallas. The Dallas City Council has its head in the sand over these issues and has itself to blame for this fiasco. Subsidized housing has been overwhelmingly built in South Dallas instead of North Dallas. Much of that South Dallas housing has been of marginal quality. The concentration has without any doubt constricted the housing choices of lower income families who are mostly African-American and Hispanic.

The Odyssey deal was flawed. For one thing, it had a large number of one bedroom apartments and thus did little to serve families. But it was closer to jobs and opportunity than Frazier.

As a general principle, this newspaper supports efforts to disperse low-income housing across the city rather than concentrate it in already low-income areas. But all projects — regardless of location — must meet certain standards to qualify for subsidy, and it seems clear in this case that the Champions of Copperridge [Odyssey] project near Love Field fell short.

The final chapter is yet to be written. One of the issues that must be written about in that chapter is how the Dallas City Council, and indeed the city as a whole, is going to face up to the history of residential segregation and go forward to balance the need to address the revitalization of South Dallas with the moral and legal imperative to desegregate housing in North Dallas.

It seems to me that rather than take on that hard question the Dallas City Council took the easy way out. It supported both the Frazier and Odyssey projects when they went before the TDHCA board last year. The TDHCA board picked one, arguably the wrong one, but Dallas should have dealt with the question of which project it wanted. There is something a bit strained with all the moral indignation of Dallas officials toward TDHCA over the state having guessed wrong. It appears that, having watched a council colleague go to prison because of the evidence recorded by Odyssey Residential Bill Fisher’s FBI wire, the Dallas City Council did not have the guts or the policy sense to pick one project over the other back then.

The truth is the City of Dallas does not have a coherent housing policy upon which to make these decisions. It is past time that Dallas develop a housing policy that charts a course for desegregation of North Dallas and revitalization of South Dallas. The absence of a policy to guide decisions produced the corruption scandal that took down Mayor Pro Tem Don Hill and it looks to me like it will take down the Frazier revitalization as well.