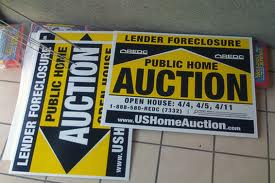 The Obama Administration and Texas Attorney General Greg Abbott announced last week a $26 billion foreclosure settlement between the five biggest banks and federal and state officials. I’m not taking a position on the merits of the settlement. I am worried about how the State of Texas will spend the funds it receives.

Part of the settlement is going directly to Texas homeowners. According to Attorney General Abbott Texas homeowners will receive almost $287 million to help restructure existing mortgages and for payments to certain borrowers who lost their homes due to servicing abuses. Let’s hope that part of the program actually gets the help to the people who need it.

In addition, the settlement provides that the State of Texas will receive $141 million from the big banks to help prevent future foreclosures and to combat fraudulent lending practices by banks. According to Abbot, “These dollars will be deposited into the treasury for future appropriation by the Texas Legislature.”

Now you see why I am worried?

The Legislature has a regrettable habit of shifting money that is intended for a specific purpose into plugging state budget shortfalls. This is especially the case when that purpose involves helping lower-income Texans.

This program is supposed to help elderly and low-income people pay their electricity bill. It is funded by a 65-cent monthly fee charged to Texas ratepayers living in the deregulated parts of the state. But instead of being used for helping the poor keep their lights on, the Texas Legislature has raided the fund to balance the budget.

According to a editorial in the Houston Chronicle…

What makes this situation even more untenable is that those in charge chose to leave more than $650 million sitting in the [System Benefit] fund in order to protect tax breaks for oil and gas companies and make up a portion of the $27 billion shortfall. That’s right: While Texas bakes, more than $650 million that could have gone toward assisting Texans with their utility bills and energy-efficiency upgrades sits unused and cannot be touched.

This is dishonest governing, pure and simple: telling Texans their money will be used for one purpose but instead redirecting it to another without voter approval. Our state deserves more from its budget than smoke-and-mirrors and diversions.

The $144 million foreclosure settlement is transferring to Texas, “to help prevent future foreclosures and to combat fraudulent lending practices by banks.” The Texas legislature needs to use these funds for the purpose they are intended. Here are some suggestions:

Texas should use the foreclosure settlement funds to invest in policies and practices to make sure that the predatory lending abuses that created our current economic crisis is not repeated and to make sure that Texans are able to make informed and responsible decisions in acquiring a home of their own.