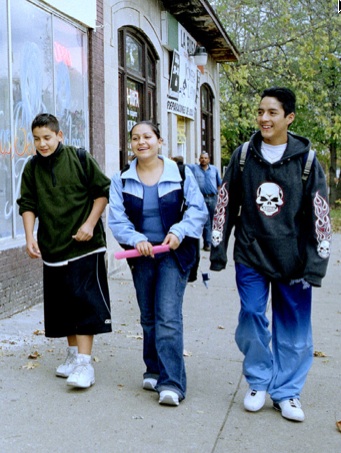 What does it mean to a child to grow up in a neighborhood where poverty is concentrated? That is a question that Texas children are uniquely able to answer.

More Texas children live in neighborhoods of concentrated poverty that any other state – 1,120,000 Texas children according to a report issued today by the Annie E. Casey Foundation.

The chance that a child in Texas will live in an area of concentrated poverty has grown a lot over the last decade. In fact, the latest data available show that the number of Texas children living in these communities has risen by 335 thousand, a 43 percent increase since 2000.

The report, titled, “Children Living In America’s High-Poverty Communities,” points out that not all children are equally likely to live in areas of concentrated poverty. Nationwide, African-American, American Indian, and Latino children are between six and nine times more likely than white children to live in these communities.

The most recent data available from the U.S. Census Bureau’s American Community Survey show that after declining between 1990 and 2000, both the percent and the number of children living in high-poverty areas increased over the last decade.

The report defines areas of concentrated poverty as those Census tracts with poverty rates of 30 percent or more.

Overall 24 percent of kids in Texas live below the poverty level.

The numbers for Texas largest cities are also staggering.

Houston alone has over 150 thousand kids living in areas of concentrated poverty. Texas cities are doing virtually nothing to even acknowledge the problem much lass to deal with it. As we noted recently HUD  rejected the City of Houston’s fair housing plan known as the Analysis of Impediments to Fair Housing (AI). The City is required to produce and carry out a plan to “affirmatively further fair housing” as a condition for receiving federal funds for housing and community development.

Children living in census tracts with poverty rates of 30 percent or more in select Texas cities.

These kids are why extreme levels of economic and racial segregation should matter to Texans.

These shocking numbers make clear that state and local governmental policies that continue to limit subsidized housing for the poor in high poverty neighborhoods must be ended. It is time to stop consigning 1,2 million Texas children to a childhood in concentrated poverty.