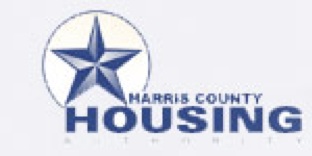 That does not overstate the bizarre expenditures at the Harris County Housing Authority, based on today’s story by Mike Morris in the Houston Chronicle.

Yet inexplicably, the Harris County Housing Authority boasts it is HUD’s highest-performing housing authority in the region and one of America’s 10 best public housing authorities. It is beyond my ability to reconcile. The Houston Chronicle has uncovered a highly inappropriate pattern of spending by the agency’s staff and board.

“Please note that our financial expenditures have been audited and reviewed by all supervising agencies more than 28 times without any complaints or exceptions being noted,” Guy Rankin IV, the Authority’s executive director wrote the newspaper. “This means that we have never once been accused of using a single dime of public funds improperly or for improper purposes.”

The Houston Chronicle’s review of the records of the Harris County Housing Authority identified hundreds of thousands of dollars in questionable spending in recent years. County officials say Rankin and the authority’s board of commissioners, already under fire for paying large salaries and bonuses and spending $8.4 million on a defunct waterfront development, have lost sight of their mission to house the poor.

Here are some of the expenses of the public housing authority uncovered by the Houston Chronicle:

The Houston Chronicle also reports that Harris County Housing Authority Director Guy Rankin’s employment at the authority, “appears to be nearing an end. His lawyer and the authority’s general counsel, Michael Fleming, are negotiating the terms of his departure.”

The Harris County Housing Authority has spent $8.4 million on a master-planned development for veterans that county officials and others say was doomed two years ago and ill-conceived from the start.

Nearly $400,000 of that was spent after the U.S. Department of Veterans Affairs, whose participation was key to the project, walked away.

The project, called Patriots by the Lake, was envisioned as a $400 million “living monument to America’s veterans” on the shore of Lake Houston. It was to include hundreds of homes, armed-forces memorials, restaurants, shops, a marina, a hotel and a town hall containing a replica of the Oval Office.

Critics accuse authority CEO Guy Rankin and the agency’s board of commissioners of pouring money into the project after it was clear it would not be built. County officials say the largely market-rate development went against the authority’s mission of providing affordable housing, and question some of the project spending, such as $18,000 on letters said to be penned by Abraham Lincoln, bought from a shop in Caesars Palace in Las Vegas.

Harris County Precinct 2 Commissioner Jack Morman also questioned the project plan, noting that home prices were to range from $175,000 to $700,000.

A video of the Harris County Housing Authority titled “Open Government” contains an interview with HCHA board chairman Casey Wallace in which he says, “The public ought to see what we are doing with the millions of dollars we have to be able to provide those who need housing with safe. affordable. decent, sanitary, good housing.”

In what appears to be HCHA director Guy Rankin’s own blog, an entry appears under the headline,

Who is Guy Rankin, IV?

Guy R. Rankin, IV is the Chief Executive Officer for the Harris County Housing Authority (HCHA), a governmental agency which serves more than 1.7 million people and a service area of approximately 1100 square miles. With over 20 years of housing and community development experience, Mr. Rankin has garnered a reputation for excellence through accomplished change and innovation. Under his visionary leadership, HCHA has grown from a troubled agency to one of the best housing authorities in the country as recognized by the U. S. Department of Housing & Urban Development.

Rankin is considered to be the best affordable housing leader in America when it comes to managing a Housing Authority. …

As one of America’s most talented and innovative leaders (emphasis added), Mr. Rankin has not only been able to deliver the highest quality housing to people in need, he has also helped clients to achieve self sufficiency and independence. …

Rankin has a reputation for bringing about change in the perception of pubic (sic) sector operations by applying a private sector business model which recognizes excellence in service and sacrifice. Key elements to his success include developing a strong team, addressing community needs first, and implementing intense audit and financial controls…