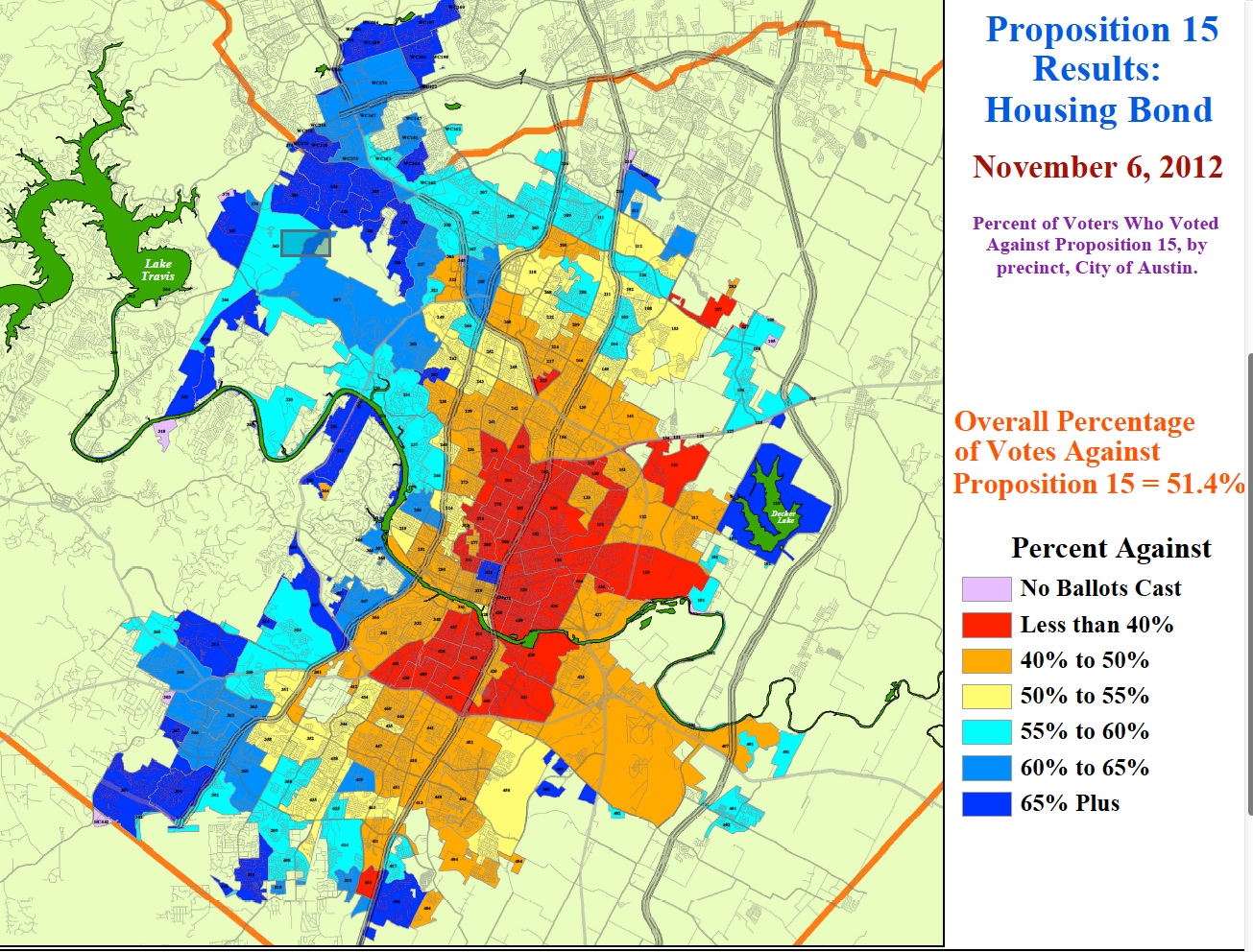 Last Tuesday the $78 million Austin housing bond proposition was narrowly rejected by the voters by a margin of 51.4%. The City of Austin has mapped the percentage of votes against the bonds.

The map shows a pretty typical liberal vs. conservative distribution of votes for an Austin election.