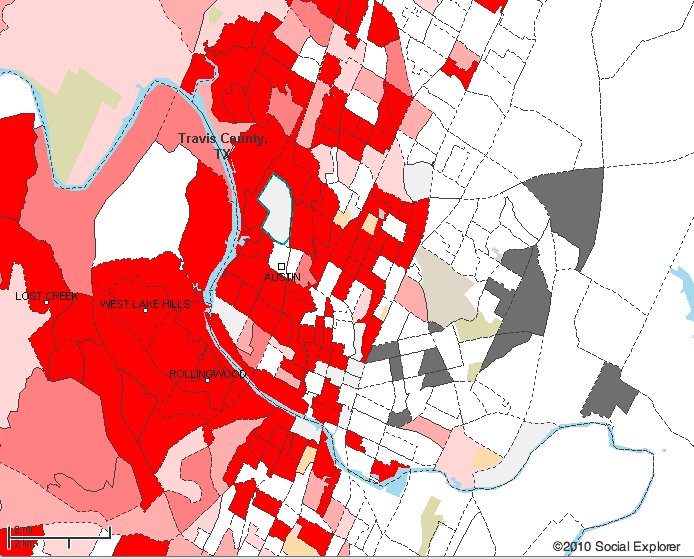 Over the last two months, there’s been an uptick in folks visiting the Texas Housers website after searching on terms that are some variation of “segregation in Austin.”  This traffic can be traced back to a Texas Monthly article “What Nobody Says About Austin: Is Austin the state’s most segregated city?,” and a couple of follow up posts at Austinist, “‘What Nobody Says About Austin’ Is That It’s Segregated, Maybe” and “Is Austin the State’s Most In Denial City? Maybe.”

The conversation than moved on to Reddit, Keep Austin Wonky, and the Digital Texan.

For folks interested in exploring the issue further, here’s a couple of the top Texas Houser posts containing data and commentary regarding segregation in Austin:

Most of Texas’s Houser’s posts on housing segregation are tagged such and can be found here: