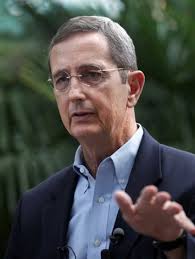 The city of Galveston has a choice to make as we try to move forward with plans to complete the recovery from Hurricane Ike: Either quit dragging its feet and comply with the federal requirements as well as the city of Galveston’s own council resolution to rebuild public housing adopted on Sept. 28 or send the money received to date back to the Feds and stop asking for more.

The General Land Office is dealing without difficulty with 229 communities in 61 other counties — communities from the Oklahoma border all the way down to the Rio Grande — in this program. However, frankly, after almost two years of delays in Galveston, it might be time to move these limited tax dollars elsewhere.

It’s time to cut through all the fiction that’s been served up regarding this disaster recovery program.

After the storms hit in 2008, Galveston city leaders were quick to step up and ask for as much federal aid as they could get to rebuild. They got it.

But that federal money came with federal strings attached. And a lawsuit filed by public housing advocates who argued that the state was not spending the disaster recovery money on the people it was awarded to help resulted in a settlement between the two state agencies running the program at that time and the Department of U.S. Housing and Urban Development.

Notably, this agreement was entered into long before the General Land Office was placed in charge of overseeing this effort on July 1, 2011. The “Conciliation Agreement,” i.e. the settlement agreement this program is tied to, was not signed off on by the GLO or the city of Galveston. It predates those of us who are now bound to live by it.

While today’s city leaders are quick to note that they didn’t sign the agreement, they are even quicker to aggressively seek more money flowing from that same agreement — in effect, granting their tacit contractual approval of that agreement.

Now, the current mayor is in a bind. He made a campaign promise he later discovered, after he was elected, that he could not keep.

The mayor and several city council members seem to think they have three choices. In fact, they have only two. They can comply with the agreement — however bad it might be — and proceed to rebuild expeditiously or they can return the money they’ve already spent and forego anymore. The idea that there is a third choice — to renegotiate or re-trade the deal — is where we seem, like the captain said in the movie “Cool Hand Luke,” to be having a “failure to communicate.”

While I may agree the Conciliation Agreement entered into by other state agencies than the GLO and the housing advocates without objection from a past mayor and a past city council may not be ideal, the agreement cannot be renegotiated.

If Galveston’s leaders decide they don’t want to rebuild the public housing they committed to, they must return the federal money. That would cost the city more than the $104 million it has already spent on rehabilitating and rebuilding homes, repairing sewage and water systems and other vital infrastructure. As much as another $482 million that’s on the way would be either sent back to Washington, D.C., or spent in some of the other 61 Texas counties under this federal disaster recovery program.

The GLO is responsible for ensuring that Galveston’s local leaders adhere to the terms that were agreed to — even if not agreed to by the current local leaders. In effect, my role as Commissioner of the GLO is much like that of an executor of an estate in which the beneficiaries are unhappy with the distribution outlined in the will. The beneficiaries may not be happy with the terms of the will, but this is the only one we have or will ever have.

The GLO intends to advise local leaders of the consequences of their actions — we do not intend to make the choices for them.

FICTION: The GLO did not negotiate with Galveston.

FACT: In working to facilitate a compromise that would fit within the terms of the Conciliation Agreement — even seeking to obtain relief from the housing advocates — beginning as early as September 2011, the GLO met with Galveston representatives on more than 20 occasions.

FICTION: Galveston does not have to rebuild public housing.

FACT: The plan does not call for all units to be built in one location. HUD requires the replacement in Galveston, but they will not be concentrated within the city. Some are in mixed-use developments, some are single family sites, and some are multifamily sites — all throughout the city — in an effort to blend in with the Galveston population demographics.

FICTION: We can do whatever we want with our grant funds.

FACT: No, we can’t. As with any government funding, it comes with certain strings attached. In this case, the conciliation agreement is one of those strings.

FICTION: You can’t build in a flood plain.

FACT: Federal requirements do not prevent building in a flood plain. They do, however, require mitigation and elevation. All housing built using these funds will meet all federal, state and local building requirements.

FICTION: Building in certain neighborhoods is against HUD rules.

FACT: The Fair Housing Act of 1968 has a number of provisions affecting the building and operation of non-housing and housing. The ultimate plan will ensure no fair housing violations.

FICTION: The city is now responsible for only 141 units.

FACT: City officials and the GHA must cooperate with the construction of all 529 units. As part of an agreement between the city and housing advocates, the GLO agreed to oversee the construction of the 388 other sites. However, the city will still play a key role in this construction, including planning and permitting.

Jerry Patterson is the Commissioner of the General Land Office of Texas and a former Texas State Senator.