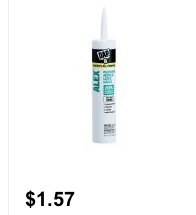 “Check the budget. We already spend a lot of money of weatherization.”

This quote came from Senator Williams successfully arguing on the floor of the Texas Senate yesterday to defeat an amendment to use some of the $811 million System Benefit Fund for weathering the homes of poor Texans.

We did what the Senator suggested. We checked on the amount of money the State spends on weatherization.

According to the State of Texas Legislative Budget Board, the State $1.3 million annually for weatherization of the home of the poor, funds entirely derived from federal grants. This is  $1.41 for each of the 925,000 poverty level Texas households eligible for help with their utilities from the System Benefit Fund. $1.41 is not enough money to buy one tube of the cheapest caulk that The Home Depot sells.