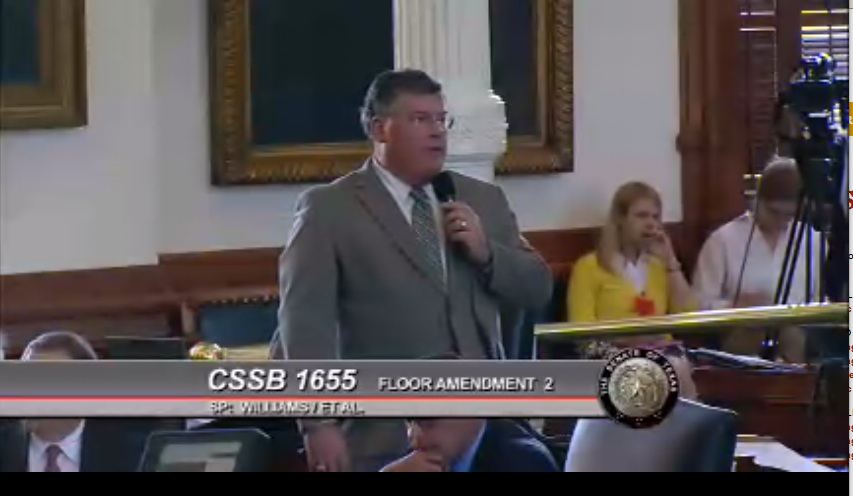 The Sierra Club has proposed a far better solution to the Texas Senate’s proposal to spend down and eliminate the $800+ million Texas System Benefit Fund.

Here are the key points of the Sierra Club’s plan:

On the System Benefit Fund, we prefer the approach taken by the House – create a trust fund going forward, and place the balances in a fund that can only be used for weatherization, up to $100 million per biennium, with the money going to the federal weatherization providers currently running most utility and federal programs. We would prefer that some agency – be it PUC or TDHCA – have oversight over this money so there is a reporting function.

As a potential compromise with Chairman William’s approach, we would suggest:

Some state legislators want to give away the money the State of Texas has collected from ratepayers for more than a decade for helping the poor pay high deregulated electric rates. Legislators are already proclaiming eliminating the System Benefit Fund is a “$300 million tax cut.”  It looks to me more like breaking the promise to use the System Benefit Fund to buffer the poorest Texas households from the effect of electric rate deregulation that everyone knew at the time would hurt the poor disproportionately. But honoring a commitment to protect poor Texas families doesn’t mean much when a Texas politician has figured out a way to claim he has provided a “$300 million tax cut”. Politicians count on the physical and financial suffering of the poor being invisible to most Texans when twist the facts to create a campaign slogan like this. This is what passes for financial leadership in the Texas Senate these days.

We have previously pointed out that the Texas state budget allocates the equivalent of $1.57 for each Texas household living in poverty for weatherization. That is not going to address the unaffordable cost of electricity for our state’s poor. The most recent plan to emerge from the Texas Legislature is to stop collecting revenue for the system benefit fund and give the remaining funds away in the form of utility rebates through big subsidies to reduce the summer  electric bills of poor families by 80 percent for two years.

This makes no sense. It will encourage families to grow accustom to consuming more electric power than they can afford for two years and then cut them off of any assistance at all. You have to seriously wonder about the competence of legislators in basic budgeting when they propose a plan like this.

The Sierra Club’s proposal for reducing energy costs through investment in weatherization, coupled with a commitment to ensure the System Benefit Fund is used for the purpose it was created is the fiscally responsible solution.