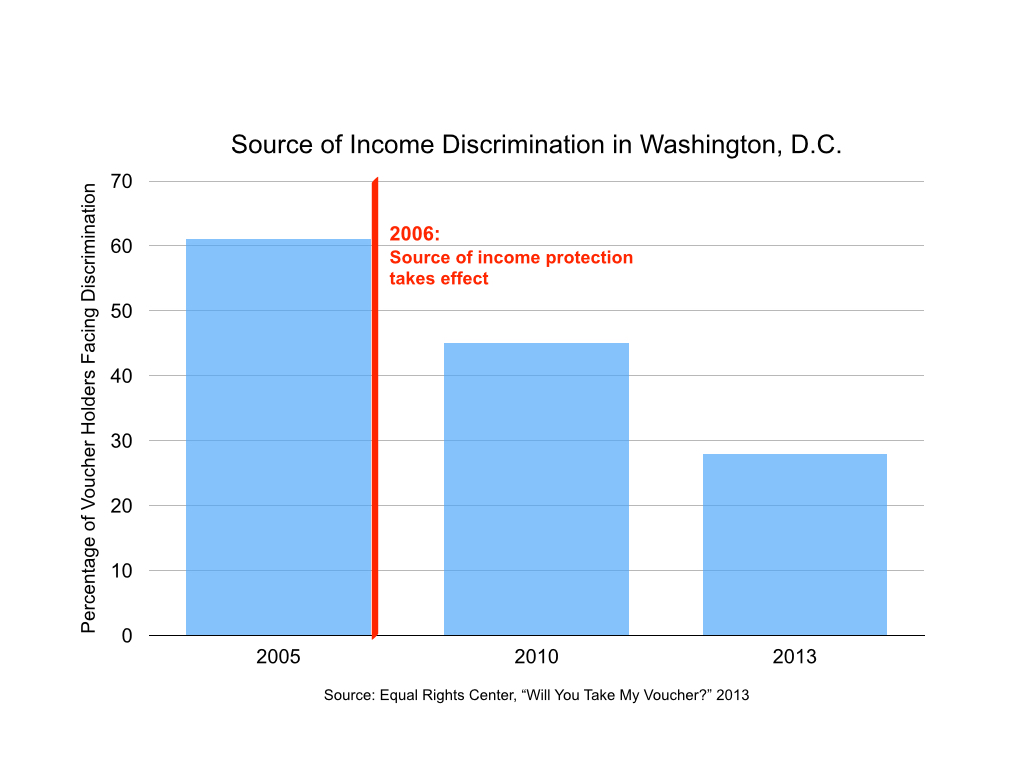 Both chambers of the Texas Legislature are currently considering bills that would ban local governments from enacting source of income protection laws, in response to a recent fair housing ordinance in Austin. While Austin is the first city in Texas to protect those who use housing vouchers from landlord discrimination, source of income protection is on the books in 12 states, the District of Columbia and dozens of cities, towns and counties around the country.

Well, a national survey conducted by the U.S. Department of Housing and Urban Development found that the “success rate” for voucher holders, or the amount of time they were able to find suitable housing, increased by 12 percent in the parts of the country where source of income protection is in effect. The study showed that anti-discrimination laws gave voucher holders a “significantly higher probability of success” of finding a place to live.

And one local study demonstrates a similar impact. In 2005, the Equal Rights Center (ERC) conducted a study on source of income discrimination in the District of Columbia. They found that 61 percent of landlords in D.C. refused to rent to housing voucher holders (keep in mind that in Austin, that number is more than 90 percent).

Source of income protection was added to D.C.’s housing statutes in 2006, and the ERC conducted a follow-up study four years later to determine if the law had reduced discrimination. This time, 45 percent of landlords were found to discriminate against voucher holders, a substantial drop but still a high number.