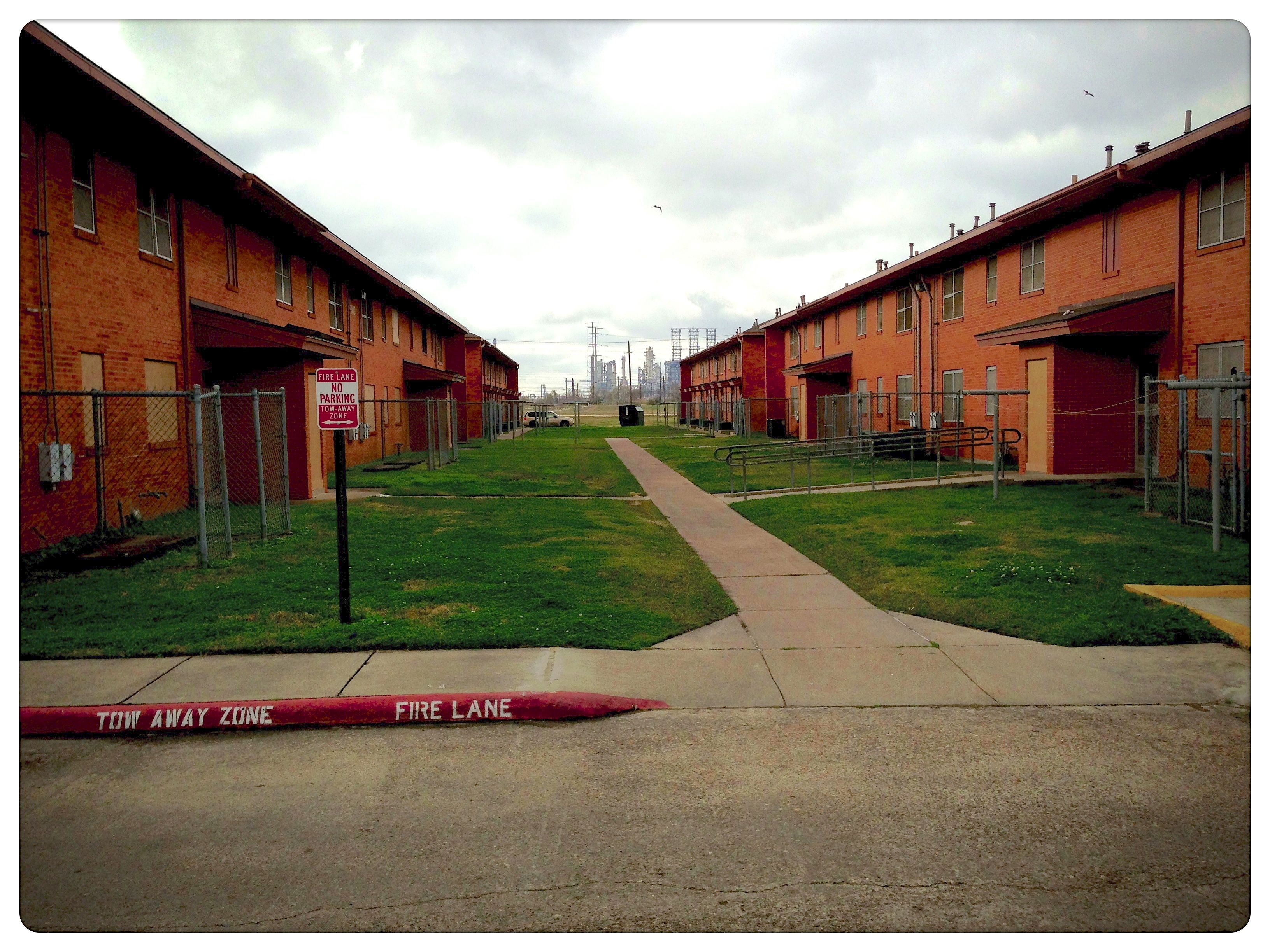 A landmark new study by The Equality of Opportunity Project, a research collaboration between Harvard University and the University of California-Berkeley, quantifies what many low income families already know: Growing up in certain parts of the country seriously harms children’s chances to succeed. With the U.S. Supreme Court set to rule on a fair housing case that could dramatically impact the ability of low income families to move into higher opportunity neighborhoods, the study is a timely reminder that place matters.

By examining millions of earnings records for children whose families moved from one area to another, the study defined “income mobility” for nearly 2,500 counties around the country. The statistic shows how much added household income an adult gains for each year of childhood they spend in a certain place. The living situations in some counties increase the average lifetime earnings for children raised there; others dramatically reduce them.

According to the study’s authors, Raj Chetty and Nathaniel Hendren, where you grow up matters more if you’re born into a low income family, as children from homes with lesser means are more affected by their area’s income mobility. Five key factors help increase income mobility: reduced racial and economic segregation, low income inequality, better schools, less crime and more two-parent homes. The study also found that age matters – the older a child is when their family moves from a low opportunity area to an area with higher income mobility, the less they gain from the move. Low income children have the best chance at earning an above average income if they move to a higher opportunity area before the age of 10.

Thanks to an interactive map put together by the New York Times, we can go county-by-county to find out what levels of income mobility children face around the country. The local data illustrates how the study measures place-based mobility.

For example, the study rates Travis County, home to Austin, as “very bad” for income mobility, a better place for low income children to grow up than just 13 percent of other counties surveyed. Perhaps, given the factors the study associated with income mobility, it should not be surprising that the most economically segregated city in the country provides so little opportunity for poor families. Children in Travis County raised in low income families (which the study defines as those that earn less than the 25th income percentile) make 8 percent less at age 26 than the average 26-year-old. That’s a loss of $1,960 per year. Compare that with nearby Lee County, just east of Austin, where every year a child spends in the county adds around $190 to their future annual earnings. If a 26-year-old was born and raised in Lee County, they can expect to earn about 15 percent more than their peers, or $3,840 more each year.

Elsewhere in Texas, the results are mixed. Beyond Austin, the state’s largest cities also receive low marks for income mobility. Bexar County, around San Antonio, also rates as “very bad” for children from low income families, better than just 14 percent of all other counties. Dallas County is “very bad” as well, in just the 19th percentile nationally. Hidalgo County in the Rio Grande Valley, around McAllen, is in the 20th percentile, as low income children raised there can expect to earn about 5 percent less than average. But next door in Cameron County, around Brownsville, low income children have a better shot. Children from low income Cameron County families will make 8 percent more, or $2,070 per year, than average.

What becomes clear, moving through the local data, is that income mobility for low income families changes radically within very short distances. Counties with below average income mobility are regularly bordered by other high opportunity counties. The New York Times map helpfully points out the places with better income mobility in each geographic area. “If you’re poor and live in the Dallas area,” the text accompanying the map of North Texas reads, “it’s better to be in Cooke County than in Kaufman County or Dallas County.”

The problem for low income families is that the option to simply pack up and move to a higher opportunity area often doesn’t exist, even if that area is nearby. Without adequate low income housing support – through affordable housing plans, housing voucher programs, the diverse placement of public housing – many families cannot afford to move their children to an area where they’ll have a better chance to grow up and earn a good living. The areas with the elements the study linked to upward mobility, such as racial integration, income equality, good schools and safe neighborhoods, are out of reach for many low income families, even if they’re just a few miles away.

Housing vouchers are a way to supplement the cost of housing in a higher opportunity area in order to help a low income family move. An additional paper by Chetty, Hendren and Lawrence F. Katz, examining the long-term effects of an experiment that gave vouchers to public housing residents, found that young children who moved to a higher opportunity neighborhood using a voucher had much higher college attendance rates and future earnings than their peers. Children whose families moved before they turned 13 earned about 31 percent more than the mean – increasing their total lifetime earnings by around $302,000.

But housing voucher programs often have waiting lists that are either years long or closed entirely – and even after families receive vouchers, they may be unable to find housing in higher opportunity areas due to discrimination. A study in the Austin area found that more than 90 percent of large rental properties were not open to voucher holders, greatly diminishing their housing options. About three-quarters of Austin’s voucher holders live in areas with a very low to moderate median income, and 81 percent live in majority-minority Census block groups. In response to the segregation of voucher holders, the Austin City Council passed a source of income protection ordinance to forbid voucher-based discrimination – which is now being challenged by a lawsuit and a legislative effort to ban any city in Texas from adopting such a law.

Other fair housing tools used to help low income families find opportunity in new neighborhoods are under attack as well, most prominently in a case currently before the U.S. Supreme Court, Texas Department of Housing and Community Affairs v. The Inclusive Communities Project, Inc. In the original case, which is now on appeal all the way to the high court, the way that the state of Texas distributed Low Income Housing Tax Credits (LIHTC) in the Dallas area was found to be in violation of the disparate impact provision of the Fair Housing Act, which ensures that housing programs do not have disproportionate racial effects. The federal district judge in the original case found that Texas had been “disproportionately approving LIHTC in predominantly minority neighborhoods and disproportionately denying LIHTC in predominantly Caucasian neighborhoods” in and around Dallas.

When low income housing is predominantly concentrated in minority neighborhoods, racial and economic segregation worsens and, according to Chetty and Hendren, income mobility is damaged. Families who rely on affordable housing programs have little choice but to live in areas with high levels of racial segregation, which often correlates with greater income inequality, lower performing schools and higher crime rates. Every year a child spends in such an area because their family has no other option decreases their chance to be upwardly mobile later in life – and costs them thousands and thousands in future earnings.

A low income family may want to move from south Dallas to the suburb of Frisco, where the schools are better, the neighborhoods are more integrated and low income children have about an average chance to earn as much as their peers, according to data for Denton and Collin counties. Without LIHTC and other affordable housing options, they may not have that choice. But after the original Inclusive Communities case forced Texas to follow the disparate impact provision, some families were able to move to Frisco and other higher opportunity communities. Now the state wants the Supreme Court to bail them out of their responsibility to provide housing choice to poor families.

The lack of affordable housing options in high opportunity areas is not a problem unique to Texas. The New York Times map shows swaths of low mobility counties across the country, including a great many in the Southern states. If the Supreme Court rules in Texas’ favor and defangs the Fair Housing Act, the nation will lose a crucial tool to help poor families find greater opportunity for their children. The children who grow up in the “very bad” counties will have even less of a chance at making a decent living. The consequences of where poor children are born will matter even more than they already do.