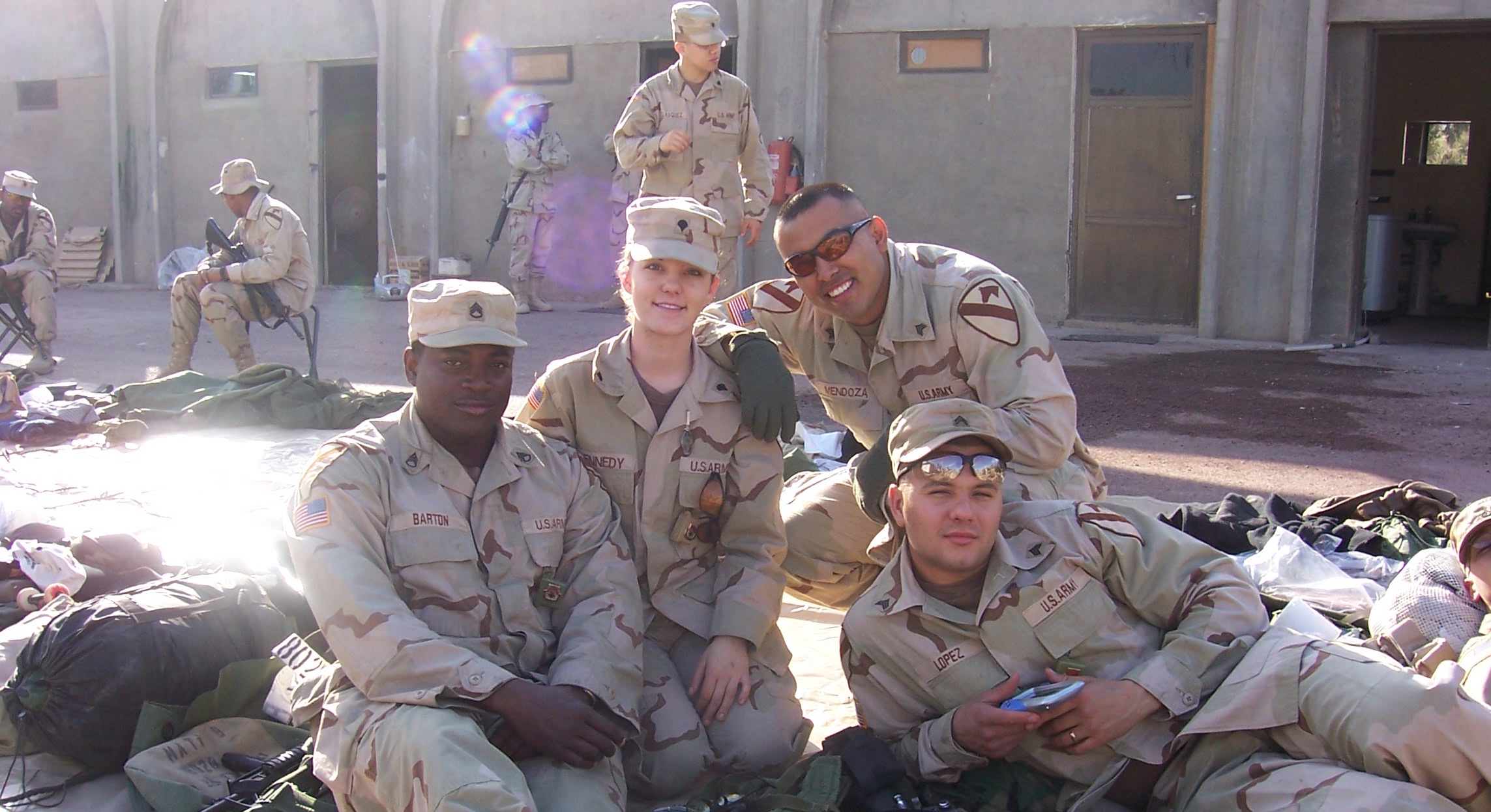 A year ago, Samantha didn’t know about housing vouchers for veterans. She’d never needed to.

“I just had never needed assistance. I always worked multiple jobs and kind of had it together,” says the Austin resident and former Army Specialist. “I wasn’t expecting things to take a turn.”

The Austin City Council passed an ordinance last year prohibiting discrimination against renters based on their source of income, after a survey found that housing vouchers were not accepted at more than 90 percent of large apartment complexes in the city. In response, the Texas Legislature passed a bill to prevent cities from protecting voucher holders – unless those voucher holders are veterans.

Nationwide, vouchers and other forms of rental assistance help more than 340,000 veterans find housing and have helped reduce veteran homelessness by 33 percent since 2010. The Ending Community Homelessness Coalition estimates that more than 600 veterans in Austin are homeless and in need of housing support. When Samantha’s life took an unexpected turn and she found herself living in a homeless shelter with a newborn baby, she learned how vital that support is.

Samantha grew up in Cleveland, Ohio, and joined the Army out of a sense of adventure. She was deployed in the second rotation of Operation Iraqi Freedom in 2004 and left Iraq the next year. Stationed at Fort Hood in Killeen, Samantha moved closer to Austin when her service was complete.

“I realized how much I loved it, what a great city it was and all the opportunities, so I stayed,” she says.

She settled in the southwest Austin area near Lake Travis and worked as a bartender and an administrator for a construction company. After three years she was able to buy the bar she worked in, then later built out and operated another.

Last year, Samantha was in a relationship and she and her partner were investing in another expansion. She’d put nearly all her money into the new business. But the relationship was extremely abusive. Samantha felt that her life was in danger. And then she found out that she was pregnant.

“For the first time, I was helpless,” Samantha remembers. “It was just an emotional disaster: Being pregnant, not knowing where to go or what to do. I was in and out of the homeless shelter because [home] wasn’t a safe place to be. And at the shelter they told me about Caritas.”

Caritas of Austin provides assistance with housing, food, employment and education services for refugees, veterans, the homeless and others. Thanks to a connection from the Salvation Army’s emergency shelter, Samantha was assigned a caseworker in Caritas of Austin’s Supportive Services for Veteran Families (SSVF) program.

SSVF caseworkers help veterans with a variety of services, including applications for Housing Choice Vouchers, Veterans Affairs Supportive Housing (VASH) vouchers and other forms of housing assistance. With her caseworker’s help, Samantha was approved for a housing voucher last November. She gave birth to her son, King, on New Year’s Eve.

As too many voucher holders know, receiving a voucher is far from the end of the road. First, Samantha learned that she wasn’t eligible for housing until she paid off an electricity bill from the house she’d left. Other obstacles mounted. The rental market is Austin is so competitive that landlords often ask for proof that an applicant makes three times the cost of rent, and any blemish on a person’s record can cause a landlord to pass them over. Before she got away from her abuser, Samantha had been arrested in a domestic dispute. She found that the arrest seriously damaged her chances of finding a place to live.

“I didn’t have a vehicle, I didn’t have any money, I didn’t have anything,” she says. “Having anything on your record makes it really difficult to get into a place in Austin. The first time I’ve ever been in trouble in my life has kind of stayed with me and kept me from getting housing.”

The Salvation Army helped Samantha pay her bill and Caritas of Austin helped her search for apartments. She and King lived at the shelter while the search continued, and Samantha faced the kind of source of income discrimination that Austin’s ordinance was meant to end.

“I call a thousand apartment complexes trying to get housing in my price range,” Samantha recalls. Vouchers are only eligible for housing units under a certain price, based on income and household size. “They tell you right off the bat, ‘we don’t accept a voucher’ or ‘it’s just not welcome’ or they’ll pretty much hang up on you and not want anything to do with you because you have a voucher. They have judgment and stereotypes against people [with vouchers].”

For the first five months of King’s life, Samantha couldn’t find anywhere for her and her son to live. Finally, last month, Caritas of Austin located an apartment in North Austin that would accept Samantha’s voucher, and she and King moved in. Samantha says that she’s learning her way around a new part of town and has already been on several job interviews.

The Texas Legislature, while striking down most of Austin’s source of income protection law, has allowed cities to ban discrimination against veterans based on how they plan to pay their rent. No one who’s served this country should have to go through what Samantha did because of landlord discrimination – and cities should actively pursue protections to ensure that no veteran is in need of a home.

“Having a home helps your mentality, helps you to think more clearly,” Samantha says. “It feels really nice to have a place to call home. I feel safe again, and I feel like I can start over.”