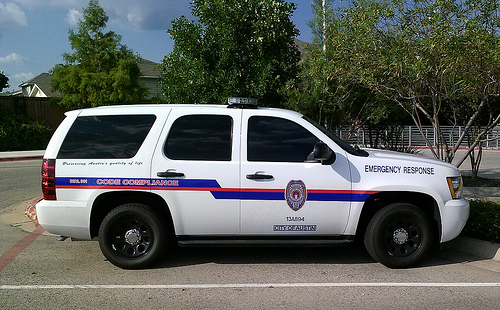 The Entrepreneurship and Community Development Clinic at the University of Texas School of Law, directed by our friend (and previous blog contributor) Heather Way, recently prepared a report for the North Austin Civic Association on dangerous rental properties in Austin. The report, published on Monday, found serious problems with the City of Austin’s Repeat Offender Program (ROP), which targets rental properties that have been issued multiple heath and safety violations in a two-year span.

“This report demonstrates that Austin’s efforts to combat dangerous rental properties are still inadequate,” Heather said in an official statement accompanying the report’s release. “With limited oversight and no meaningful penalties from the City, Austin landlords continue to rent dangerous housing, jeopardizing the safety of tenants.”

The ROP was created after the same balcony collapsed twice in one day at an apartment complex with predominantly low income tenants. The program is intended to protect low income renters from landlord neglect through a system where repeat code violators must pay a $100 fine, register with the City and receive annual inspections.

However, the clinic’s report found that the City is failing to effectively enforce the program in three ways: Identifying unsafe properties, monitoring further code violations at repeat offender properties and enforcing repairs, regulations and sanctions at dangerous locations.

Some of the report’s key findings include:

Tenants at dangerous properties deal with long delays before problems are fixed. ROP properties routinely miss their City-assigned deadlines to address code violations, with little to no consequences. The report’s authors found that it takes an average of 159 days for a landlord to address a violation. As an example, they note that at one apartment complex, inspectors found unsafe stairways and walkways in June of 2013, followed up in October of 2014 to find that the violations had not been addressed and had not taken any further action as of April of 2015.

When the City has taken action against an ROP property, it has usually been after issuing several warnings to landlords to address problems such as deficient stairwells and landings, mold, sunken roofing, dangerous electrical systems and inadequate structural supports – problems that can linger for years.

Only about two-thirds of repeat offender properties have even registered with the City as per ROP guidelines. As of this May 2015, 19 of the 29 ROP properties in the City system had registered. And many properties which should be added to the system have not been identified. From November of 2014 to May of 2015, only one rental property was added to the ROP list, even as the UT report found several other apartment complexes with dangerous, repeated threats to residents’ safety. One property was issued multiple violations in 2014, including a broken sewage pipe, electrical problems and missing smoke alarms, but does not appear on the ROP list.

Although part of the ROP ordinance requires the City to create a public reporting tool for properties that fail to address violations in a timely manner, the Code Department has not yet done so. Members of the public, including low income renters whose safety is threatened, still cannot access information about dangerous properties.

Code violations can be a life-and-death issue for renters, especially low income renters. In May, a four-year-old died from electrocution after touching exposed air conditioning wires at an apartment complex in southeast Austin. Tenants rely on the City to protect families from spending years living under dangerous conditions due to landlord neglect.

As Randy Teich, the president of the North Austin Civic Association, said in a statement on the report, “More of these catastrophes could easily happen in Austin if the City does not take more aggressive actions to protect tenants.”