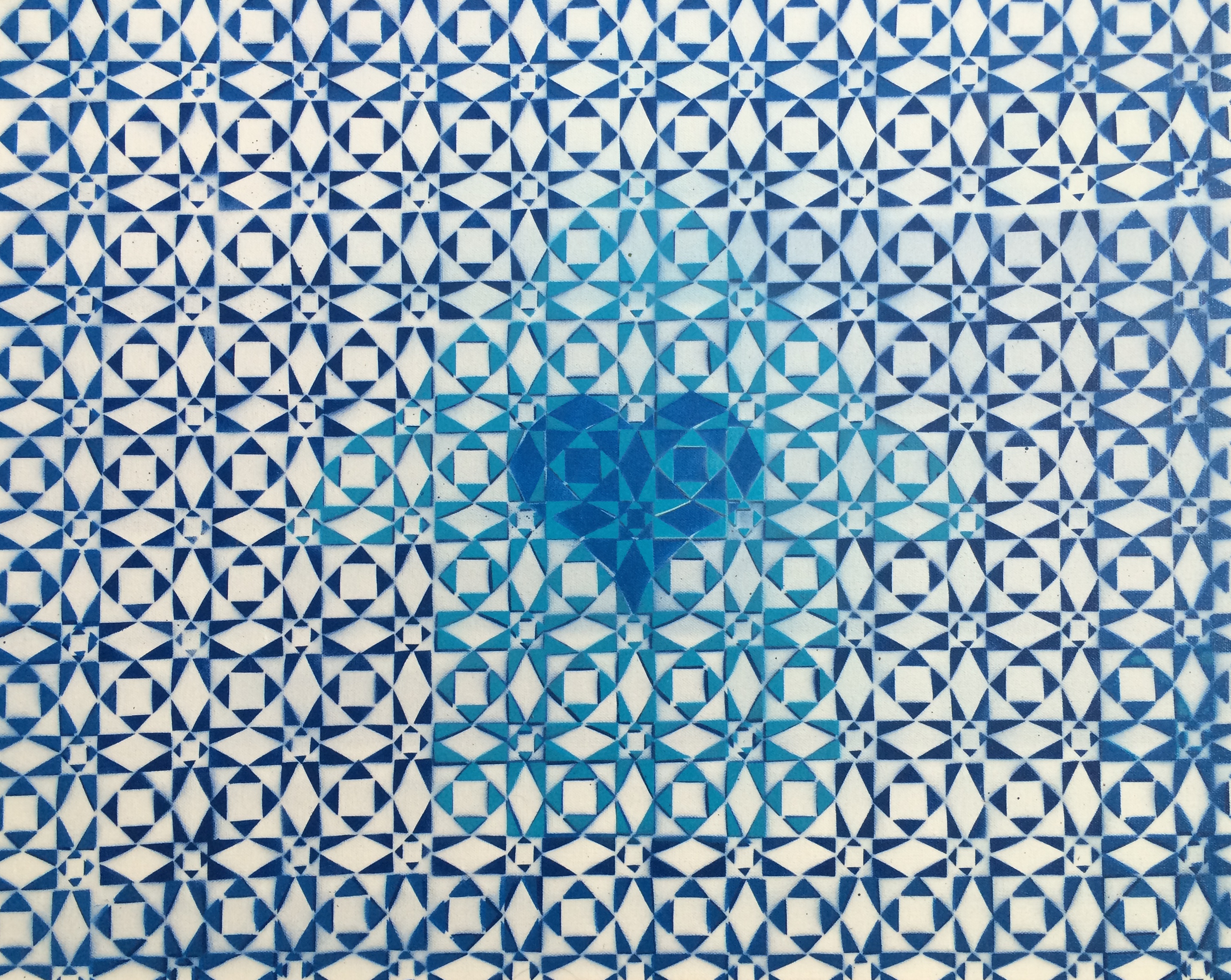 On November 4, Texas Low Income Housing Information Service will host the 2015 Texas Houser Awards, recognizing those committed to the cause of housing justice as activists, community leaders and policymakers (tickets are still available!). Our four awardees this year are leading the charge in expanding housing opportunity and civil rights for low income Texans, and we are proud to recognize them as Texas Housers.

All proceeds Houser Awards benefit our work to support low income Texans’ efforts to achieve the American dream of a decent, affordable home in a quality neighborhood. And this year, thanks to the talents of our staff member and Rio Grande Valley director Josué Ramírez, we are fortunate to have three beautiful, original art pieces to feature in a silent auction leading up to the event.

The three pieces are inspired by Josué’s work in the Rio Grande Valley, where he works with community partners to bring housing and infrastructure improvements to the colonias. Josué is an accomplished artist who recently completed a mural in honor of the 40th anniversary of our partners at the Community Development Corporation of Brownsville. More of his work can be seen on Instagram at #rawmirez and at his upcoming debut show “Borderland” in McAllen on November 7.

You can bid on the pieces from now until November 4 at our online auction page. Here are the three pieces up for sale, and what Josué had to say about his inspiration for each:

“Houser Motto”
(24″x48″)
“When I first started working at TxLIHIS three years ago, I saw a tiny sliver of paper hanging on top of one of the desks that became my inspiration for this piece. The painting is done in a black-and-white modernist stencil style and depicts rural and urban America with the sun shining and clouds hanging overhead. In the foreground, a worker’s hand is raised holding a hammer over a banner that reads, “The time to repair the roof is when the sun is shining – JFK.” It’s the message hanging in the TxLIHIS office that I will never forget. Let’s get to work.”

“Security Blanket”
(16″x20″)
“This painting was inspired by the feeling of security that a home provides, encapsulated through a quilt pattern. Something pretty, simple and small.”

“Home Lost at Sea”
(24″x30″)
“This piece was inspired by the Lost at Sea quilt pattern, drawing on the symbolism of security and comfort that comes from quilts or blankets. Within the blue pattern, the simple shape of a home is found, and within that, the shape of a heart. The name of the quilt pattern adds to the housing-themed message of the painting: Even though it depicts symbols of security, safety and love, it does so by placing them in a environment that is intricate, chaotic and easy to get lost in.”

The auction will conclude at the Houser Awards on November 4. The winning bidders in attendance can pay in person via check, cash or credit card, and those not in attendance will be able to pay afterward.