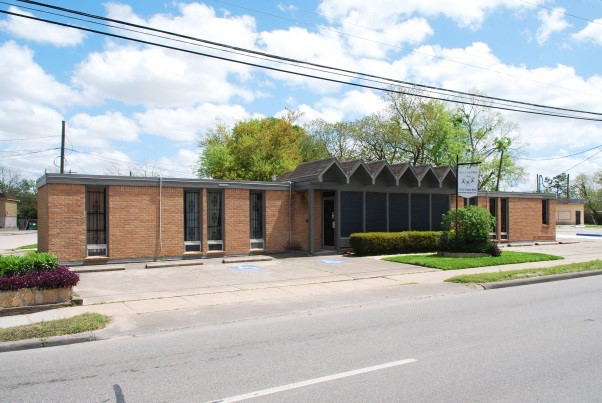 On Thursday, December 10, Houston’s Sunnyside community will celebrate the recent designation of the old Cullen Clinic building, now home to Poindexter Dental, as a Historically Protected Landmark by the City of Houston and the Harris County Historical Commission. The event will take place from 1 to 5 p.m. at Poindexter Dental, 7703 Cullen Blvd.

We have been engaged with Sunnyside residents in a community planning process to create the Sunnyside Neighborhood Plan, which examines the legacy of disinvestment and public neglect of the historic African-American neighborhood while celebrating the spirit of its residents and strategizing for its future. The Cullen Clinic is the first historically designated site in Sunnyside, and the community is ready to celebrate this momentous milestone, recognizing the site as a place that exemplifies the exceptional dedication of Sunnyside residents and highlights the heritage of the Sunnyside community. All community members and supporters are invited to join in the festivities.

In 1952, Poindexter was one of two students to gain national attention when he registered at UT School of Dentistry at Houston. Because of the Sweatt v. Painter decision at the U.S. Supreme Court that led to the desegregation of university graduate and professional degree programs, Poindexter was able to enroll in the program. In 1956, he became the first African-American to graduate from the school.

Because of the the same Supreme Court ruling, Chase was also able to enroll at UT, and graduated with a Masters degree in architecture in 1953. After he could not find a white firm that would hire him, Chase moved to Houston and opened his own practice. He became the first licensed African-American architect in Texas, and was renowned for his professional achievements.

Poindexter Dental is more than a neighborhood dental office. It serves as a constant reminder of the challenges many African-Americans endured to simply provide for their families while serving their communities.