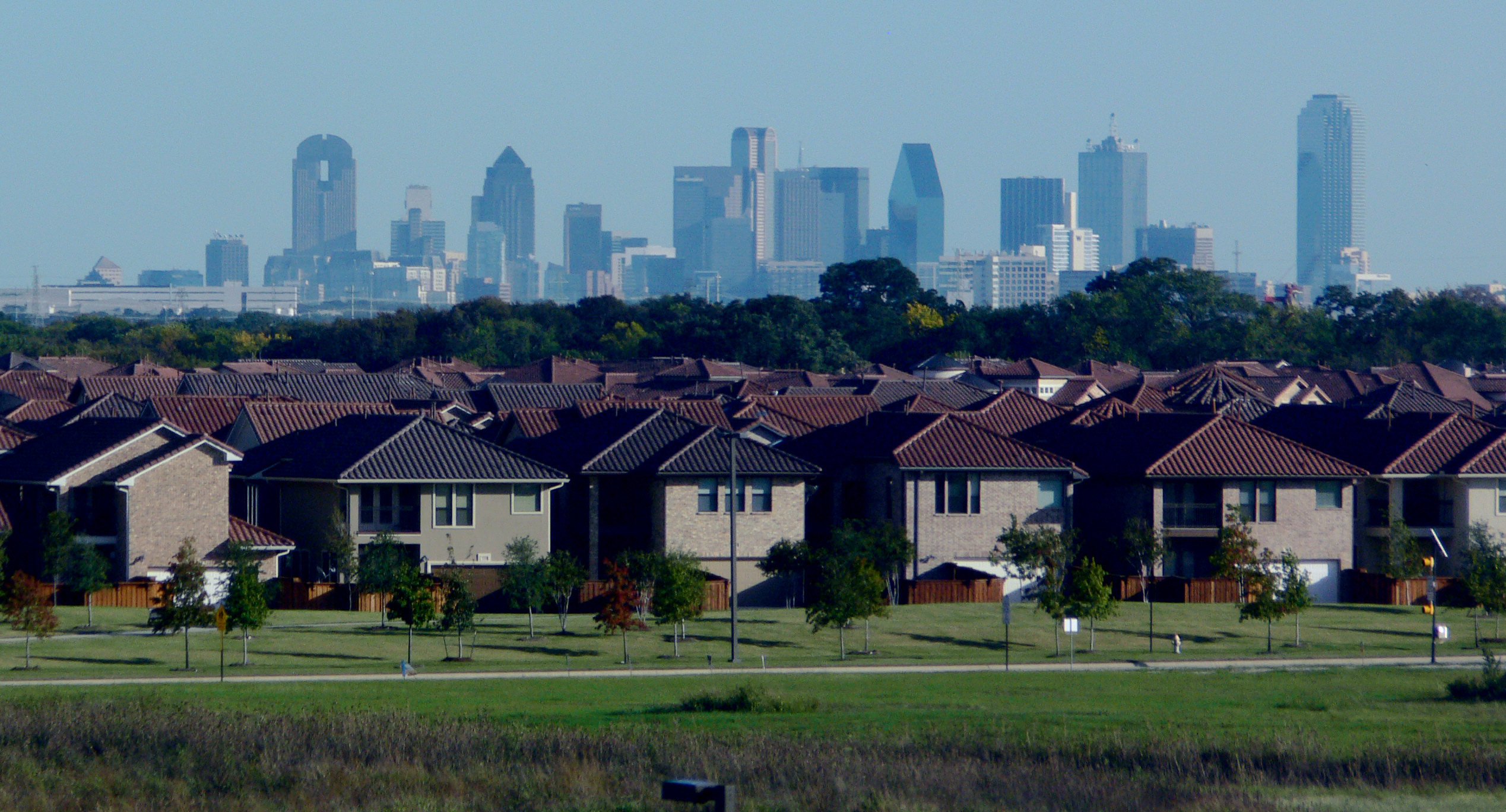 The Inclusive Communities Project is a remarkable, unique organization operating in the Dallas area – and the major reason why that area has emerged as the epicenter of the current national push toward fair housing.

ICP brought the suit that led to the landmark U.S. Supreme Court decision last summer, upholding the disparate impact provision of the Fair Housing Act in a major victory for civil rights. But, as ICP vice president and deputy director Demetria McCain (the recipient of one of our 2015 Texas Houser Awards) points out, despite the gravity of the court case, little has changed about the daily grind to find quality housing for low income people of color in the Dallas-Fort Worth metroplex.

“The Supreme Court did not change our day-to-day,” McCain says. “We still have our challenges. There is much more demand than there is supply.”

McCain oversees the Mobility Assistance Program (MAP), where six fair housing counselors (and two program assistants) work directly with families with Dallas Housing Authority vouchers who are interested in moving to a high opportunity neighborhood. It’s the practical application of the overriding idea behind ICP and, for that matter, the Fair Housing Act itself: That every family, regardless of their race, income level or use of a government subsidy, should be able to choose where they would like to live.

“We’re trying to break down the fair housing barriers that keep families out” of many high opportunity areas, McCain says. The barriers can take the form of widespread discrimination against voucher holders from landlords to the lack of sufficient multifamily rental housing supply, particularly in hotter market areas where it is easier to rent to someone without a voucher because of high demand. The role of the MAP counselor is to be a hands-on advocate for a family’s interests in the face of these challenges.

Two or three times every week, counselors attend the briefings DHA holds for people who are either receiving their vouchers for the first time or relocating. They give short presentations on ICP’s mobility services and take the names of people who might be interested in learning more. In a follow-up conversation, counselors brief families on where housing might be available in high opportunity neighborhoods – and where those neighborhoods even are, as many are unaware that their vouchers can be used in a seven-county region surrounding Dallas, not just in the city itself.

“Prior to attending the DHA briefing, some people don’t know about the suburban areas or that they are allowed to use their voucher in these areas,” says Nicole Rolfe, MAP’s new director. “So when they learn that, it’s a real relief for them.”

The most important part of the initial counseling process, Rolfe says, is determining what a family wants from their voucher. Would they like to live near a good school? Have a shorter commute to their job? Easy access to a grocery store? These are the essential questions, helping to discern what exactly we mean when we talk about “high opportunity” neighborhoods.

“Most of our clients are single moms with kids,” McCain says. “The two main reasons they want to move to high opportunity areas are school districts and crime. A lot of times people say, ‘I just want peace. I want quiet.’”

For a long time, voucher holders were mostly kept out of the parts of the Dallas area that provide residents with peace and quiet, safety and quality education. MAP began in 2005, building on an internal DHA program that provided counseling to people who received vouchers via a settlement from the Walker v. U.S. Department of Housing and Urban Development (HUD) case, a long-running dispute about public housing discrimination.

DHA helped Walker Settlement voucher holders move to better areas but provided little other assistance. Seeing a void in service, ICP staff created MAP to assist families with subsequent moves. “They wanted to stay in a good neighborhood and needed some support to do that,” McCain says.

Then, in 2011, ICP settled a major suit against HUD about the use of Fair Market Rents (FMRs) in the Dallas area. FMRs determine how much the voucher (via the public housing authority) will pay for units that will accept housing vouchers, and ICP alleged that by setting one FMR standard for a multi-county region, HUD perpetuated racial segregation by essentially pricing voucher holders out of wealthier, less minority-concentrated areas. The settlement resulted the implementation of a HUD demonstration program for the use of Small Area Fair Market Rents for vouchers in the Dallas area, setting FMR levels by zip code rather than a multi-county area – one of the only current SAFMR usages in the nation.

As a result, regular voucher holders were eligible to live in many places in counties that had previously been off-limits. “That opened up the ability for many more DHA voucher holders to move to high opportunity areas,” McCain says, and MAP expanded to counsel any DHA client interested in mobility options.

MAP’s specially-designed website gives families information about “opportunity moves,” providing a map of the region that highlights high opportunity and Walker Settlement-targeted areas (defined by the court as slightly lower than ICP’s own high opportunity definition). Clients can type an address into the website and find out about the quality of the school district, the ranking on HUD’s opportunity index and the Community Development Financial Institutions “distress index,” demographic information and more. The same services can also be provided over the phone and in-person with counselors.

Once a family finds a neighborhood and a unit that they like, and the unit passes inspection, they can also qualify for ICP’s move-related financial assistance with security deposits and applications, which can present a real hurdle for low income families, who may apply to many developments in order to get into a high opportunity area. Rolfe says the counselors are familiar with many landlords’ developments that accept vouchers and those that do not, though if a landlord in a family’s desired area doesn’t know about vouchers, counselors work to persuade them to participate in the program via ICP’s landlord incentive bonuses.

Between 2005 and 2014, McCain estimates that around 3,000 families received financial assistance through MAP. In 2014 alone, MAP counselors educated about 2,800 families on opportunity moves through DHA briefings – information that, were it not for ICP, would barely be mentioned during the voucher process.

Many families keep in touch after moving, reporting back about their changed lives. Families make friends with their new neighbors and parents get involved with the local schools. Rolfe says that education is the main benefit that MAP clients report, because the bulk of people making moves are families with children. One mother sent her children’s report cards to Rolfe. “She was just amazed what a significant impact it had on their grades,” she says. “They hit the honor roll.”

Of course, low income families are not the only ones to benefit from increased mobility. “Any time that you have more diversity, it benefits everybody,” McCain says. She remembers going to visit the suburb of Sunnyvale, after decades of litigation finally resulted in the town’s first affordable multifamily complex. Representatives of the school district were on site as families moved into the building, and ICP staff talked them through free and reduced lunch paperwork, the challenges of driver’s license requirements for enrollment and other things they had not previously needed to consider. At the end of the school year, McCain met with the head of school services to get a sense of how the new families were fitting in.

“Certainly there were hurdles, but in the end it was a great year for everyone,” she says. School officials were even trying to find a job for one parent who had moved to a house of her own outside the district, so that her children could stay in the same school. “That was really significant for us,” McCain recalls. “A lot of the time you have certain local residents and politicians who are against the building of affordable housing. But then you have other people on the ground.”

Too often in Texas, local groups in majority-white communities rally against the development of multifamily housing units that could help provide families with opportunity. But, McCain notes, once the housing is constructed, “you don’t really hear from them much anymore.” She remembers attending a municipal meeting in Frisco, another suburb where some neighbors voiced strong opposition to proposed affordable housing. Despite the rancor, affordable fair housing efforts won. The housing was built; families moved in.