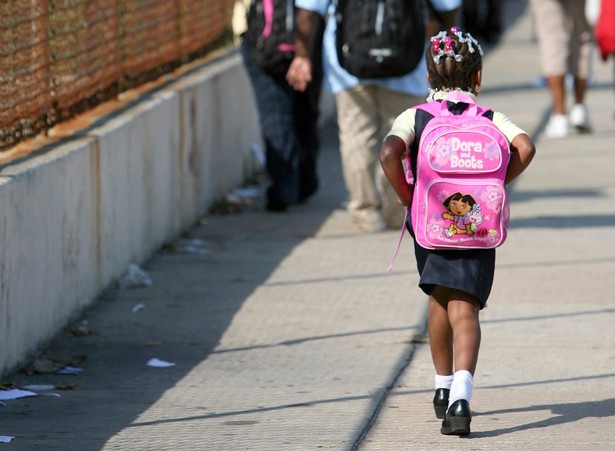 The Houston Chronicle editorial board wrote a powerful column in support of fair housing in Sunday’s edition.

We would not normally quote an editorial in its entirety, but do so in this case.

Housing dreams
Mayor’s reset on affordable housing project only kicks the can down the road.
What happens to a dream deferred?

That’s the question affordable housing advocates need to ask themselves as Mayor Sylvester Turner opposes plans by the Houston Housing Authority to build a controversial mixed-income apartment in the Galleria area — a so-called high-opportunity neighborhood that has well-rated schools and access to transit.

The project was the first in our city to model the groundbreaking Moving to Opportunity study. That multi-generational social science experiment discovered that young kids who move from high-poverty neighborhoods into wealthier ones end up adopting the middle-class lifestyles of their peers. Those kids go on to earn more money and build more stable households, passing the socioeconomic gains down to their own children. If the results bear out, this policy may prove to be the silver bullet that can take down systemic poverty. And the mayor just put it back in the holster.

Turner said the price tag on the project, located on Fountain View Drive, is simply too high. We don’t buy it. As the Houston Housing Authority has pointed out, land in nicer neighborhoods is going to cost more. And the sad truth is that City Hall will need to start building projects in pricier areas if it wants to avoid a discrimination lawsuit. We can’t help but wonder what other pressure the mayor faces behind the political curtain as he confronts the difficult task of uniting everyone on a pension fix.

To his credit, the mayor’s office immediately followed up by announcing that the housing authority would restart the process from scratch. The dream of building apartments for the poor and working-class in one of Houston’s best neighborhoods hasn’t died — it has just been delayed.

Still, we’re surprised to see Turner attack an affordable housing project after running for office on a platform of bridging the gap between wealthy and poor. It is a struggle he knows firsthand as a lifelong resident of Acres Homes.

Then again, he’s done this before.

As a state representative, Turner helped block plans to build an apartment for low-income families on a former Metro Park-and-Ride location in his district.

“If you can’t convince the homeowner associations and the civic clubs and the management district that this is right for the community, then I will not support it, “ Turner told the Leader News in April 2015.

That’s Turner’s attitude today, and it feels all too much like he’s trying to appease a modern-day Karl Lindner, the kindly neighborhood organization representative in Lorraine Hansberry’s “Raisin in the Sun,” who tries to convince the African-American Younger family to not move into an all-white neighborhood.

To quote Linder: “You’ve got to admit that a man, right or wrong, has the right to want to have the neighborhood he lives in a certain kind of way.”

With every step backward on affordable housing, Turner risks empowering those “not-in-my-backyard” forces who want their neighborhoods a certain kind of way. You can’t make everyone happy all the time.

No amount of negotiation stopped some people in Tomball from thinking that a low-income retirement home was a “ghetto” that would attract “thugs” earlier this year.

No conversation stopped Meyerland residents from picketing a church that was building charitable apartments for single moms in 2012.

We doubt the housing authority will ever find a good location in a well-off neighborhood that doesn’t attract some controversy.

At a certain point, City Hall has to stop giving in to whatever excuses people can invent to oppose low-income housing. All of Houston bears a shared responsibility for offering a hand up to people trying to improve their lives.

We know that bringing kids into better neighborhoods helps them reach that next rung on the economic ladder and take part in the American dream. For the kids who would have moved into the Fountain View apartment, that will have to remain a dream deferred.