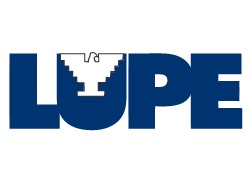 Our friends at La Union del Pueblo Entero (LUPE) and Texas RioGrande Legal Aid (TRLA) have been waging a multi-year legal battle with the Federal Emergency Management Agency (FEMA) over that agency’s policies that denied tens of thousands of the poorest homeowners any assistance to rebuild their homes in the wake of natural disasters like Hurricane Dolly back in 2008.

The policy FEMA was operating under denied rebuilding assistance to a large number of low-Income families who lived in homes damaged or destroyed in hurricanes. FEMA’s denial of home repair funds was based on the evaluation of private contractors who determined that the home had “deferred maintenance” at the time of the hurricane that contributed to the home being damaged or destroyed in the natural disaster.

It never made any sense to deny people any help in rebuilding their homes because they were too poor to keep their home up to standards in the first place. Another injustice was the arbitrary and haphazard way that FEMA’s private contractors went about deciding that the pre-disaster “deferred maintenance” even existed.

This federal court filing will affect many thousands of the poorest families who lost their homes and disasters. The 26 primary clients, who are LUPE members, are residents of impoverished colonias living in the Texas-Mexico border region.

This is a powerful reminder of the importance of the local nonprofit Legal Services organizations. Legal Services is the only consistent, affordable resource the poor have to rely on to get access to the courts to challenge government agencies or private parties when they are injured.

Feb. 23, 2017 WESLACO, Texas – The U.S. District Court in Brownsville has issued its final judgment after an eight-year court battle with Valley homeowners represented by Texas RioGrande Legal Aid (TRLA). The court last Thursday ruled that FEMA violated federal law by using a secret rule to deny home-repair assistance to 24,027 families after Hurricane Dolly hit Texas’ Gulf Coast in 2008. Under the court order, FEMA must reconsider – without using the secret rule – all Dolly disaster-assistance applications filed by the 26 plaintiffs named in the suit and by any of 7,000 members of the community group La Union del Pueblo Entero (LUPE), a plaintiff in the suit.

“The ruling is important not only for the plaintiffs but also for people across the nation,” said TRLA attorney Jerome Wesevich. “Presidents declare over 50 disasters every year, after which FEMA distributes billions of dollars in assistance. Right now, no one knows how FEMA decides who gets assistance. This ruling indicates that FEMA has to do a better job of explaining how it makes its decisions.”

“The court ruled in our favor, and, of course, we’re happy about that,” said Agustina Iglesias, among those whose homes were severely damaged by the hurricane. “But it’s been eight years since Dolly struck, and thousands of people in the Valley still haven’t gotten any financial assistance from the federal government. Dolly tore apart our homes, and we’ve had to rebuild and repair as best we can on our own.”

A single mother, Ms. Iglesias was inside her home with her five children when Dolly struck. They watched water rise several inches inside their home, and they heard the wind rip shingles and siding off the outside of the house. Because FEMA denied repair assistance, Ms. Iglesias had friends install a two-by-four in her living room as a makeshift joist to prevent her ceiling from caving in.

After the July storm, FEMA deployed dozens of inspectors who were neither qualified nor trained to inspect homes. FEMA then directed the inspectors not to record damages as “disaster related” unless they concluded that Dolly’s relationship to the observed damages was “significant, obvious, and without question.” The court last week ruled that use of this secret standard of proof violates federal law.

Within months after Dolly struck, FEMA spokesman Charles Powell told a reporter that Valley homeowners received less FEMA aid than other communities because “a lot of the homes built were built from second-hand materials, [s]o the damage was, in most cases, caused from the faulty building of the house and not the storm.” TRLA’s Wesevich said, “Mr. Powell essentially told Valley homeowners that their damage was their own fault, and FEMA won’t help them just because they are poor. That’s not only offensive; it’s illegal.”

Congress allowed each family harmed by Dolly up to $28,800 in total disaster relief services. Many families were inside their homes when Dolly struck, and they saw the hurricane damage their houses. But FEMA did not even bother to record families’ eyewitness accounts of what they saw. Instead, FEMA sent its untrained inspectors to apply a secret standard to decide which damages were caused by Dolly. When FEMA refused to disclose how it made its decisions, plaintiffs sued so they could see FEMA’s standards, and claimed that FEMA does not offer disaster assistance benefits equally to low-income families.

Hurricane Dolly struck one of the poorest regions in the nation. So far FEMA has paid only $25 million to repair homes post-Dolly, even though FEMA paid some 2,000 times this amount –over $50 billion – to make repairs after Superstorm Sandy struck the East Coast in 2012.

A federal court in the District of Columbia is considering a similar TRLA lawsuit against FEMA arising from 2015 and 2016 Texas disasters, Barbosa v. DHS, No. 1: 16-cv-1843. “We will keep fighting until FEMA is forced to treat everyone fairly and tell us exactly how it decides who gets disaster assistance,” said TRLA’s Wesevich.

Any resident of Hidalgo, Cameron, or Willacy County who applied to FEMA for Dolly assistance and did not receive all of the home repair aid they believe is due may call TRLA’s Disaster Hotline at 866-757-1570.

Today, we received the news we have been waiting 8 years to receive: FEMA will no longer use a secret rule to deny home-repair assistance to low-income individuals and families!

As explained by Texas Riogrande Legal Aid, the U.S. District Court in Brownsville has issued its final judgment after an eight-year court battle by Valley homeowners represented by TRLA. The court last Thursday ruled that FEMA violated federal law by using a secret rule to deny home-repair assistance to 24,027 families after Hurricane Dolly hit Texas’ Gulf Coast in 2008. Under the court order, FEMA must reconsider – without using the secret rule – all Dolly disaster-assistance applications filed by the 26 plaintiffs named in the suit and by any of the 8,000 members of the community group La Union del Pueblo Entero (LUPE), a plaintiff in the suit.

As a country that cares about the well-being of our fellow citizens, we believe that when disaster strikes, the most vulnerable among us should receive the assistance they need to get back on their feet. Government agencies should not discriminate against low-income people, especially in the trying times after a hurricane, flood or major storm.

Unfortunately, FEMA, the federal agency responsible for assistance after disasters, discriminated against the people most affected by disaster and in most need of FEMA assistance. In recent years, a series of disasters have impacted Texas’s Gulf Coast, including Hurricane Dolly in 2008 and a number of massive, unnamed storms in 2015 and 2016. LUPE members and other South Texas families applied for disaster-related home repair assistance in a timely manner, yet were denied some or all home repair assistance. Each family was denied without FEMA advising them of either the legal standards it applied, or the facts upon which the agency relied.

FEMA had so far gotten away with this discrimination because it uses secret rules to decide who gets disaster assistance. That practice violates federal law. That ends today with our victory!Celebrate with us by making a $5, $10, or $15 donation to LUPE today.