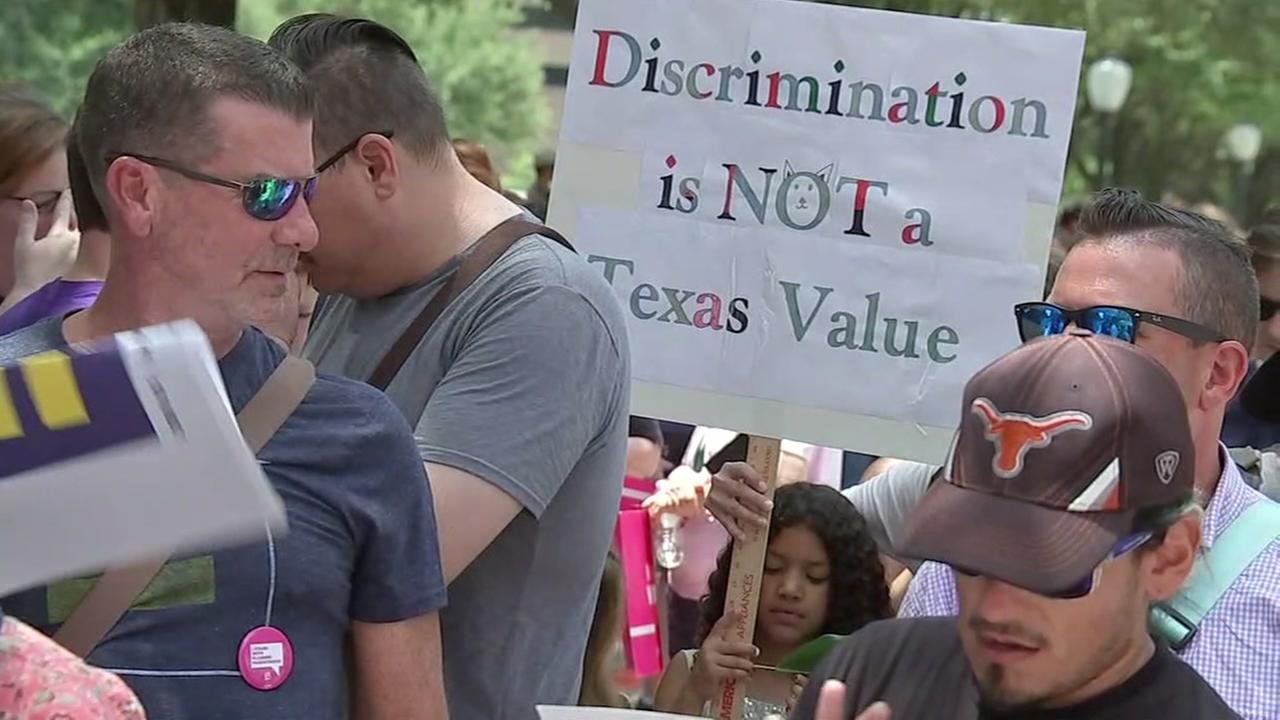 This piece was written for Texas Housers by Michael Arria.

The Texas Legislature has spent much of this summer’s special session attempting to pass a new iteration of the “bathroom bill,” SB 3, to prevent transgender individuals from using bathrooms at government buildings and public schools that don’t align with the sex recorded on their birth certificates, and prevent cities and schools from passing nondiscrimination ordinances to protect transgender people from these kinds of laws. The effort appears to have stalled, with Texas-based corporations vociferously critical the bill, wanting to avoid the boycotts and economic disruptions that hit North Carolina in 2016 after similar legislation passed there, and many Texas Republicans unwilling to choose between the state’s business community or the Christian right.

But even if the discriminatory bill is stopped, its very existence still serves a deeper purpose. In the words of Texas Housers research director Charlie Duncan, the bathroom bill is intended to “have an impact on the public psyche,” spreading a belief that criminalizes people based on their gender identity. The Queer Liberation organization Southerners On New Ground (SONG) called it “a wedge issue to mobilize voters…and to paint LGBTQ people as sick, sinful, anti-family sexual perverts.” The fear-mongering around the bill included ridiculous ad campaigns imagining a forthcoming uptick in child molestation. According to a Texas Tribune poll, the bathroom bill is supported by 44 percent of Texas voters, and consistent scare tactics could boost that number.

The legacy of the bathroom bill could endanger LGBTQ rights in Texas more broadly moving forward – including critical fair housing rights. One of the biggest but most subtle obstacles facing transgender and gender non-conforming people is housing discrimination. A 2015 survey found that 23 percent of transgender people had faced housing discrimination, and a new study by researchers at Suffolk University Law School put that number much higher. Many who are discriminated against might not even realize it’s happening.

Suffolk’s testing program had trans people and non-trans people with similar personal characteristics respond to the same apartment ads. The numbers are absolutely staggering: Discrimination occurred in 61 percent of landlord interactions. Trans and gender non-conforming individuals were 12 percent more likely to hear negative comments about the property and 27 percent less likely to be shown extra facilities such as pools. Nine percent of the trans participants were told that the security deposit was higher than their survey peers. In one case, a trans individual was told that the deposit would cost four times more than it did for the corresponding test subject. The tests occurred in Massachusetts, one of 19 states to outlaw gender identity-based housing discrimination. If such discrimination happens in cities with these fair housing protections on the books, what do trans and gender non-conforming people face in Texas?

“We have seen cases where the landlord will rent to the transgender individual but once the person is in the housing then the landlord starts harassing them – not wanting them to have visitors, giving them lease violations for no good reason,” said Nekesha Phoenix, fair housing director for the Austin Tenants Council. “I think that a lot of the discrimination against transgender individuals goes unreported because they don’t want to deal with it. Finding housing..is so hard right now and they don’t realize that they have been discriminated against because it’s not blatant.”

Beyond the frightening numbers is the even crueler reality that many transgender individuals may never even have access to housing. Young LGBTQ people are often confronted with negative reactions to their identity at home, setting up a lifetime cycle of financial insecurity. “There are teens who are living with their families, maybe going to school, and either their parents kick them out of the house or the family conflict is so bad that they actually feel like they have to leave even if they haven’t explicitly been kicked out,” the Human Rights Campaign’s Gabe Murchison told Broadly in an interview last year. “Obviously, if you’re forced to leave home as a teenager your risk of becoming homeless is pretty high.”

Although precise statistics are difficult to produce, conservative estimates put the number of gay and transgender youth facing homelessness nationally between 320,000 and 400,000. An estimated 1 in 5 transgender persons have unstable housing or are in need of a shelter. Discrimination and assault are often reported by transgender people living in homeless shelters, a fact that corresponds with the rising overall level of violence against transgender people. Last year, a transgender man was beaten to death at a homeless encampment in Vermont.

Transgender individuals face these challenges and many more on a daily basis, as Texas lawmakers dehumanize them to serve a divisive political agenda. The politicians advocating for the bathroom bill are only making discrimination, harassment and violence worse.