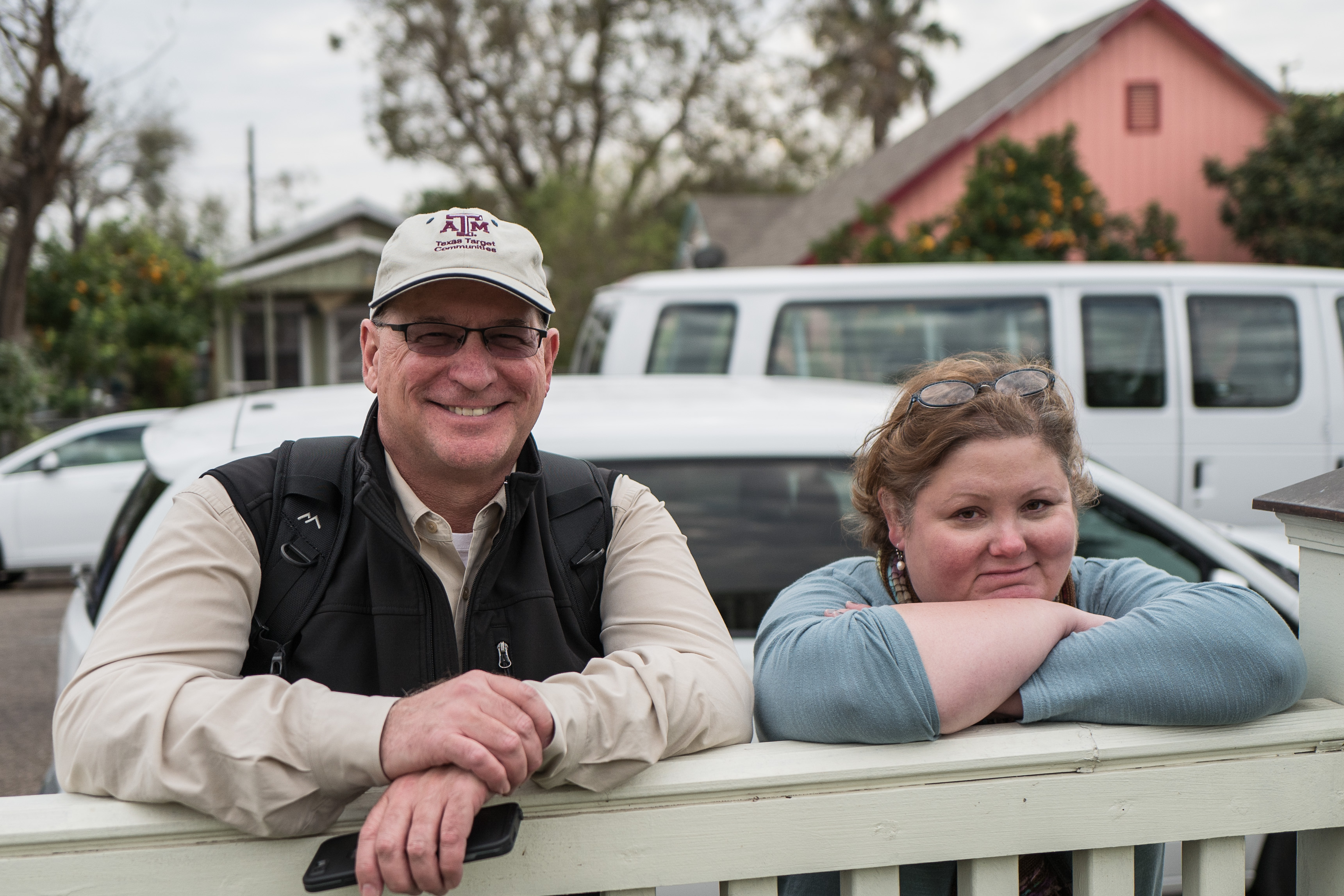 A version of this opinion column appears in the San Antonio Express-News on September 3, 2017. Professor Van Zandt is an expert on disaster recovery and urban planning. She is also a member of the board of directors of Texas Housers.

I woke up Saturday morning to a Tornado watch at my home in south College Station, where I live and work as a Professor of Landscape Architecture & Urban Planning and a faculty fellow in the Hazard Reduction & Recovery Center at Texas A&M University. As the watch expired and we began seeing video from Rockport, the video was eerily reminiscent of the devastation I observed in the fall of 2008, when my research team and I arrived on Galveston Island to begin documenting and analyzing that community’s recovery from Hurricane Ike.  One of the most enduring findings in over 50 years of disaster literature is that low-income households and households of color are at a clear disadvantage when it comes to the proportion of damage received and the time it takes to recover. My work with my colleagues has shown this to be very true of our Texas communities.

In 2014, I was asked to join a demonstration project in the Lower Rio Grande Valley on a new approach to housing recovery for low-income homeowners, who are often uninsured or underinsured. In the colonias of South Texas, many homeowners had still not recovered even six years after the storm, thanks in large part to failures on the part of the State of Texas to equitably distribute recovery funds flowing in from the federal government. The approach, called RAPIDO, rebuilt on the owner’s property in increments, allowing them to return to their property much more quickly than is typical, and to avoid temporary housing such as the much-maligned FEMA trailers.  Observing this demonstration program, and assessing nearly 50 post-disaster reports on every hurricane to hit the Gulf and Atlantic coasts since Katrina, I concluded that the most effective method of expediting recovery for the most vulnerable among us was through a program like RAPIDO was to engage with communities in a pre-recovery planning effort that identified a team of caseworkers, builders, engineers, architects, and other professionals who can take responsibility for initiating and executing a housing recovery program as soon as it is safe to be on the streets.

Pre-recovery planning enhances resilience by mitigating population displacement, maintaining social networks, speeding recovery and rebuilding, and providing cost-effective solutions. Importantly, it also engages community stakeholders in developing a vision for the future of their community. Consequently, when a disaster opens the window of opportunity and infuses the community with disaster recovery funds, such a plan will help the community to guide recovery in a way that is consistent with the vision laid out in the plan.  A strong plan will provide protection against the assertion of outside interests that often happens after a disaster.  For example, outside investors may take advantage of residents ambivalent about returning to their homes and quickly acquire large swaths of land that facilitate dramatic and rapid conversions of land use and residential patterns, destroying the community fabric. If community goals are clear in the plan, they provide guidance for decision making and allow the possibility of using the recovery and rebuilding period to increase resilience and overcome weaknesses.

In each of the past two legislative sessions (2015 and 2017), a bill to enable such pre-recovery planning has been proposed by Senator Eddie Lucio of the Lower Rio Grande Valley.  I testified at multiple hearings about the bill to urge the Intergovernmental Relations Committee to take the actions needed to allow communities to better prepare for future disasters. The bill garnered bi-partisan support, and in this most recent session was voted out of the Senate but failed to make it on to the House’s calendar, losing out to Governor Abbott’s and Lt. Governor Dan Patrick’s special interest agenda focused not on building the capacity of local governments to respond to the needs of their constituents, but rather on eviscerating it.

So, again, we find ourselves no better prepared to take on a natural disaster like Hurricane Harvey than we were nine years ago.  As a result, people are suffering, property is being damaged, local governments, local businesses, and the State of Texas are losing money, and will require outside help to recover.  Recovery will take years, and the most vulnerable among us will bear the burden of unnecessary delays that will keep them from their homes, jobs, and communities. What a lost opportunity.