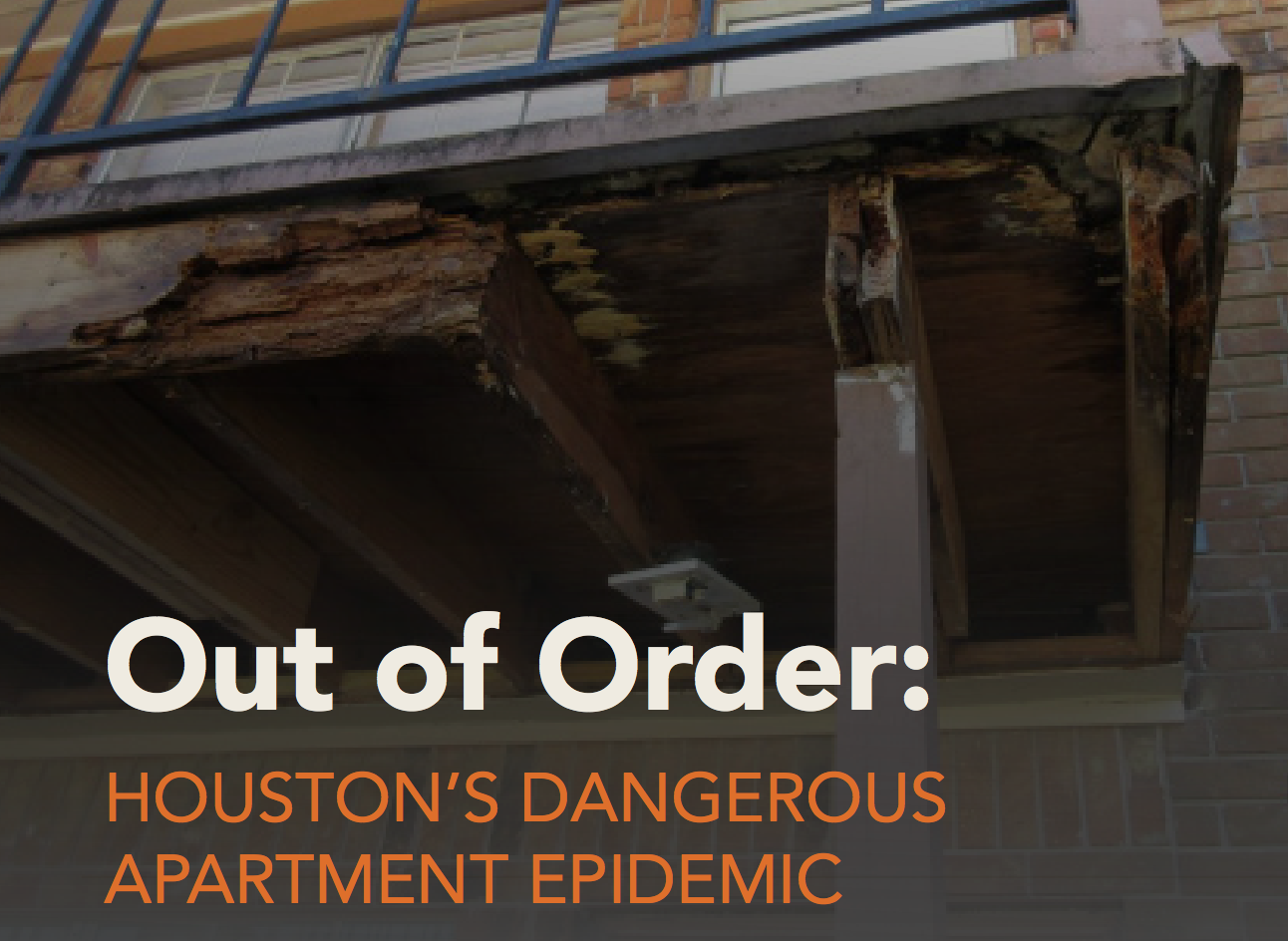 This week, community leaders of the Sunnyside neighborhood in Houston released a report that shines a light on some of the dangerous apartment conditions that too many renters in Sunnyside endure — conditions that are exacerbated after Hurricane Harvey.

The report was authored by Professor Heather K. Way and her team at the The University of Texas School of Law Entrepreneurship and Community Clinic. Professor Way worked with leaders of Sunnyside for more than a year to investigate why so many renters endured such dangerous conditions, including raw sewage seeping into apartments, pest infestations, mold, and collapsing roofs.

Professor Way and Sunnyside leaders learned that calls to the city for help were getting lost in a confusing and disjointed web of city departments that were supposed to address these problems. While the report focuses on 10 properties in the Sunnyside neighborhood, it is likely that many renters across the city face similar problems.

Watch the Sunnyside press conference where the report was released.

Researchers learned the following from their multi-month investigation:

Residents of Sunnyside described their experience in apartments with mold and leaking sewage. One woman, a mother of a toddler, related that there was so much mold in her apartment, it was making her son sick. When she told her landlord about it, a crew arrived only to paint over the mold.

The report offers solutions to these issues, one of which is a nonprofit advocacy group that can help tenants to understand their rights and provide a voice for tenants in local policy decisions. At the formal release of the report, Sunnyside leaders and organizers from FIEL called on the community to organize and demand that the city take action.

Here are additional recommendations discussed in the report.

Recommendation 3: Overhaul the City of Houston’s databases for health and safety violations at apartments.

Recommendation 7: Conduct an Audit of the Police Department’s Apartment Enforcement Unit and F.A.S.T. Programs to Determine Opportunities for Improvement.

You can access the report, fact sheets, and information about the UT Law Entrepreneurship and Community Development clinic here.

The full report is also available below.