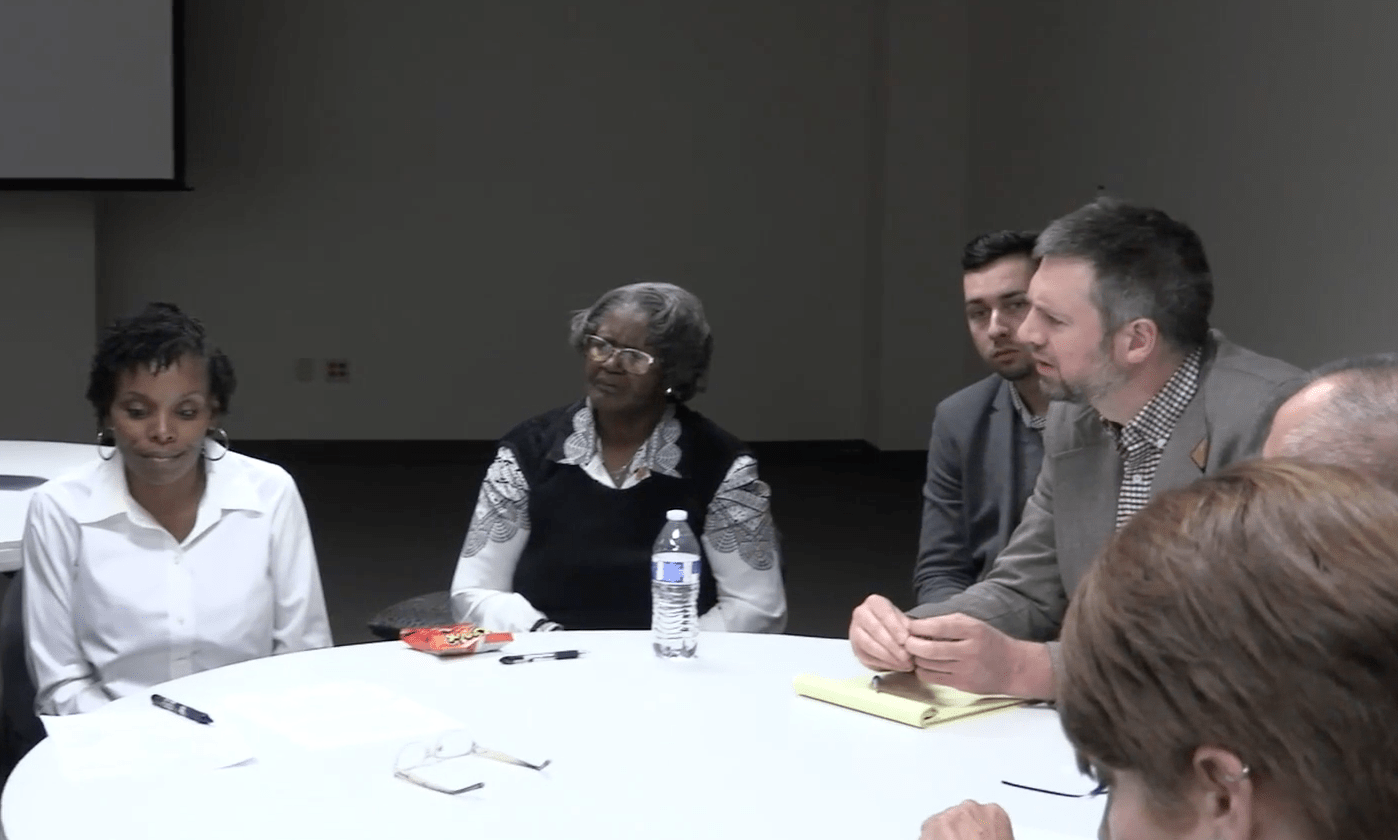 The consequences of Jim Crow segregation common across the South still linger in Lubbock, where neighborhoods remain segregated and face unequal access to opportunity, according to research presented by Texas Housers at a community forum this weekend.

The moderator for the event, George Love of Lubbock ISD, prefaced Pirtle’s presentation by asking the audience of about 60 people to reflect on four phrases: Unnecessary, avoidable, preventable, and not random or acts of nature.

“There are disparities, right here in Lubbock, Texas, USA,” Love said. “Disparities as we know are unnecessary, they are avoidable, they are preventable, and they are not random nor are they acts of nature.”

Pirtle framed his discussion of neighborhood inequality by discussing the growth in population and prosperity Lubbock has experienced in the last decade. Despite this, “prosperity has not been shared by all equally,” he said.

People with higher incomes are mostly concentrated in the southwest and northwest sides of town, where the vast majority of residents are white. Residents with lower incomes mostly live in neighborhoods where Latino and black households are concentrated. The unemployment rate is also highest on the east side of the city.

Also significant to the health and wellness of neighborhoods is the land use and zoning rules that govern what kind of environment residents will live in day in and day out. Lubbock last released a comprehensive zoning plan in 1986 and is currently drafting its next plan. For the last 30 years, industrial areas have bordered neighborhoods of color while white neighborhoods have not had the same exposure to hazardous plants and factories.

Pirtle also notes that the majority of environmental hazards are located in areas of the city that are home to Latinos and African Americans.

Lastly, another indicator of inequality is the differential quality of education. Most schools with a low score on the student achievement index are located in the eastern and northern sides of Lubbock, while higher performing schools are located in southwest side of Lubbock.

You can view more of Texas Housers’ research and analysis of Lubbock’s distribution of community assets and opportunity and patterns of segregation in Adam’s presentation below.

Pirtle also introduced a Facebook group for members of the Lubbock community to discuss and engage in community development and fair housing issues. If you want to learn more visit the Lubbock Housers Facebook page.