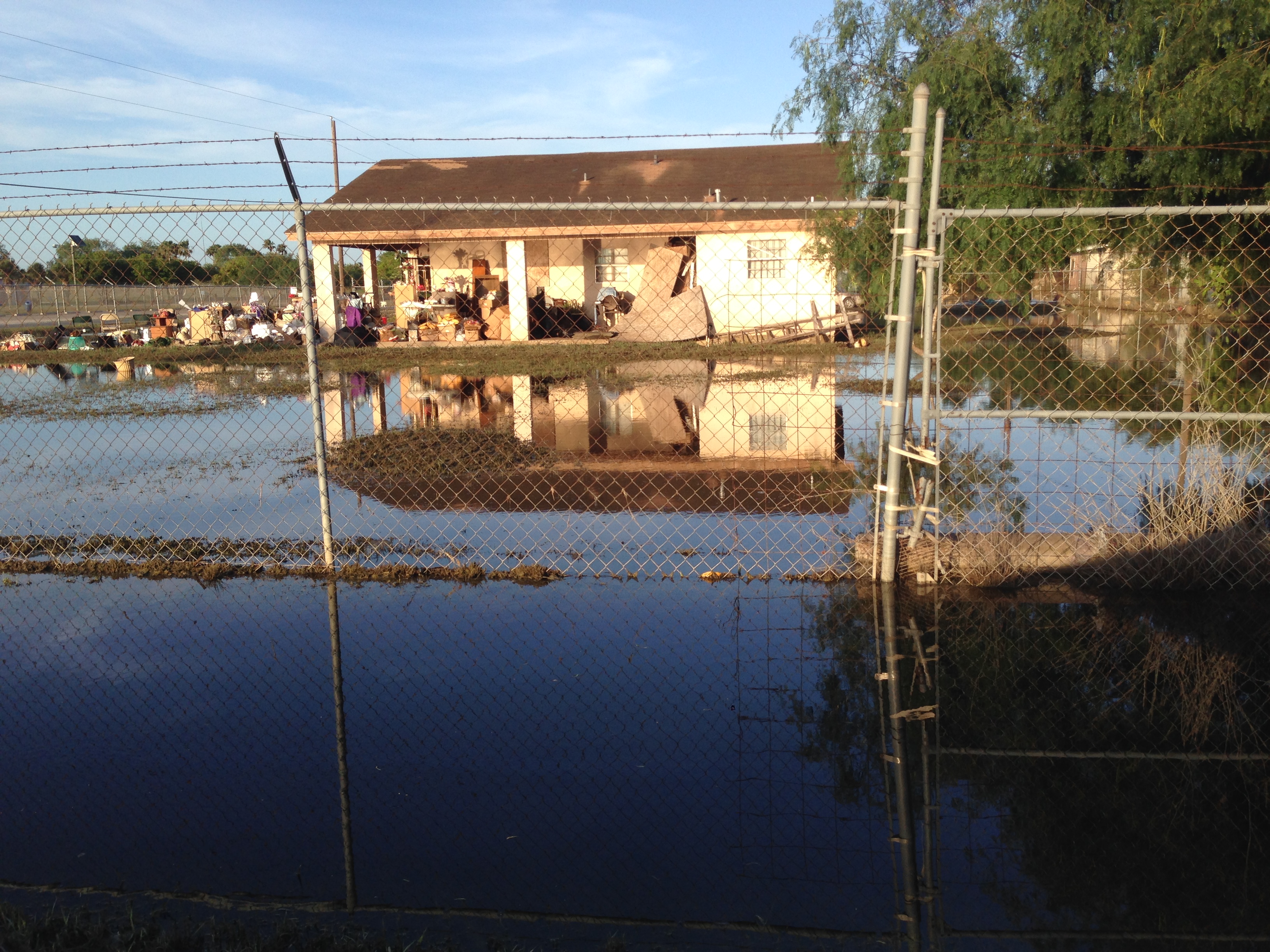 Many Rio Grande Valley residents woke up with floodwater filling their homes the morning of June 21st after storms poured through the night. The Mid-Valley cities of Harlingen, Mercedes, Donna, and Weslaco, as well as the colonias in unincorporated Hidalgo County were especially affected.

While this kind of flash flood is not typical, the RGV is prone to general flooding by heavy rain and other storm events, especially during hurricane season. For example, in October 2017, heavy rains paired with a cold front left some parts of northern Hidalgo with similar flooding problems. Last month, newer subdivisions and neighborhoods in the cities that usually don’t see flooding were also affected.

Over the past few weeks, county and municipal officials held town halls to provide emergency assistance information and update the public of the efforts taken during and after the event. Many angry and worried residents stacked the meeting rooms in McAllen and Weslaco to express their discontent for the capacity and management of the drainage systems that some say exacerbated the flooding.

These kinds of drainage problems, while new to some, have been some of the most pressing issues for residents of the colonias in unincorporated Hidalgo County for decades.

Four years ago the state of Texas funded a $4 million drainage assessment of colonias in which they identified the most affected areas. According to the Texas Water Development Board 38 colonias in Hidalgo County are affected by “regional flooding problems, meaning that water from a larger regional waterway (creek, river, or regional drainage way operated by a Drainage District) is causing flooding within the colonia.”

La Mesa Subdivision outside of Mercedes was one of the neighborhoods identified as having regional drainage problems by the state. Residents surveyed in 2014 mentioned that water gets a “foot deep and has gone inside the garage and close to getting into the house.” [1] This time around residents suffered a worse fate as the flood entered some of the neighborhood homes and left standing water for weeks. Other neighborhoods including Indian Hills West (Mercedes), Hidalgo Park (South Pharr), Las Brisas Subdivision and Tijerina Estates (South Donna) also experienced similar problems with the overflow of larger canals or drainage systems into residential areas. Yet the drainage district stated the system worked as designed.

If the regional drainage system worked as it was meant to, then there is obviously something wrong. It should not be normal for entire neighborhoods to be two feet underwater because the drainage system overflowed. It is especially troublesome that most of the neighborhoods with repeated flooding are low-income areas of the region. A drainage system that repeatedly floods the most vulnerable and those with modest means is another example of how inequality is so entrenched in our community. That should be unacceptable to us.

At a public meeting in Weslaco last week Commissioner David Fuentes mentioned that a post-storm assessment of Precinct 1 would be completed. The engineering firm Halff Associates, which helped with the TWDB Colonias Drainage Study will conduct the assessment.

We do believe that understanding what happened during the downpour is critical. The County should study how regional systems, including canals and levees failed during last month’s storm. However, the last comprehensive TWDB study sparked little systemic change. Officials have understood so many of colonias’ drainage problems for so long and have done so little to ameliorate them. Advocates are calling on officials to commit resources and expertise to address the hazards our communities have been subjected to. It’s only a matter of time before another relentless storm, or worse, a hurricane strikes our community. We have had access to knowledge and resources to prevent the flooding we saw last month. It’s time we put that knowledge and those resources to work.