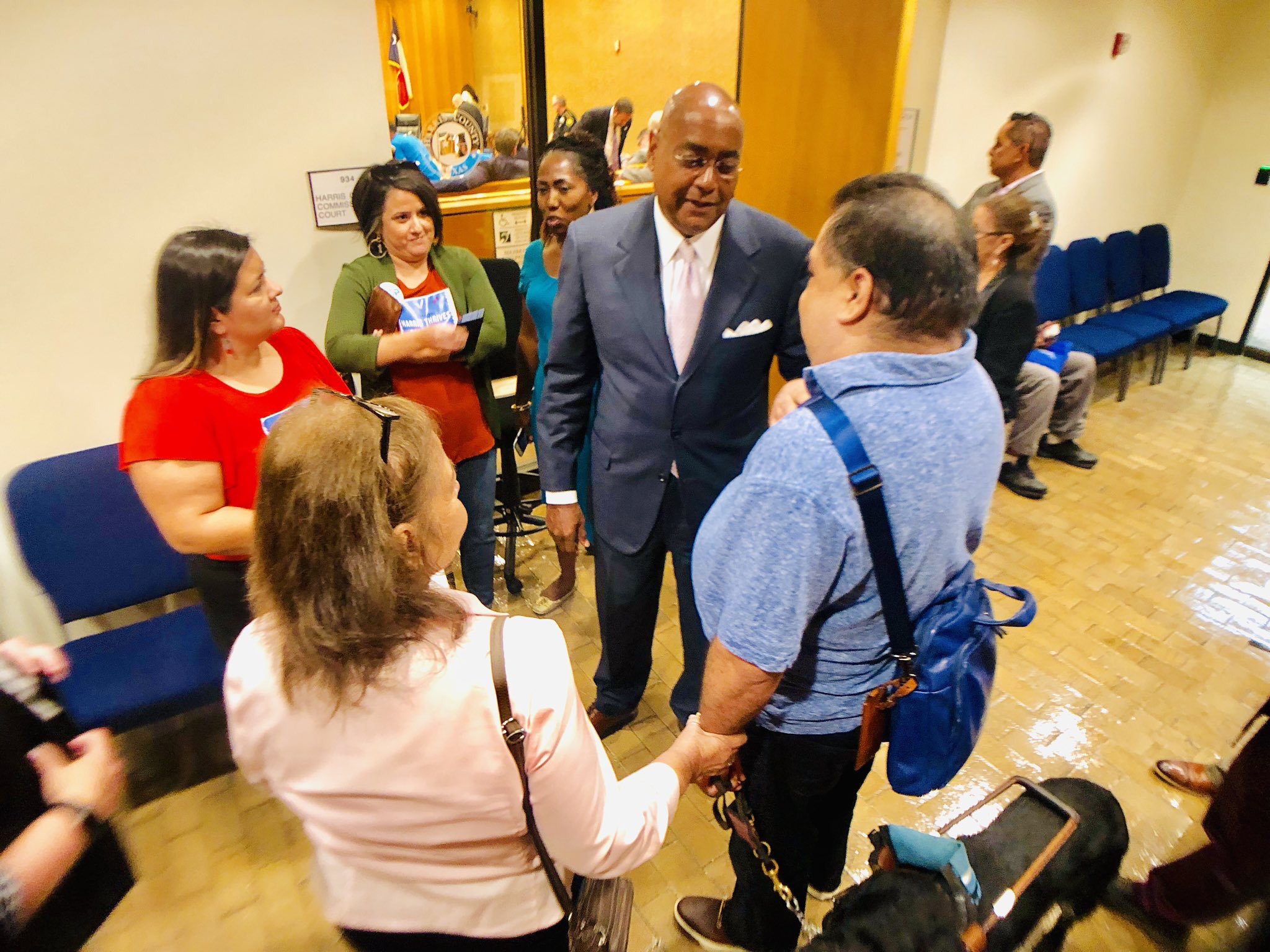 Two years ago this week, Hurricane Harvey made landfall over Southeast Texas. The storm’s strength didn’t just punish with its heavy rains and piercing winds, it also unmasked long-standing weaknesses and disparities in regional public infrastructure. On the storm’s first anniversary, a special bond election was held in Harris County, and the measure’s eventual passage allotted $2.5 billion in infrastructure spending and mentioned equity as a project determinant.

In the 12 months since, advocates have been working to guarantee that the equity provisions hinted at in the original bond language allowed for meaningful flood-protection projects to move forward in all parts of the county. Over the past several months, Texas Housers has worked alongside residents, advocates, and like-minded organizations to promote the equitable spending of the flood bond dollars and the Commissioners Court’s duty to protect everyone from flooding equally.

That lead to a vote this week regarding an explicitly equity-focused resolution with an emphasis placed on science and protecting people rather than solely protecting property. The framework used the Center for Disease Control’s Social Vulnerability Index as a project prioritization criteria to ensure that spending is conducted in an equitable manner.

For more than a century, white officials and communities socially engineered cities to exclude black and brown people from access to resources and infrastructure investments for their own neighborhoods. Prioritizing communities intentionally left behind is a step toward undoing this “social engineering” that created the inequitable system Harris County and so many other communities live with today.

Despite some opposition to these reforms intending to rectify our past and build a stronger, united future, the measure was a success and passed in Commissioners Court by a vote of 3-2.

This is a huge step forward in ensuring protection for all residents of the nation’s flood-prone third-largest county, and we applaud the Harris County Commissioners Court for this encouraging step toward a more just, united county. Many Harris County residents have been underprotected by flood infrastructure since Hurricane Allison, as the county has over-relied on federal matching dollars for projects which use a discriminatory cost-benefit.

One of the many residents who attended the vote was Billy Guevara. A resident of the Lakewood neighborhood, Guevara lost six family members who died trying to evacuate as the under-serviced Halls Bayou flooded. He expressed his dismay that projects in his area had been consistently delayed due to cost constraints and cost-benefit analysis despite obvious need. “This could have been prevented if priority was given to those who need it most,” he said.

This week’s vote means that equity will be a determining factor in the prioritization of projects funded through the $2.5 billion bond. It continues the trend in science-led and equity-minded decision-making by the Harris County Commissioners Court under Judge Lina Hidalgo. So far this year, the court has approved bail reforms, an updated rainfall study (the current such study in use was conducted in 1971), and pro-worker measures.

There is hope among residents of under-invested communities and advocates that the Social Vulnerability Index will become a prioritization criteria for other public spending, and perhaps the HarrisThrives Resolution will become a model for other cities across our nation.