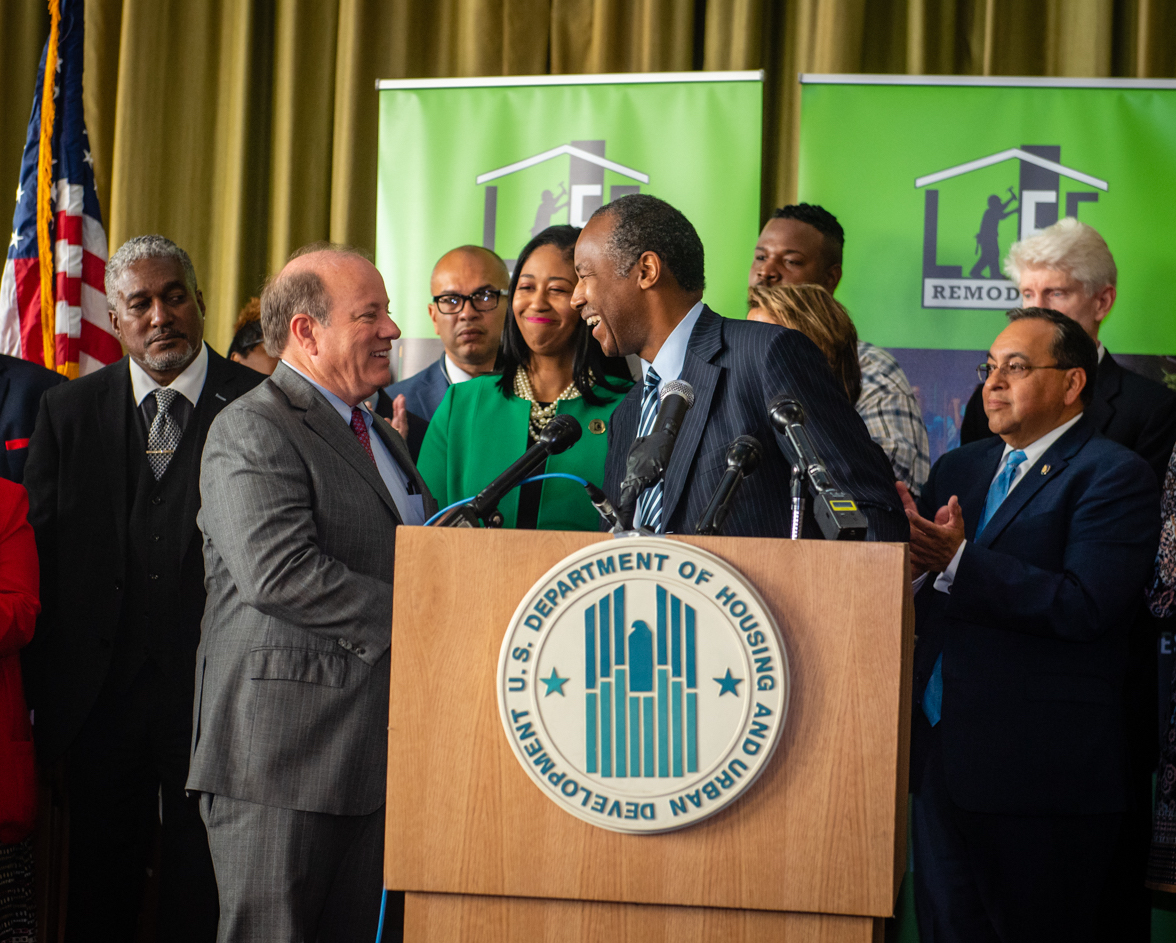 “Housing assistance should be more than just putting a roof over someone’s head,” HUD Secretary Ben Carson told a Fort Worth crowd at the MLK Center in July 2018. It was there that he unveiled his plan to bring a resource known as an Envision Center to promote self-sufficiency among HUD assisted families. But labeling that as the purpose of such a center overlooks the tremendous resources that the federal government possesses versus the obstacles that HUD-assisted families face.

Under the Trump Administration, the Department of Housing and Urban Development has created policies that give the allure of progress, but result in actions that don’t necessarily uplift the residents they are supposed to serve. Envision Centers are the embodiment of HUD actions that seem positive for the community, but the devil is in the details.

Fort Worth is home to one of 17 Envision Centers nationwide, and this center in particular has been erected in the shadow of negative national attention that the city received in an Urban Institute Report. Unfortunately, the center serves as merely a bandage fix for the severe fair housing concerns raised in the report.

The Urban Institute claims 78% of landlords in the Fort Worth area do not accept Housing Choice Vouchers. These vouchers allow for HUD-assisted residents to receive a rent subsidy for any landlord that will accept it, but Fort Worth does not fare well with this program. In fact, according to the report, Fort Worth is the worst city in the entire study to bring landlords into the program.

With the Trump Administration’s push to convert the majority of public housing to a voucher-based system, the optics of this issue do not look positive for Fort Worth Housing Solutions, Fort Worth’s Housing Authority, and the city of Fort Worth. The Envision Center was promoted as being a solution to this problem and was placed in the Stop Six Neighborhood of Fort Worth to combat barriers HUD believes go beyond housing.

Fort Worth’s Stop Six Neighborhood is a prime example of a historically Black neighborhood in need of resources from the government and a perfect candidate for an Envision Center. According to Stop Six’s Neighborhood Improvement Strategy, the neighborhood’s statistics show a major need for attention and investment: 95.6% of children in the area receive subsidized meals at school, it hosts a 40.4% poverty rate, a 21.6% unemployment rate, and a high school graduation rate of 51.5%.

Cavile Place residents are the major focus of the Envision Center in Stop Six, with the intent of targeting the most at-risk residents for support, according to the Fort Worth Star-Telegram. The center also comes with the addition of a $2.5 million infrastructure plan that is set to fix sidewalks, demolish condemned housing, and support crime reduction via Stop Six’s Neighborhood Improvement Strategy. Seemingly, the city of Fort Worth and HUD have jointly put together an initiative that will truly revitalize the Stop Six neighborhood, but a closer look shows who benefits from the center may not be so clear.

Demolition of Cavile Place has been confirmed by Fort Worth Housing Solutions, though a date has not yet been set. But the relocation out of Cavile Place for more than 250 families who reside there has already begun, and is estimated to be complete by next spring. Compare that to the Envision Center and its resources being made available in September, it is likely that many residents of Cavile will not see any benefit from this institution after moving out of the community. The question becomes why is Cavile Place held at the center of the discussion for the Envision Center when many of its residents will not have access to it on their way out?

HUD is in charge of both the Envision Center in Stop Six and relocation process for Cavile Place, and it missed a golden opportunity to direct resources to the most at-risk group of residents prior to the relocation. The question then becomes if Cavile residents will not ultimately be the target of resources in Stop Six, then who will be?

Stop Six is home to more families in need in addition to those who live in Cavile Place, but this issue is about the intentionality of the government in helping those in need. Based on the statement from HUD about Envision Centers putting resources directly in front of HUD-assisted families, what better statement to make than ensuring that public housing residents relocating into a volatile housing voucher market in Fort Worth receive the full support of a federally-backed institution like an Envision Center?

With more than 250 families who are the most at-risk, that is an opportunity that any governmental body operating in good faith cannot afford to overlook. According to NBC News, many housing authorities and non-profits have denied brining Envision Centers into their communities because of the unclear resources and guidelines. They suggest that the centers are more of an image boost than a resource for HUD-assisted families.

Stop Six residents and Cavile Place residents deserve programs that are intentionally aiming to give them assistance. Envision Centers seem like a great idea on paper, but when an opportunity to be impactful is glossed over by poor planning and execution, it seems like another policy without a heartbeat. In the precious few months the Envision Center in Fort Worth will have to connect with Cavile Place residents, they may be able to build some lasting relationships and disburse resources, but it will be a far cry from its potential. Disadvantaged communities need thoughtful policies that are geared for their success and any other approach will be to their detriment.