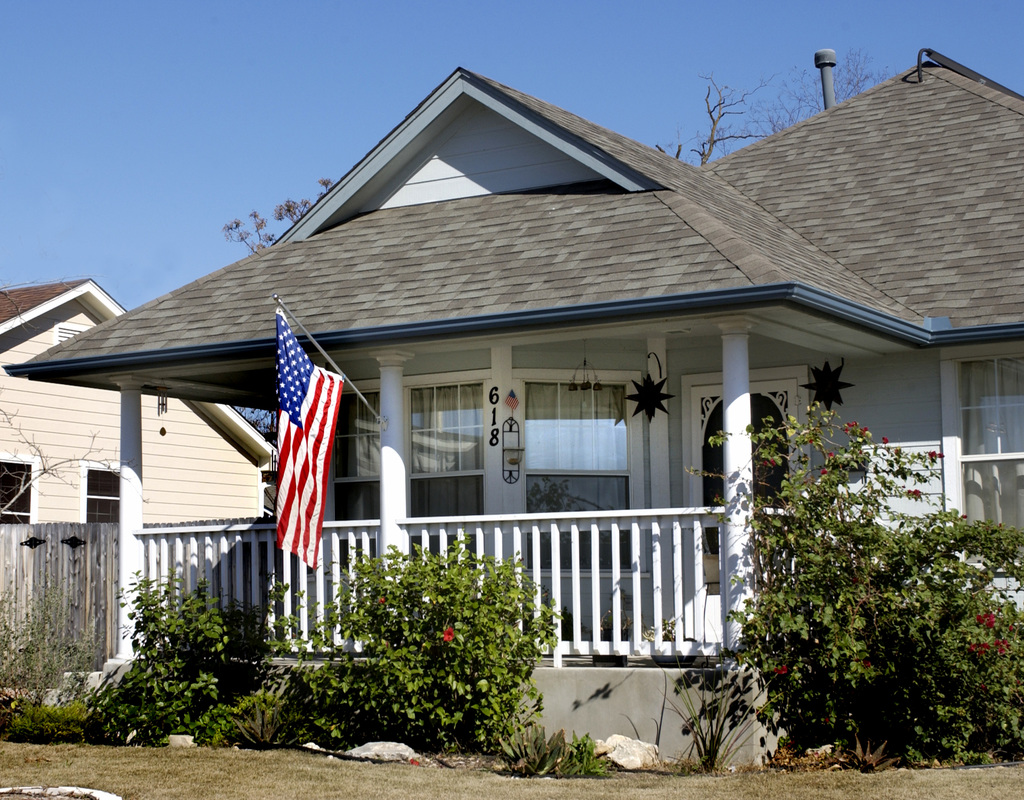 Texas Housers is pleased to announce the publication of “Ousted: The City of San Antonio’s Displacement of Residents through Code Enforcement Actions,” a report from researchers with the UT Entrepreneurship and Community Development Clinic out of the UT School of Law.

The report explores the hundreds of “orders to vacate” and “orders to demolish” that the City of San Antonio has issued between 2015 – 2020, far higher than other metropolitan areas in the state like Houston, Austin, and Dallas . The City’s uniquely aggressive approach to code enforcement, concentrated in San Antonio’s low-income communities of color – namely the historically Latino near Westside and the historically Black near Eastside – has led to the displacement of the city’s most vulnerable residents and a decrease in available, deeply affordable housing stock.

This report has been a collaborative effort between the University of Texas Entrepreneurship and Community Development Clinic, Texas Housers among many others. These findings around demolitions and aggressive code enforcement relate closely to long-existing community meeting conversations among concerned neighbors, specifically the Westside Preservation Alliance, Historic Westside Neighborhood Association, Esperanza Peace and Justice Center, and other activists on the Westside of San Antonio.

These groups have been sounding the alarm on the unusually high amount of demolitions that their neighborhood have experienced, yet thus far their objections have been ignored. “It was crucial that we map these code enforcement actions and demolitions to reinforce with numbers and maps what we had been hearing about from community leaders for months. The extreme number of demolitions in this city is appalling, and once we broke it down visually, we unearthed an even more concerning picture – one that shows the City of San Antonio deliberately targeting areas where the city’s most vulnerable residents reside.” said Mia Loseff, Texas Housers South Texas Regional Director.

While the hundreds who have already lost their homes to the city’s demolition process deserve their own path to restitution, here is what can be done right now to prevent any further homes being taken away. 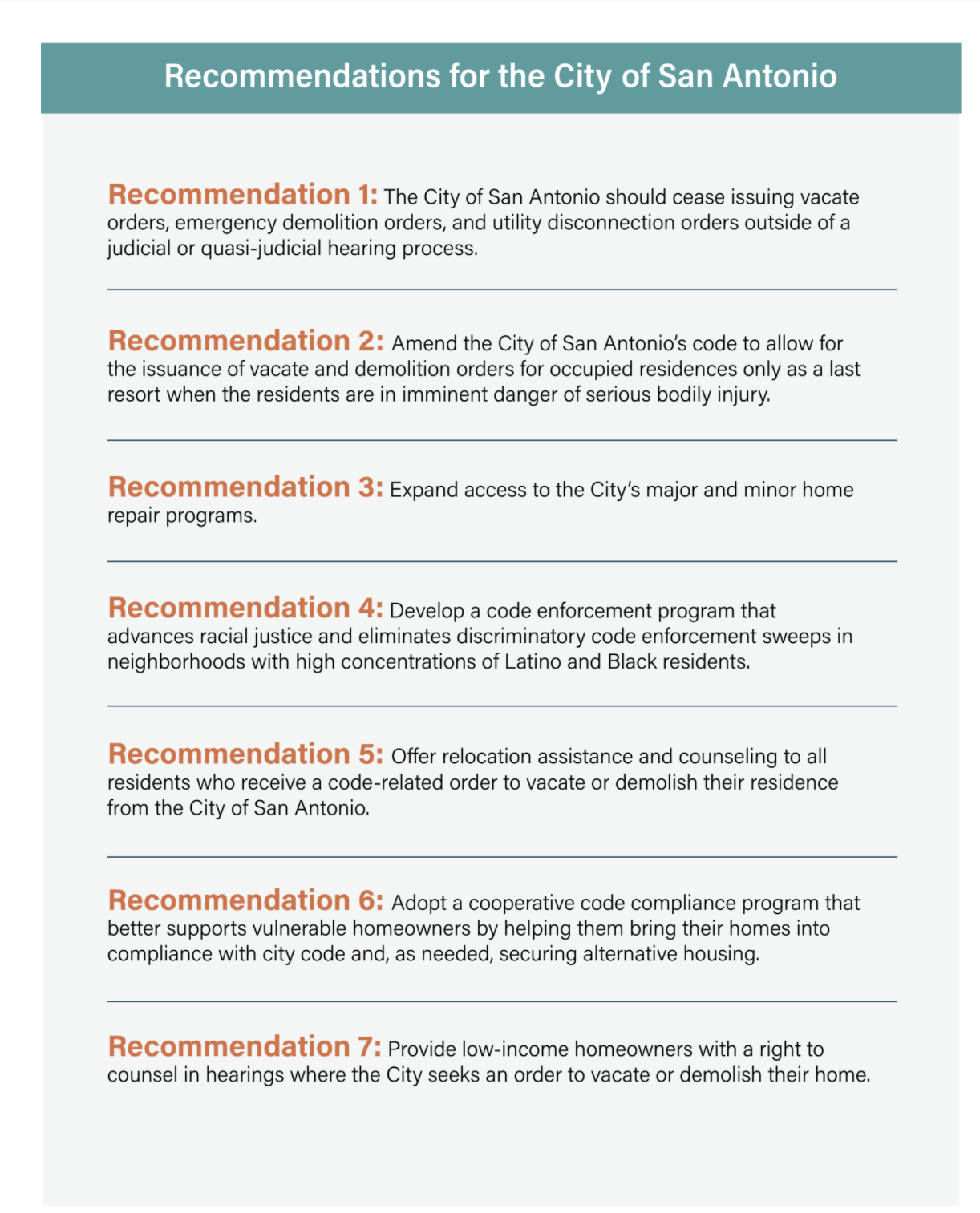 You can read the full report, “Ousted: The City of San Antonio’s Displacement of Residents through Code Enforcement Actions,” today.