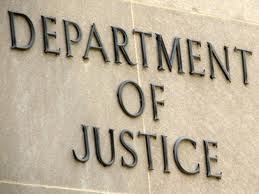 Its been a busy week at the Justice Department on the fair housing front.  After yesterday’s legal action petitioning to join Disability Rights Texas’s lawsuit against the state for segregating developmentally disabled Texans in nursing homes, the today the DOJ filed suit against a Wisconsin town for opposing a Low Income Housing Tax Credit (LIHTC) development in their town.

The complaint, filed today in the U.S. District Court for the Eastern District of Wisconsin, alleges that the city of New Berlin violated the Fair Housing Act when it took actions to block a proposal by MSP, first submitted in March 2010, to construct 180 units of affordable housing in the City Center area of New Berlin.    All 180 units were to be reserved for persons earning 60 percent of the area median income or less, with some units set aside for persons earning less than 50 percent of the area median income.   MSP’s project was to be financed using state-allocated tax credits under the federal Low Income Housing Tax Credit program, which provides federal tax credits to private developers as an incentive to create affordable housing.   The planning commission initially approved the project on May 3, 2010.    Later that month, however, the mayor and other city officials received numerous emails, calls and other communications from residents opposing the project.    Some of the opponents expressed concern that the prospective tenants would be African-Americans or other minorities and used racially derogatory terms to refer to the prospective residents, or implied racial bias as the reason for objecting to the development.   In response to the opposition, the planning commission reversed itself and denied MSP’s proposal on July 12, 2010.   The common council of New Berlin denied a revised proposal submitted by MSP on Jan. 25, 2011.

“At a time when so many families are in need of decent and affordable housing, it is imperative that unlawful discrimination not be a barrier to the construction of housing that is affordable for seniors and working families with modest incomes,” said Thomas E. Perez, Assistant Attorney General for Civil Rights.   “This case demonstrates our resolve to contest discriminatory actions by municipalities that unlawfully block the development of affordable housing wherever they occur.”

“This filing shows a history of discriminatory conduct and the department not only seeks a reversal of the discriminatory denial of permission to build that housing but other forms of remedial relief under the Fair Housing Act—including the municipality’s commitment to prevent a recurrence of this behavior.  Today’s action highlights our strong, focused, tireless work to ensure that the civil rights of all Americans are observed and enforced in all communities—in the housing area and all others guaranteed by our Constitution and laws,” said U.S. Attorney for the Eastern District of Wisconsin James A. Santelle.

The lawsuit seeks a court order that would, among other things, require the city to approve MSP’s proposal to construct affordable housing in the City Center and require it to take steps to prevent the recurrence of any similar discriminatory conduct.   The lawsuit also seeks monetary damages for persons harmed by the city’s actions and a civil penalty.    The complaint is an allegation of unlawful conduct.    The allegations in the complaint must still be proven in federal court.