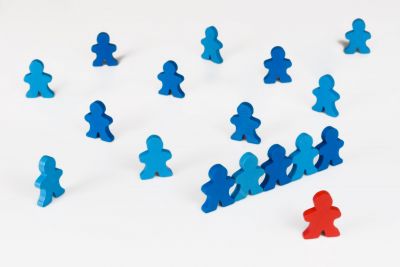 I just read the Justice Department’s compliant in the case. The same conditions are widespread in Texas.

The facts in the New Berlin case read like a minor variant of a story many of us have watched unfold in Texas. It goes like this: developer applies for minor waivers and permits, city initially grants permission to proceed, newspaper reports low-income housing is proposed to be built, angry citizens organize, threats and intimidation ensue against elected officials, elected officials get scared and backtrack, permits withdrawn.

What’s different in the New Berlin case is the US Department of Justice has stepped in to force the community officials there to abide by the Fair Housing Act and allow the LIHTC development to proceed.

The federal government acted because local elected leaders could not, or would not, stand up to local citizens behaving like an irrational, hate-filled mob. That mob forced their elected leaders to violate the Civil Rights of African-Americans.

The facts in the New Berlin case made this a no brainer for the Justice Department. There was plenty of evidence that the local officials reacted because of the racial prejudices of their citizens, organized in opposition to the project. The mayor wrote to a friend in an email cited in the complaint…

But even without these admissions, the statements of the citizens opposed to the housing are sufficiently damning to convince any fair-minded person that this case is about white people fighting a housing development that will bring African-American families into their community.

A citizens group launched a recall effort against the mayor who had voted for the project. In the face of this, the mayor and city council caved in to racism and bigotry and voted to resend permission for the project.

Outrageous? Of course it is.

But before becoming self-righteous in our indignation we need to acknowledge that this same thing is happening today right here in Texas. And no one in Texas is pushing back on our home-grown bigotry.

A group of people in Galveston are engaged in a campaign to block the rebuilding of homes of public housing residents destroyed by Hurricane Ike. While this group of white Galveston residents demands government funds for the rebuilding of “their ” community, they are organizing to make sure that lower-income and especially, lower-income African-Americans cannot move back home to Galveston.

This is ethnic cleansing pure and simple.

Repeated public expressions of racism, paranoia and hatred are vented daily on the internet, in the Galveston newspaper and at Galveston City Council meetings. Now a recall effort of the mayor of Galveston has begun. The mayor supports the rebuilding of the housing.

That’s what happened in New Berlin, Wisconsin. That’s what could happen in Galveston, Texas.