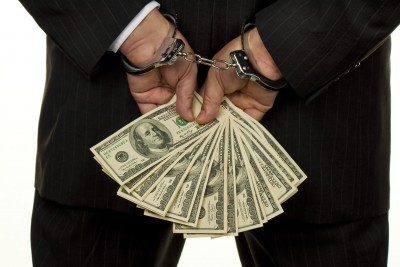 When Texas Governor Rick Perry vetoed the TDHCA Sunset Bill a week or so ago one thing that was lost was two years of work by the Texas Sunset Commission to reform a system of allocating Low Income Housing Tax Credits (LIHTC) that has sent a dozen or so Texans to the federal penitentiary.

It began with the conviction of Governor George W. Bush’s appointed TDHCA board member Florita Bell Griffin along with a handful of private developers back in 2000. They were convicted of bribery in conjunction with the award of Low Income Housing Tax Credits. That scandal and Griffin’s bizarre behavior as she continued to serve as a TDHCA board member is the stuff of legend in Texas affordable housing circles.

Then came the conviction of Dallas Mayor Pro Tem Don Hill, a Dallas city planning commissioner, and a number of others after a high profile public corruption case triggered when one of the largest Texas housing developers turning snitch and wearing a FBI wire. In the wake of that, Dallas state Representative Terry Hodge was convicted and sent to federal prison for taking kickbacks from Low Income Housing Tax Credit developers in the form of free rent and carpet. Two of the highest profile affordable housing developers also went to prison in conjunction with that sorry affair.

The basis for this corruption is found in a Texas law governing a competitive process for awarding housing tax credits.

In rode the good guys in the white hats in the form of the bi-partisan Texas Sunset Advisory Commission which studied this corruption and recommended ways to stop it. The reforms were included in the TDHCA Sunset bill filed this session, passed overwhelmingly by the Texas House and Senate and sent to the Governor — who vetoed the bill.

Since 2001 Texas law gives individual public officials enormous power over funding applications in the highly competitive and highly financially rewarding LIHTC program. Homeowners associations too (as I blogged yesterday) are given the power to kill an application for affordable housing developments with a letter of opposition or just through withholding their support.

Our research has shown that in most cases it does not get to the point of a letter actually being written by a public official. The fate of an application for funds to build affordable apartments is usually decided by a private expression of support or nonsupport by the public official. LIHTC developers don’t get rich by being stupid. If they can’t get the explicit support of the public official in whose district an apartment development is to be built, the developer usually looks elsewhere for a place to build apartments.

This might appear to be representative democracy at work. But the process has produced some of the most serious public corruption in recent state history.

As some members of the Texas Legislature have repeatedly expressed in arguing for reform, a single State Senator or House member or a single city council member has enormous power over the competitive application process for a program annually worth hundreds of millions of dollars. That single elected official usually cannot exercise informed judgement over competing LIHTC applications. The applications are many hundreds of pages long and is a highly complex proposal. The underlying plans and financials must be poured over by underwriters and market analysts to decide which project merits selection through a highly competitive process.

The local official, asked to support or oppose projects in their district confronts four choices:

All of these choices at best add no value to the LIHTC allocation process or, as is shown in the federal court docket and the prison rolls, leads to something far worse.

The Texas Senate readily endorsed the Texas Sunset Advisory Commission’s plan, but some members of the Texas House balked, so the compromise was for House members to be allowed to individually weigh in on deciding which applications got funded in their districts while Senators would not. Some of the most vocal opposition came from House members who routinely oppose all applications for affordable housing in their districts.

The proposed reforms allowed local elected bodies to make a decision on the interests of the whole community. This is a proper role local government. It is more responsible that giving that power to a self selected neighborhood association or a single politician.

These reforms were not perfect but they were practical and the targeted the parts of the system where corruption recurs.

These reforms could have been retained in the legislation that passed in the aftermath of the Governor’s veto of the TDHCA Sunset Bill. The Governor directed, or at least permitted, the conferees on SB 1 to increase the amount of money a low-income housing tax credit developer could receive from TDHCA in a single year from $2 million to $3 million.

But for some reason never publicly disclosed, the Governor would not allow the Texas Legislature to enact the well-considered reforms of the Texas Sunset Advisory Commission aimed at eliminating the pattern of corruption in the State housing tax credit program.

Only the Governor and his staff know why.