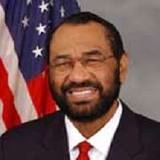 Every now and then it is worth listening in on Congressional debate on housing legislation. Not that it is usually profound or a good way to understand the details of what the legislation would actually do, but it is a way to see how members of Congress frame their arguments to appeal to their constituents.

With this in mind I spent a couple of hours on July 12 listening the Capital Markets and Government Sponsored Enterprises subcommittee of the House Finance Committee hearing and vote on H.R. 2441, the Housing Trust Fund Elimination Act. In the process I recorded the hearing, edited out the hour-long asides about GSE reform, and now offer the resulting 70 minute audio for readers to listen to.

Texas Congressional members Al Green (Houston) and Ruben Hinojosa (Edinburg) spoke against the bill. Representative Green assumed the lead role defending the National Housing Trust Fund, a role he increasingly plays on affordable housing legislation. In the end, the bill for repeal was approved by the committee on a party line vote of 18-14.

The arguments of those for the bill to do away with the National Housing Trust Fund were primarily: 1) ACORN and groups related to ACORN were for the National Housing Trust Fund and if it ever was funded it might be used by ACORN-like groups to funds illegal activities; and 2) there are already a lot of housing programs(89 by their count) and the nation does not need another one.

ACORN has gone out of business in the wake of controversy over secretly recorded “pimp” videos in ACORN offices and false voter registration forms. But it obviously remains a potent political issue in some circles. Democrats cited federal laws prohibiting use of the housing funds for illegal and political activities.

“This is a tired argument with no basis in reality,” said Sheila Crowley, President & CEO of the National Low Income Housing Coalition and a spokesperson for the National Housing Trust Fund Campaign. “The National Housing Trust Fund is, in fact, the only federal program that will exclusively serve the housing needs of the lowest income people in the United States. There is great need for the program, and regulations have been put in place to ensure efficiency and accountability.”

Several sources of funding were sought to endow the Trust Fund with the most recent being a contribution from the profits of Fannie Mae and Freddie Mac. But the GSEs collapsed in the housing melt-down before any funds were transferred, leaving it a program with no money.

Supporters are seeking to keep the program in place so that it could receive funding in the future from other sources.

The housing trust fund, when capitalized, would provide communities with funds to build, preserve, and rehabilitate rental homes that are affordable for extremely low and very low-income households. The Housing Trust Fund’s most important features are:

If you have some time, listen to the audio of the debate. Keep in mind that this is one of the largest blocks of time the committee has spent debating affordable housing issues.