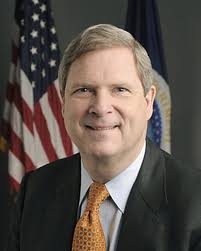 The recognition offered yesterday to leaders of the farmworker movement by US Agriculture Secretary Tom Vilsack was welcome. The event was marred however by the audacity of the Secretary to stand in front of the leaders of the struggle of the farmworkers and proclaim “Si, se puede!” after he approved a proposal to largely end the long-standing USDA programs that provide most of the housing for farmworkers.

The Secretary’s breathtaking exercise of political hubris escaped the attention of the news media. Here is how the Washington Post reported the story…

Acknowledging, somewhat redundantly, that he was “a white male Caucasian” before a roomful of Latinos, and asking, as a joke, “Is there a way I can relate to folks here?” Agriculture Secretary Tom Vilsack quickly got around to the go-to phrase for people in his predicament.

Then Cecilia Munoz, director of the White House Domestic Policy Council, took her turn at the microphone.

“How wonderful is it that the guy who got the ‘Si, se puede!’ going was Secretary Vilsack?” she cracked.

There would be many, many more chants of la madre of all political rally cries — some two dozen, all told — but at least for once in official Washington, the overuse of the overused phrase was earned. The purpose of the two-hour ceremony Monday morning in the Labor Department was to induct “Pioneers of the Farm Worker Movement” into the department’s Labor Hall of Honor and to name the department’s auditorium the Cesar E. Chavez Memorial Auditorium.

USDA’s recognition of farmworker leaders is appropriate and long overdue. The heroic struggle of farmworkers to bring decent living conditions and wages to the people who work to produce the food Americans eat should be honored at USDA headquarters where the farmworker movement was long resisited.

Yet the Post story did not mention that Vilsack’s Administration approved 2012 budget proposes elimination of the Section 523 Mutual Self-Help program, $37 million that funds local initiatives that help farmworkers in Texas and other states build their own homes. The self-help method involves families working together to build their homes and earning “sweat equity” under the supervision of experienced construction managers. Vilsack also disastrously proposes to cut by 80 percent the mortgage funds relied on by many farmworkers to finance the materials to build their homes under the self-help program.  This Section 502 Direct Loan program has helped over two million families.

Secretary Vilsack deserves to get called out on this.  In designing the huge federal agriculture subsidy budget the Secretary has prioritized billions in corporate agriculture subsidizes over a few million to fulfill the essential human need of farmworkers for shelter.

Si, se puede!” shouted by Secretary Vilsack in front of leaders of the farmworker’s struggle is not the empowering cry of the struggling poor organizing to overcome injustice.  Coming from Vilsack these words are perverse and sad.  The Secretary should have been honest and proclaimed, “Si, yo puedo! Yes, I can!  As Secretary of Agriculture I can end our nation’s commitment to provide housing for impoverished agricultural workers.”

via Labor department recognizes Cesar Chavez and other giants of the Farm Worker movement – The Washington Post.