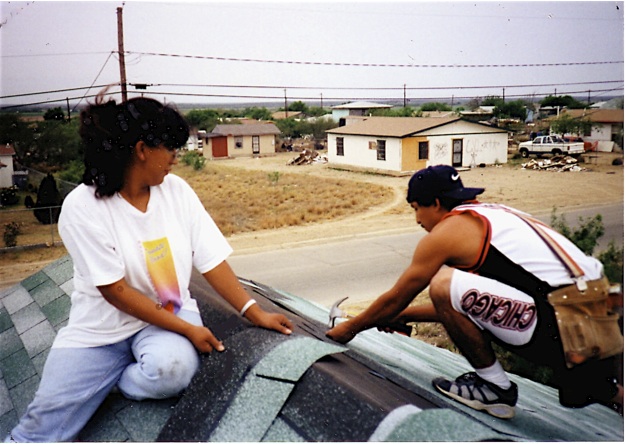 US Department of Agriculture Secretary Tom Vilsack either is poorly informed or being disingenuous about cuts the Obama Administration has proposed for rural housing. People living in rural areas are going to suffer big time.

I sat down and wrote Secretary Vilsack a letter the other week telling him that his proposed budget cutting the USDA Section 502 Direct loan program and eliminating funding for self-help housing operations through the USDA Section 523 program was going to hurt rural Texans by doing away with the best, and only homeownership program available to rural residents.

Secretary Vilsack wrote me back, not explaining his proposed elimination of funding for self-help housing but telling me that his department could meet its homeownership goals with its Section 502 guarantee program, This is at best a sign he is ill-informed about the programs he is responsible for or at worst, and this is what I suspect — the Secretary is being disingenuous.

Not having an opportunity to follow-up in person with the Secretary, I confronted USDA Rural Business Administrator Judy Canalas publicly at a National Association of Latino Community Asset Builders conference in McAllen earlier this week. I asked her flat out if these cuts go through, what does USDA expect the self-help housing organizations that provide most of the decent housing for the poor along the Texas side of the Texas-Mexico border to do?

It was an uncomfortable moment for Administrator Canalas and the members of the audience, but the question needed to be asked and answered. A long-time south Texan who has worked hard to improve conditions there, Canalas appeared exacerbated, but did not defend the elimination of these programs other than to say these are difficult times.

The Section 502 Direct Loan program provides financing with built-in subsidies to make the loans affordable, while the Section 523 Mutual Self-Help Housing program funds non-profits to coordinate families in building their own homes. Working in groups of six to 12 families, families provide 65 percent of the construction labor on their own homes.

To qualify for the self-help program, applicants must make less than 80 percent of their area’s median income. They must also have enough income to qualify for the Section 502 direct loan and demonstrate that they are creditworthy. Applicants also must be unable to afford other housing and mortgage credit.

I wrote Secretary Vilsack out of a genuine sense of alarm. The program is the centerpiece of the initiative to improve housing conditions along the Texas-Mexico border. The elimination of the Section 502 direct program means doing away with the nation’s commitment to provide homeownership opportunity for rural lower-income families.

In his letter, Secretary Vilsack wrote back to me that his department could continue to provide rural homeownership with its Section 502 guarantee program. But surely the Secretary knows the direct and guarantee programs serve different people.

As the Housing Assistance Council points out, In the 502 direct program, USDA is the lender, whereas in the guarantee program the loans are made by banks. Guaranteed loans are at market interest rates, making payments higher for 502 guaranteed mortgages than for direct mortgages. The guarantee program does make loans to some low-income families.

Most of the guarantee program’s participants with low incomes (under 80 percent of area median income) are likely living in high median income communities (exurban areas) and not in poorer rural areas, like the colonias along the Texas-Mexico border. In fiscal year 2009, the average household income for direct borrowers was $26,629 while guaranteed loan recipients earned an average of $46,720. In addition, while slightly over 30 percent of direct loans went to non-whites and Hispanics in FY2010, just 15 percent of guaranteed borrowers were rural minorities.

Self-help housing may well be the most successful homeownership program anywhere. Here in Texas the overwhelming majority of families who benefit from self-help housing are minorities. The need for affordable self-help housing is not limited to the border. The Housing Assistance Council points out that minorities in rural areas are among the poorest and worst housed groups in the US. According to the most recent Census figures, rural minorities have lower incomes and higher poverty rates than the nation and their metropolitan counterparts. Median incomes for rural African Americans ($23,981) and rural Hispanics ($33,517) are lower than the median income for rural whites ($42,160). Consistent with these lower incomes, rural African-Americans experience the highest poverty rates at 33.1 percent, followed by Hispanics at 27.4 percent, compared to whites,

Nationwide, the median income of those with outstanding 502 direct loans at the end of 2010 was $26,700, about half the national median income for all homeowners.

There are a lot of programs at the US Department Agriculture that should be prioritized for elimination before the one program that permits some of the poorest families in rural America to put a roof over their heads with the sweat of their own brow. Secretary Tom Vilsack’s justifications for his priorities as head of the Obama Administration’s rural policy and programs are disgraceful.